The thirteenth annual PEN World Voices Festival of International Literature kicked off yesterday, but even if you missed the first day of festivities, there’s still a lot of compelling events up ahead. This year, the festival is focusing its attention on the relationship between gender and power, and how art can combat bigotry, misogyny and xenophobia, and to that end, the organizers have brought 150 writers from 40 nations together for a combined 70 events in New York City this week.

“The intersection of gender and power has emerged as one of the most pressing flashpoints of our time,” said Rob Spillman, curatorial chair, in a press release. “With politics seeming to fail us, literature and intellectual curiosity are essential catalysts to help see beyond the determined forces that can hold back entire populations and social progress. In an era of nonstop news, text and tweets, the chance to sit down, hear stories and engage in face-to-face dialogue has the power to transcend barriers, both geographically and culturally.”

Even if you can’t make it to New York in person, you can take in some of these events: PEN will be livestreaming events on their website. The only problem with the festival, in my opinion, is that so many great events are taking place at the same time, so it’s just not humanly possible to see them all. Below, I’ve picked a few that sound particularly exciting, but it was almost impossible to choose—so be sure to check out the full schedule for yourself.

Queer Representation and the Media
Tuesday, May 2
Housing Works, 6pm

Now this is extra cool, as you will no doubt know if you’ve ever visited the Tenement Museum on the Lower East Side. This event will take guests through the apartments of the Tenement Museum, with readings by Laurie Anderson, Teju Cole, Jennifer Egan, Vivian Gornick, Min Jin Lee, Lisa Ko, Naomi Jackson, and Mariposa along the way.

Gender, Power, and Authoritarianism in the Dystopian Age
Thursday, May 4
The New School Auditorium, 6:30pm

Marge Piercy, Alice Sola Kim, Namwali Serpell, Basma Abdel Aziz and Jeff VanderMeer gather to discuss reproductive rights and gender issues as they’re presented in contemporary dystopian literature. Fun fact: if you buy your ticket for this in conjunction with The Body Politic: Women’s Rights and Resistance, a conversation between Executive Director of PEN America Suzanne Nossel and President of Planned Parenthood Cecile Richards happening at 8pm in the same location, you get a discount.

Pen vs. Sword: Satire vs. the State
Saturday, May 6
St. Joseph’s College, 7pm

Every day, it seems as though the state of the state is even more of a joke. But not a funny one, alas. In this event, co-presented with Greenlight Books and St. Joseph’s College, Mo Rocca, Abdourahman Waberi, Aleksandar Hemon, Masha Gessen discuss “the challenges of fighting state power that often out-satirizes fiction.” Moderated by Elissa Schappell.

In this discussion, Mara Brock Akil, Rana Abdelhamid, Mona Haydar, and Penina Roth will be interrogating existing narratives about Muslim-American women and discussing how to transcend often-limiting stereotypes and assumptions. Issues of beauty standards, cultural appropriation, faith, and feminism are all in play. Moderated by Rozina Ali.

Another Man's Liberator: Hopeless Votes for Trump in West Virginia 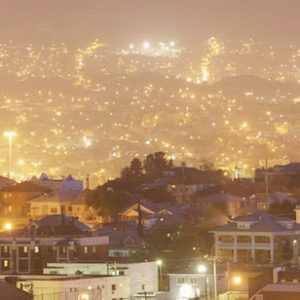 In Mexico in the mid 1990s, the writer and literary critic Sergio González Rodríguez realized that in the forgotten city...
© LitHub
Back to top