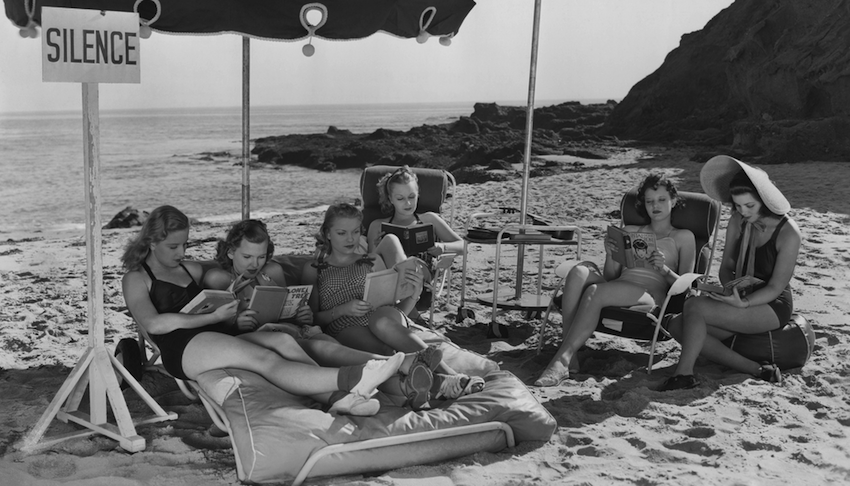 5 Great Beach Reads, Wherever You Are

A New Column from Bethanne Patrick, the Best in Women's Fiction

What is “women’s fiction?”

Authors don’t think so. They talk about writing what they write, about stories with widespread appeal, and about gendered constructs created by. . . marketing departments.

A lot of people. Are they all women? According to the cold, hard facts, well, yes, most of them are. But guess what? Most readers already are (gasp!) women. Yes, Jonathan Franzen, Jonathan Safran Foer, Jonathan Lethem, all you Jonathans—you’re writing for the ages, and you’re being read and evaluated by the distaff side.

But let’s step back for a moment and take a cold, hard look at the books you’ll find listed in my new monthly column here at Lit Hub. I read a ton of literary fiction—always have, always will, and in my latest role as a member of the National Book Critics Circle board, I have to read more of it than ever. I love it, revel in it, and find it is the kind of literature that teaches me the most about the world.

However, everyone who adores the deep, heavy, and formally daring needs a break once in a while. Over the years, instead of reaching for thrillers or straight-up romance, I’ve found myself drawn to the sort of books that skirt the edge of commercial, books that explore women’s global, societal, and biological interiority without apology and consider issues contemporary and historical from the perspective of double-x genetics.

Is this a fair criteria? I have one caveat: No bad books. I won’t read terrible writing, abide superficial characters, or sing the praises of soggy plotlines. But I know that some books are slanted towards women settling in for a great read because these women want more than formula, but they aren’t “over” the stuff of women’s lives that transcends cultural restrictions: Community. Maternity (or not). Identity. Purpose. Kinship. Creativity.

Does that sound strangely similar to what men writers cover? Yes, yes it does. There are plenty of midlist commercial authors who identify as male who write books about interior lives, who examine parenthood and family and the home. They could be included here, they could.

But they won’t be—at least not for a good long while. One of the reasons to define a border of any kind is to protect and enhance those within its limits. We have known for too long that books by women in every genre get less coverage than books by men. We need to rebalance the seesaw, and that means every month I’ll be highlighting five books here with broad appeal—for broads, yes, but for anyone looking for thoughtful, entertaining, well-written fiction that might make you risk a sunburn on the beach, miss your stop on the subway, or burn a casserole in the oven. All of those, by the way, are non-gendered activities. 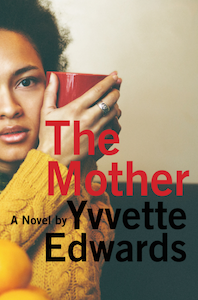 Actually, if you haven’t already picked up A Cupboard Full of Coats, Edwards’s debut, read that now. A Cupboard Full of Coats was on the Man Booker longlist in 2011 and rightly so. Then move on to The Mother, a precise and elegant view of maternal grief in a courtroom setting that nonetheless shows exactly what street life in contemporary London feels like. 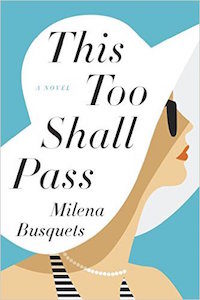 This Too Shall Pass, Milena Busquets (Hogarth, 2016)

This debut novel actually takes place at the beach—yet it’s all about loss, a contradiction that may only be possible in the hands of a European writer like Busquets. Somehow she mixes a heady aperitif of a book that combines quirky, sexy, and gloomy in perfect measures as protagonist Blanca faces losing her mother and her mojo on a Spanish beach. 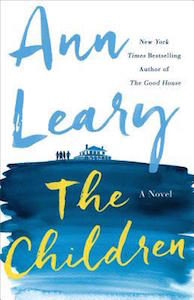 Another book about wacky inbred monied (or once-monied) New Englanders, but people. No one does the unreliable female narrator like Ann Leary, and Charlotte—an agoraphobic who writes a fake mommy blog—is right up there in craziness with Kate Christensen’s fabulous Hugo in The Epicure’s Lament. A cautionary fairy tale about what happens when you think you’re irrelevantly above it all. 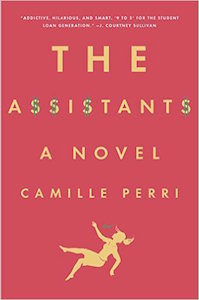 What would you do if you knew you could not fail—at stealing enough money to pay off your enormous student-loan debt? Perri (formerly books editor at Cosmopolitan) has her finger on the throbbing angry pulse of young urban professionals who send off most of their paychecks to the bank each month, as well as a fast, fun plot with a very modern redemptive twist. 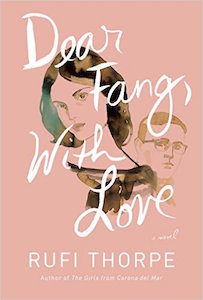 Even after finishing this terrific sophomore novel (how often does one get to say that?) by Thorpe (her debut novel being The Girls of Corona del Mar), I’m still not sure why Lucas, who fathered his frighteningly bipolar and frighteningly smart daughter Vera when he was just sixteen, takes her to Lithuania. Yes, there’s a connection with his grandmother, but that matters less the more we learn about father and daughter. 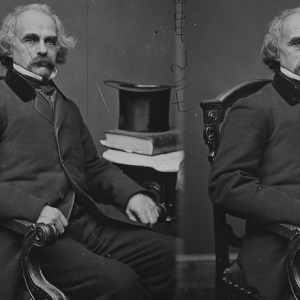 Announcing the 2016 O. Henry Prize stories, plus read six of the winning stories from Ottessa Moshfegh, Adrienne...
© LitHub
Back to top
Loading Comments...