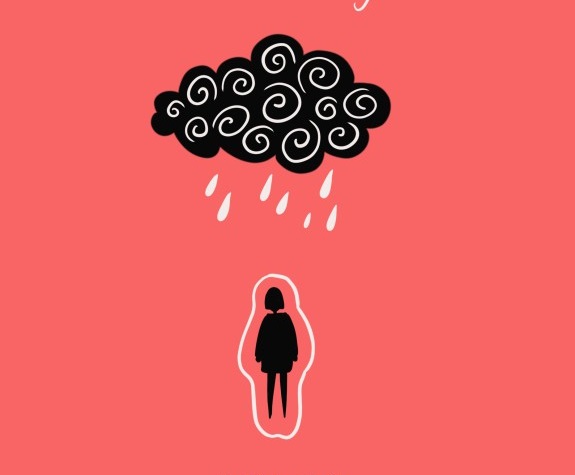 5 Books You May Have Missed in May

From Doomed Children at Camp to Mysterious Russian Memoirs

Writing this column allows me to indulge my passion for fiction—but it also allows me, more specifically, to indulge my passion for fiction in translation. Bear with me for a moment. I know we all have lots of things begging for our time, and while, if you’re reading this, you probably care about literary fiction, you also need to eat, work, play, and occasionally watch Fleabag. But if we only read books by American writers, how will we ever understand what’s going on in the rest of the world? In May, there were many new releases from other countries, and here you have five of my favorites, from Finland, France, the Democratic Republic of the Congo, Somalia, and Russia. 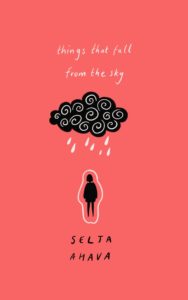 Selja Ahava, Things That Fall from the Sky, translated by Emily and Fleur Jeremiah (Oneworld)

Selja Ahava’s Things That Fall from the Sky will draw you in quickly if you’ve read The Black Swan by Nassim Taleb, in which Taleb posits the idea of “black swans,” highly improbable events that are unpredictable, carry massive impacts, and from which we afterward concoct explanations to make them seem less random than they actually were. Finnish author Ahava takes three disparate occurrences and, through narrative magic, connects them. Her plainspoken style allows readers to participate in what begins to feel like fate. In other words, a literary fairy tale. If you don’t believe in coincidence, if you don’t care for fairy tales, you may find this slight book off-putting. But if, like me, you love books like Erwin Ivey’s The Snow Child, give this one a try. People who live in cold climates need stories that can be spun and unspun around warm hearths. 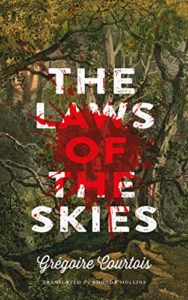 Caveat lector: Do not attempt to read The Laws of the Skies by Grégoire Courtois while on any kind of camping trip—and, Trigger Warning: Do not read this book if you aren’t ready to cope with terrified and, ultimately dead, children. So why am I recommending it? Because the Burgundian Courtois (who, beeteedubs, owns an indie bookstore) has written what Publishers Weekly has already called a “a modern Lord of the Flies,” but is actually less allegory than that classic and more fable. We know that the one dozen six-year-olds on a camping weekend with their teacher and two chaperones are doomed, in nursery-rhyme cadence: “And there you have it. The children were on their way. They would never return.”

While no one wants to contemplate a child in pain, or dying, the toughest and perhaps most salient aspect Courtois touches on about all humans is how we cry for our mothers when we’re in any kind of danger or distress. A haunting book, if you can keep reading. 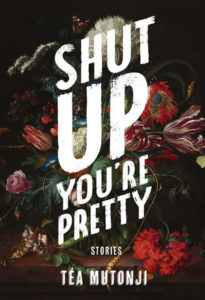 How cool to be the first pick by Vivek Shraya’s new imprint! Shut Up You’re Pretty by Téa Mutonji is a story collection by an Afro-Canadian writer whose style beautifully reflects Shraya’s trans/queer identity and aesthetic. (Shraya’s She of the Mountains was a 2015 Bisexual Book Award finalist). While Mutonji lives and writes in Toronto, her Congolese background informs the 12 stories featuring a protagonist named Loli, who navigates life as a BIPOC in present-day Canada. The author’s use of deliberately brief sentences may, perhaps, reflect that English is her third language—but this stylistic choice is also effective, as Loli pivots from family identity to individual longings. 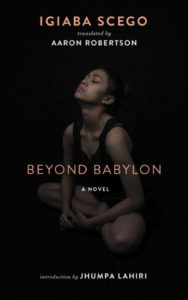 Beyond Babylon by Igiaba Scego (which boasts an introduction by Jhumpa Lahiri) won a 2018 PEN/Heim translation grant, fitting for a novel whose very title interrogates the notion of language. “Language is for telling, for revealing,” notes Lahiri in her Introduction—but she also reflects on how it can also become a means of oppression. Award-winning author Scego, born in Italy to a family of Somali origins, writes about oppression in Italy, Somalia, and Argentina, twining together developed-country colonialism with developing-country corruption as she tells the story of two sisters who meet in Tunisia, their shared father the patriarchal key to how the plot’s strands meet. For any readers who haven’t yet recognized how fast and furious global concerns and tongues are mixing today, Scego’s complicated, feminist fiction will blaze a path forward for them. 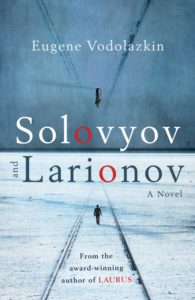 I don’t mean to favor Oneworld Publications by choosing two of its books this month, but Solovyov and Larionov by Eugene Vodolazkin simply cannot be ignored, shortlisted as it is for two of Russia’s biggest book prizes, one of them named “Russia’s National Big Book Award.” Solovyov, a history student, begins to study the copious memoirs left by General Larionov of the Imperial Russian Army. Mysteriously, Larionov evaded execution at the hands of the Bolsheviks following the Crimean War—and perhaps his memoirs explain why, along with providing some clue about how Russian history unfolded in the 20th century.

“Needless to say, Solovyov was not the first to devote himself to studying the famous general’s biography,” the narrator wryly states. But might he be the first to figure things out? A stranger comes to town, the classic plot. One moment—could the stranger be Solovyov instead of Larionov? Vodolazkin makes the everyman more vivid than the historical figure, in a smart and often humorous account of contemporary Russian life that reminded me several times of his fellow citizen Svetlana Alexievich’s nonfiction. 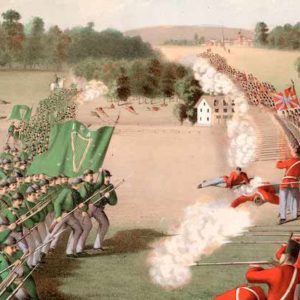 A little over a year after the end of the Civil War, a private army of Irish-Americans marched into battle to undertake one of the most...
© LitHub
Back to top
Loading Comments...