5 Books You May Have Missed in March

In the year or so I’ve been writing this column, I’ve begun to pay more attention to smaller presses, and not simply because their books are ones often missed by readers. I’ve begun to pay more attention to the quality of the work small and independent and university presses release—and the particularity of that work. When you don’t try to cater to everyone’s taste, you sometimes hit a mark that would otherwise be overshot or overdone. Among this month’s selections: a relationship between a Canadian and a South African teenager, a fluffy detective caper, and an ominous sci-fi take on global warming. 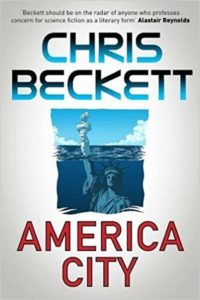 In America City by Arthur C. Clarke-award-winner Chris Beckett, a 22nd-century United States called “GuardianAmerica” attempts to remain unified in the face of devastating climate change realities. One Senator Slaymaker from Washington State runs for president on the unification platform, and we learn more through his British-born PR, Holly Peacock. As powerful hurricanes devastate the east coast, southern towns have less and less water, forcing refugees to head north—where they meet with little welcome, and threats of “frontier control.” As Slaymaker vows to heal the new north-south divide, Holly finds a way. Of course, it’s a dirty way. And it has consequences. Big, big consequences. As she attempts to manipulate the near-instantaneous “whispernet” to keep things under control, she and her boss and the others around them have to decide if action versus passivity is always the best choice. Unsettling and important. 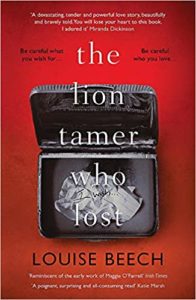 The Lion Tamer Who Lost takes place in England and Zimbabwe, and it’s the perfect next read for those who saw the compassion behind Elinor Oliphant is Completely Fine. Beech, who has been a Booker Prize finalist, writes novels with love at their heart, reminding us that what we call “literary fiction” derives from the modern concept of “romance.” No, this is not high art, but neither is it mediocre formula. Ben and Andrew’s relationship is quietly and tenderly written, and the Big Symbols (Look! A lion who holds a lesson!) are kept firmly in place. Not every book has to be cracked like a code, especially those that are about the cracks in the human heart. Worth it. 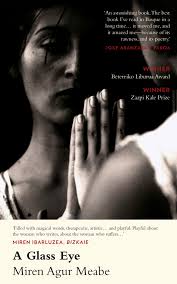 From Parthian Books comes Miren Agur Meabe’s A Glass Eye—tell me, when was the last time you read a book translated (by Amaia Gabantxo) from Euskadi? Our narrator is a woman in her late forties, who immediately tells us she lost her eye, “the left one,” when she was thirteen. Now divorced, grieving her mother lost to ovarian cancer, the woman has decided to quit her job, move away, and make her living as a fulltime writer. In a small French village, she attempts to contain her pain and take the measure of her powers, and while readers will know that her powers lie in the lack of containment, she does not. Her unguarded and brief chapters (“A Glass Eye is an Object,” “The Importance of Dreams,” “Enucleation Technique”) feel artless, but of course are not. As she finds solace, so do we. Not exactly like Jenny Offill’s Department of Speculation, but will appeal to those who loved it. 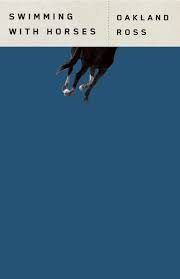 Swimming with Horses comes to us from that “foreign country” next door—meaning Canada. We neglect Canadian literature, and that’s too bad. After all, much of it doesn’t even require translation, people! Ross’s third novel is part mystery, part coming-of-age, about 15-year-old Canadian Sam Mitchell and his early 1960s relationship with 18-year-old Hilary Anson, a beautiful young woman from South Africa who has arrived to stay with a relative. From Hilary’s troubled past at home to the pair’s discovery of a troubling cache of weapons, the novel’s pacing may be one of its strongest points, as it mimics the blink-of-an-eye quality of adolescence. 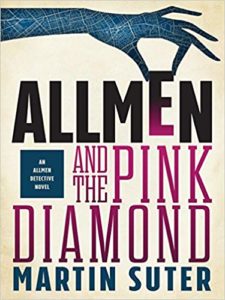 Caveat pretentious lector: Martin Suter’s Allmen and the Pink Diamond (translated by Steph Morris) involves a pretentious German “gentleman thief” (he went to Charterhouse, veddy posh) and his Guatemalan butler/sidekick. It’s a tongue-in-cheek, heart-in-the-right-place throwback to the golden age of mystery novels in which international intrigue, James Bond-level luxury, and some well-meant shtick play well in the sandbox together. A favorite moment from early on is about Allmen’s website tag line: “’The art of tracing art,’ solely in English, as it didn’t translate so elegantly into German.’” As Allmen and Carlos engage with the world of high-frequency trading, they also chase down a world-class gem (its name a nod to Cato’s employer, naturally). Pure light fun for cozy fans.

Where Grizzly Bears and Hobby Farmers Come Face to Face

The Timeless Appeal of an American (Library) in Paris 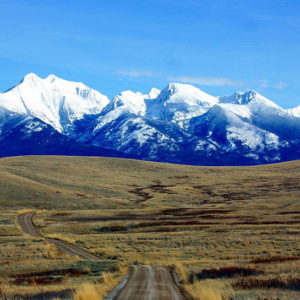 Where Grizzly Bears and Hobby Farmers Come Face to Face

Human hunters moved north into what would become Montana on the heels of the receding ice, coming into the Mission Valley...
© LitHub
Back to top
Loading Comments...