January was too cold to do anything but stay inside, and if you’re going to stay inside, you might as well read. These temperatures are a sign from the universe that we bookish types are correct in having cultivated our reading superpowers, able to sit still and warm for hours on end. Among the January titles you might have missed: A bleak and surprising tale of 1990s Palermo, a gritty circus murder mystery, and stories of love and mythology. 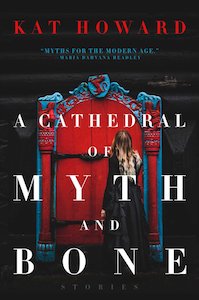 A Cathedral of Myth and Bone contains 16 tales of contemporary people whose lives slip into the realm of ancient storytelling, often through magical realism. Howard, an award-winning fantasy author who has written books set in Neil Gaiman’s Sandman universe, as well as collaborated with Maria Dahvana Headley (The Mere Wife), grounds her fascination with the supernatural through concerns with identity, community, and spirituality. The longest and strongest piece in the book, a novella called “Once, Future” (a play, of course, on T.H. White’s Arthurian fantasy The Once and Future King), recasts Camelot entirely through the eyes of women. 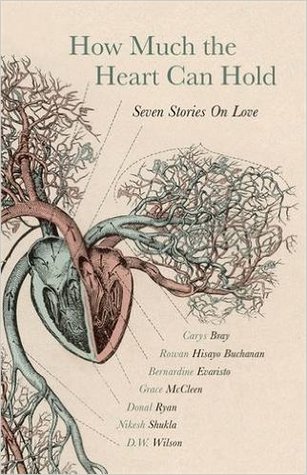 How Much the Heart Can Hold: Seven Stories on Love
(Sceptre)

You might see this title—featuring contributions by Carys Bray, Rowan Hisayo Buchanan, and Bernardine Evaristo—and think it’s “just” love stories, but what the title fails to convey is that the seven collected stories, by truly gifted writers, each focus on a specific type of love: Agape, Mania, Storge (love for family), Philautia (self-love), and so on. For example, “La douleur exquise (the pain of unrequited love)” is conveyed through a story by Buchanan called “Before It Disappears,” about a man caring for his wife who is dying from an eating disorder. “He should be disgusted by her. At this stage of starvation, women aren’t supposed to be beautiful. But she is exquisite.” These stories are on love, sometimes even about being in love, but they aren’t necessarily lovely. Which is wonderful. 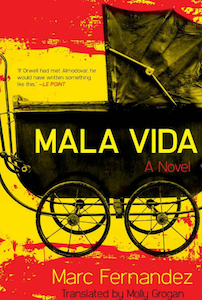 You probably aren’t familiar with this noir novel, even though it’s won prizes in other countries. It’s modern, post-Franco Spain, but the Right has come back into power after over a decade of socialist rule. Diego Martin, a radio journalist, discovers an old crime syndicate of baby stealers, and he becomes involved despite his desire to keep his job through rounds of media purges he knows will come. The murders connecting the stolen infants keep Martin on his toes, but Fernandez manages to do the same for readers, in a dynamic, sophisticated book that will leave you eager for more. Alas, we’ll all have to wait: Fernandez’s second novel, The Guerrilla Social Club, is out in France, but not here—yet. 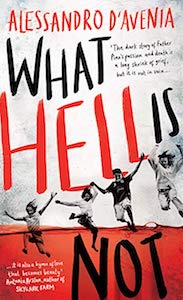 Alessandro D’Avenia, What Hell Is Not
(Oneworld)

If, like me, you are a fan of Elena Ferrante’s Neapolitan Quartet, I urge you to check out What Hell Is Not, based on the story of Father Giuseppe “Pino” Puglisi, a Roman Catholic priest who worked in the crime-ridden, Mafia-controlled Naples neighborhood of Brancaccio. As the curate of San Gaetano, he spoke out against the local Mafia, opened a shelter for underserved children, and urged his parishioners to eschew illicit activities. Tragically, Father Pino was shot at point-blank range on September 15, 1993, his 56th birthday. He has been beatified. But D’Avenia’s novel spends less time on his death and beatification and much, much more time on how a privileged local youth named Federico learns from his beloved priest that there is more to life and hope than the desires of the comfortable. It’s a strangely poetic and maybe even slightly disorganized, but gorgeous, authentic book. 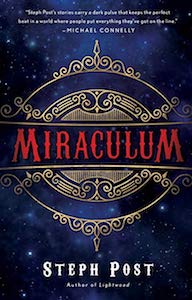 This would be the aforementioned “circus novel,” set in 1922 amidst the Deep South travels of Pontilliar’s Spectacular Light Miraculum, a carnie-cum-freak show more shabby than chic. When the troupe’s geek (did you know “geek” meant a fellow willing to bite the heads off chickens and snakes?) hangs himself and a stranger named Daniel claiming geek status appears, the game’s afoot. Pontilliar’s daughter Ruby, the snake charmer, thinks Daniel is behind more than one murder, but she can’t prove it. To say much more would force spoilers, but even if you knew the entire plot you’ll gain a great deal from reading Post’s bleak, gritty descriptions of what life on the road once meant for entertainers and outsiders.

"The Waters of Time" 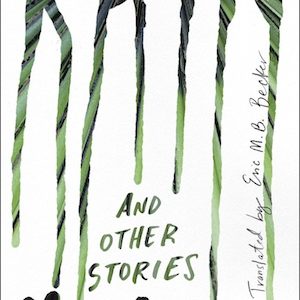 "The Waters of Time"

My grandfather, in those days, would take me down the river, tucked into the tiny canoe he called a concho. He would row,...
© LitHub
Back to top
Loading Comments...