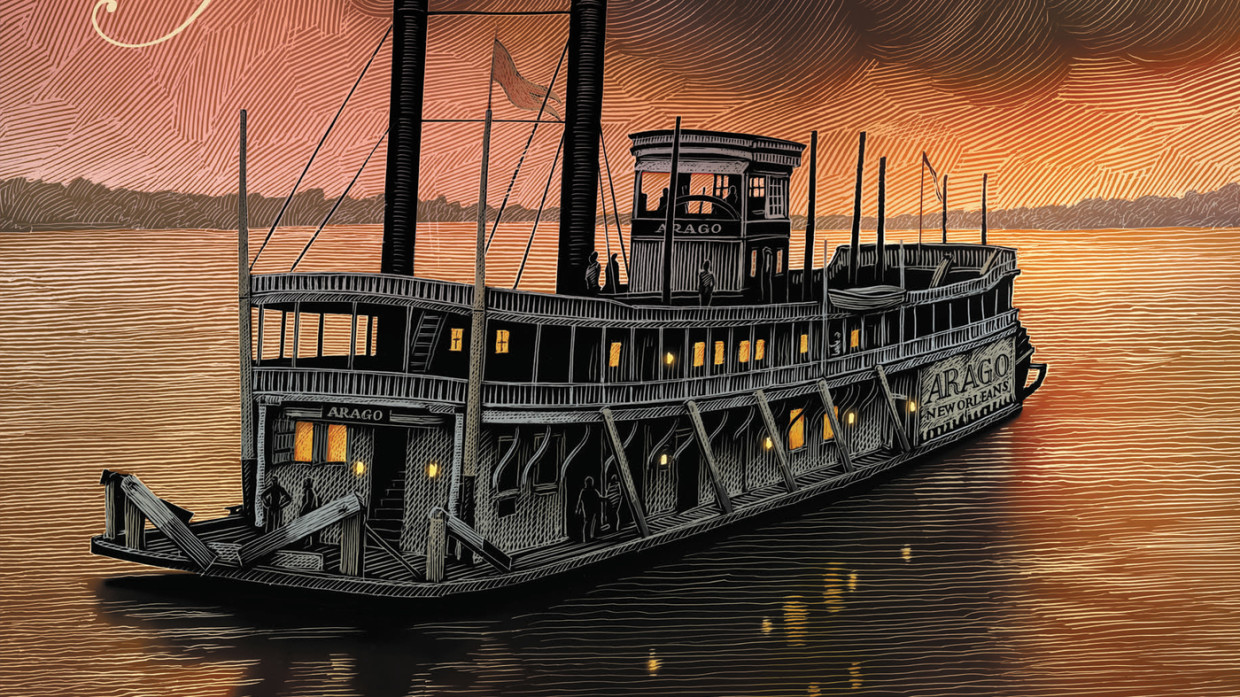 Chilean-born author Isabel Allende continues to expand her scope with a novel that spans decades and continents. Oscar Hijuelos’ posthumous novel, more than a decade in the making, strikes Dwight Garner’s funny bone. John Irving reads a bedtime story about a bear to Stephen Colbert; his new novel gets a range of responses. The National Book Awards countdown continues (awards to be announced Nov. 18). And Chimamanda Ngozi Adichie wins the Baileys Prize for Women “best of the decade.”

Allende’s first novel, The House of the Spirits, published in 1982, swept readers away with its intoxicating mix of storytelling, history, politics and magical realism. Allende continues to enthrall readers and inspire reviewers.

Much of the success of The Japanese Lover, writes Ron Charles (Washington Post) “stems from its ability to keep the past and present stories equally engaging — to reflect, in a sense, these alert residents, who can reminisce without losing interest in their current surroundings. Alma’s history, as the title suggests, includes her relationship with a Japanese American at a time when such a romance was unacceptable to her family and peers. But now, having outlived those racist decades, Alma may have a chance for the happiness that was denied her long ago. And that romantic suspense winds around the much darker story of Irina’s past, which is stained by a crime so ghastly that she’s determined never to let anyone close again.”

“The ‘Japanese Lover’ of the title is Alma’s soul mate, Ichimei Fukuda, youngest son of the Belascos’ gardener,” writes Agnes Torres Al-Shibibi (Seattle Times). “Theirs is a transcendent love undeterred by separations over the years, beginning with the Japanese-American Fukudas’ internment in 1942…. Some of Allende’s most vivid writing is in the passages that personalize this shameful chapter of American history, when more than 120,000 men, women and children were interned in ten concentration camps in the country’s interior.

Carolina De Robertis (San Francisco Chronicle) expands the focus beyond the love affair at the heart of the book. “…romantic passion is not the core of Alma’s journey; she is a complex woman whose choices, as they unfold, reveal a pragmatism that her friends do not question but that some readers might experience as cowardly. In some ways, this book is indirectly about privilege — white privilege, and class privilege — and one woman’s fear of divesting herself of these protections, even for love. This is also a book about the ways that choices, large and small, accrue over a lifetime, and the quiet alchemy through which a person might make peace with those choices in old age.

Laura Albritton (Miami Herald) also explores the complexities of love: “We learn why Alma marries Nathaniel instead of Ichimei and the part racial prejudice plays in that decision. The reader also discovers why, despite Seth’s pursuit, Irina finds herself unable to trust any man. Certain revelations are disturbing, but love ultimately helps each woman survive. Like the incomparable storyteller she is, Isabel Allende does not release us from the novel’s spell until the last pages, with a brief but bittersweet hint of her famed magical realism.”

Hijuelos’ posthumous historical novel is about the friendship between two men who both were world famous in the late 1880s. Twain is still widely known; Stanley not so much. Hijuelos settles the score, adding his own seductive storytelling powers.

Twain and Stanley Enter Paradise is about a friendship, writes Jason Sheehan (NPR) “–the strange beginnings of it (they met in their youth, on the deck of a steamboat, while both were still in the process of becoming the men they would eventually be), the muddy middle (money problems, women problems, legacy problems born of the political views that divided but never quite separated them), and the way it ended with Stanley’s death 37 years later.”

It is, Sheehan adds, a lie. “A historical fiction, based on a decade’s worth of research, but done with Hijuelos putting words in the mouths of these two great lions….Hijuelos spins a great tale, rich with details of New Orleans, St Louis, the Arkansas river bottoms, New York, London and elsewhere at a point in history where it seemed like everything in the world was changing every single day.”

Part of the fascination, for American readers, Dan Cryer (Newsday) points out, is how little we know about Stanley:

While eventually hailed as a hero for opening the continent to Europeans — his image on candy boxes and tea tins, knighted by Queen Victoria — Stanley grew up in Dickensian poverty. Born out of wedlock and abandoned by his mother, he spent his boyhood in a Welsh workhouse and never overcame the shame of being an unwanted child.

Irving joins the parade of bedtime storytellers on the Stephen Colbert Show with a story about a bear, and provokes a range of responses with his fourteenth novel.

“Irving’s new novel…is fascinated with the portrait of the artist as a young man: How does a child progress along the avenue of mysteries that leads to becoming an adult storyteller?” writes Ron Charles (Washington Post).

And he’s deliberately kind about its flaws: “Juan Diego’s memories of adolescence around 1970 in Oaxaca compose some of the most charming scenes that Irving has ever written. He’s still an unparalleled choreographer of outrageous calamities that exist somewhere between coincidence and fate. (It would hardly feel like an Irving novel if a shower stall didn’t collapse on somebody, startling a nearby elephant into dragging around a dead horse.) The episodic structure of “Avenue of Mysteries” would lend itself to spectacular excerpts, which is the kindest way I can suggest that the parts of this novel are better than its ambling whole.”

Mr. Irving has always been a vivid writer about sex. In his fiction he offers a dark-roast blend of the frank and the weird. The weird, in this case, is that this mother and daughter, in specterlike fashion, can’t be seen in photographs or mirrors. When the daughter reaches an orgasm (“this girl is a multitasker,” Juan Diego comments) she begins to scream in the Aztec language of Nahuatl.

“Run, Juan Diego!” the reader thinks. He does not run. The sex is too ecstatic. More important, his dreams are flooding back. During this fornicating, his reeling mind casts back over the details of his life.

This feels so good he tends to go off his meds, the beta-blockers at any rate. His dream-memories comprise the bulk of this antic novel. And as Mr. Irving observed in A Prayer for Owen Meany (1989), “memory is a monster.” Summarizing the plot of a John Irving novel is like trying to divert the Nile River into a champagne flute.

“The novel, with its Latin American settings, its pervasive magic realism and its slightly formal, incantatory style, seems like a nod to another of the greats, Gabriel García Márquez, whose One Hundred Years of Solitude Irving recently included on a ‘top ten novels’ list,” notes Colette Bancroft (Tampa Bay Times).

The dump scenes are vivid and full of a tender weirdness. Lupe is one of Irving’s quirkiest female characters. Juan has to translate for her because nobody can understand her when she speaks; she reads minds and has an immaculate memory.

Miriam and Dorothy wield achingly familiar phrases and songs. Maybe they’re more ethereal than they seem? Like all of Irving’s novels, “Avenue of Mysteries” is about awakening — to the past, to hidden emotions, and to the truth and weight of trauma and childhood. Only this time, the narrative is dreamier and more ruminative.

Refund, novelist Karen E. Bender’s first short story collection, is a National Book Award finalist. Its theme: how money becomes the defining issue of the early twenty-first century. Bender reads from the book at Prairie Lights on a trip back to Iowa City, where she studied at the Iowa Writers Workshop.

Money is the collection’s organizing principal. But, points out Caitlin Macy (New York Times Book Review) “Bender’s subtler preoccupation is the eroding effect of emotional want. With the exception of a few stories set in New York and Los Angeles, the neighborhoods that Bender’s characters inhabit are notable only for their Target- and Walmart-­accessible featurelessness. Home is “a community splashed onto an area that should have remained desert” or “a midsized city in South Carolina.” These are places “people ended up,” not places they move to with any conviction. Businesses fail (in one story it’s website construction; in another, appliance repair), and collaterally, so do marriages.”

Meredith Maran (Los Angeles Times) notes: “Taken separately, each of the Refund stories is an impeccably constructed miniature, a ship in a bottle that makes the reader wonder how the author got all that detail, all that craft, into such a small container. Taken as a whole, the collection is a 13-stop journey into some richly imagined worlds.”

Half of a Yellow Sun, Chimamanda Ngozi Adichie

“To go by her latest adornment, which reinforced her radiance as a writer, Chimamanda Ngozi Adichie has entered elite space in an elitist enterprise,” The Nation announces.

When Adichie won the award at the age of 29, Muriel Gray, who chaired the judging panel, was quoted as saying: “For an author, so young at the time of writing, to have been able to tell a tale of such enormous scale in terms of human suffering and the consequences of hatred and division, whilst also gripping the reader with wholly convincing characters and spellbinding plot, is an astonishing feat. Chimamanda’s achievement makes Half of a Yellow Sun not just a worthy winner of this most special of prizes, but a benchmark for excellence in fiction writing.” Critics were dazzled, as well, when the novel was published in 2006.

Rob Nixon, reviewing Half of a Yellow Sun for the New York Times Book Review, set the stage for American readers:

Are we ready for a novel about an imploding nation riven by religious strife and bloody wrangling over who controls the military, the civil service, the oil; a novel about looting, roadside bombs, killings and reprisal killings, set against a backdrop of meddling foreign powers? A novel in which several once-colonized peoples chafe against the nonsensical national boundaries that bind them together, in which citizens abandoned on the highways of fear must choose between a volatile federation and destabilizing partition?

Half of a Yellow Sun takes us inside ordinary lives laid waste by the all too ordinary unraveling of nation states. When an acquaintance of Olanna’s turns up at a refugee camp, she notices that “he was thinner and lankier than she remembered and looked as though he would break in two if he sat down abruptly.” It’s a measure of Adichie’s mastery of small things — and of the mess the world is in — that we see that man arrive, in country after country, again and again and again.

In a glowing review, Maya Jaggi (The Guardian) concludes, “Born in 1977, Adichie is part of a new generation revisiting the history that her parents survived. She brings to it a lucid intelligence and compassion, and a heartfelt plea for memory.” 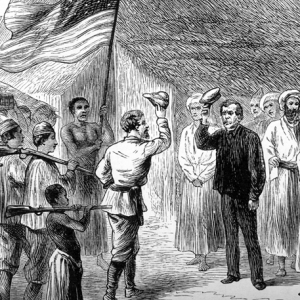 Raymond Chandler’s biographer on the man who cared little for plot (but loved a good simile more than anything). | Literary...
© LitHub
Back to top
Loading Comments...