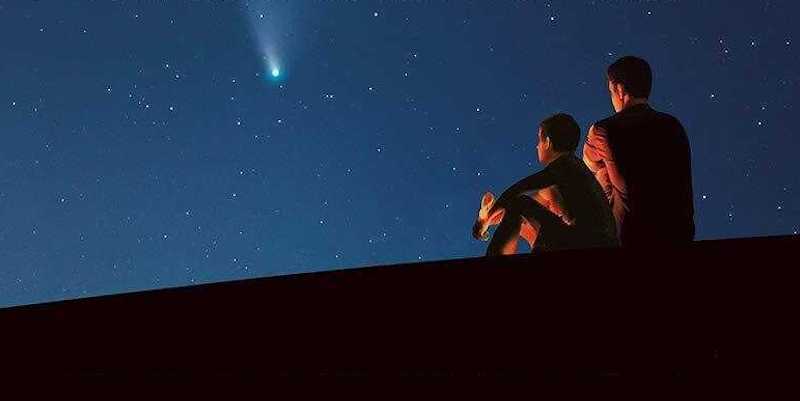 “Writers have long dramatized political and ethical problems, and to some readers they appear well positioned to offer moral guidance. Franzen seems more than happy to answer the call. For years now, his work has been marked by his creeping fear that the world is in need of an urgent intervention—and why not from him? … An American Dickens, he works in the genre of social realism, crafting major and minor characters who can represent different types of people and divergent political positions. He stages familiar debates—about climate degradation, digital privacy, the student debt crisis, and the secular age—in a familiar literary mode. His ambition is his strength and, sometimes, his downfall … Crossroads is a different mode, even a different genre for Franzen, as it explores a world-ordering system with less satire and more earnestness. And unlike his last three novels, Crossroads isn’t exactly social realism. It’s closer to a novel of ideas, though it’s not quite this either…The irony of Crossroads is that it’s a novel of ideas about the inadequacy of ideas—a book full of people thinking that dramatizes the danger of too much thought … Crossroads may not be a return for Franzen, but it is something like a retreat: from the urgencies of our current moment, and from the ways that they warp our literary discourse. The historical moment that Crossroads depicts—of asking big, existential questions, or of working hard to avoid having to—feels definitively like the past.”

“Of all​ the novels responding to the Trump presidency, Richard Powers’s Bewilderment may come closest to pure propaganda. Set in a slightly worse and slightly more technologically advanced version of the present—popular adjustments in recent fiction—Bewilderment takes aim at the administration’s xenophobia and persecution of foreigners, its anti-science and anti-environmental policies, and its attempts to undermine democracy. In the novel, a coup successfully keeps the malevolent incumbent in office, with fatal consequences for its protagonists…It’s hard to think of Bewilderment as a political novel, however, since most of its politics will be innocuous to any imagined audience … It’s curious that in Bewilderment, as in Powers’s previous novel, The Overstory, his epic of tree consciousness and ecoterrorism, love and empathy more often bloom between humans and plant life than between humans themselves. Still more curious is the prize attention these books have attracted: The Overstory won the 2019 Pulitzer and the 2020 Howells Medal for the best American novel of the past five years; Bewilderment is on the Booker shortlist and was on the National Book Award longlist. The simplest explanation is their lowest common denominator liberalism: a combination of self-pity, self-flattery, self-flagellation and baseline contempt for declared (Trump) and putative (unscienced) enemies.”

“Silverview, the final completed novel by the master of spy fiction, John le Carré, arrives 10 months after his passing, like light from a dead star to illuminate nothing less than the slippery nature of truth and the very concept of loyalty … In many ways Silverview is a fitting conclusion to the long career of a writer who redefined an entire genre with the deceptive ease of pure genius … In this final work le Carré has lost none of what made him remarkable: here are characters operating at the very limits of their own endurance, confronting fundamental truths that have the disturbing quality of prophecy … The novel is exquisitely poised in the present moment, set in a flat Fenland scarred with relics of past conflicts, facing a sea that threatens to sweep all away … In this concise, tightly focused novel, every reference has weight … filled with joy in the resilience of the human spirit, and with love. Le Carré’s compassion for his characters shines through, along with the gleam of humour. It’s also deeply thrilling, in the best way: old spies resurrecting their tradecraft, younger men discovering whether or not they can trust their instincts, a multiplicity of small betrayals and one or two grand sacrifices … It’s not a perfect book (if such a thing exists)—some of the characterisation feels stereotypical … We had more from John le Carré than we had any right to expect: we can be grateful for what he left us.”

“…what’s new in Beautiful World, Where Are You is a heightened self-awareness, conveyed mainly through Alice and Eileen’s correspondence. Having thoroughly metabolized the likely reception of a Sally Rooney novel, Beautiful Worldseems eager to sucker-punch its critics by clarifying its own viewpoints beyond all doubt. Through her characters, Rooney strides into the arena in full debate-champ regalia, penning mini-essays about identity politics, extractive capitalism, Catholicism, climate change, theories of sexuality, Manet’s portraits of Berthe Morisot, and Late Bronze Age collapse … Rooney’s strategy of autofiction-baiting is counterintuitive—pulling aside the curtain only to insist we pay no attention to the author behind it. But the point is well taken. It’s wrong to base criticism on fragments of an author’s public persona; books should be judged by the terms they set for themselves … So rather than represent a generational vanguard, this book is straightforwardly rearguard, not just in structure but in worldview: averse to pop, bibliophilic, Old Left, and proudly dowdy, placing at its emotional center the virtues of family, monogamy, and just a tiny bit of God. Any critic keen to describe Rooney’s appeal as a function of her youth is in for a shock of the old… ‘The problem with the contemporary Euro-American novel,’ Alice contends earlier in the book, ‘is that it relies for its structural integrity on suppressing the lived realities of most human beings on earth.’ Yet Beautiful World doesn’t resist or challenge this notion but rather capitulates to it, offering the comforts of a more beautiful age that it knows never existed … for a novel that condemns the dearth of beauty and taste in modern culture with such magisterial disappointment, it’s fair to ask whether it lives up to its own standards.”

–Tony Tulathimutte on Sally Rooney’s Beautiful World, Where Are You (The Nation)

“Brief and devastating … One Friday in April evokes, as vividly as any book since William Styron’s Darkness Visible,the ongoing present tenseness—or present tension—of suicide, which Antrim describes as a condition in and of itself … he has embarked on an essential reimagining: suicide not as act or outcome but as illness, chronic and debilitating, even when it doesn’t end in death … We know he has survived, of course, but the terms of this survival remain conditional, even so many years after the fact. It’s a deft and unexpected approach, diffusing narrative tension in favor of a more inchoate set of anxieties, which only expand the deeper we read. At the same time, this enables One Friday in April to move fluidly between recollection and reflection, between what happened and the questions it provokes … So what is there in the end, if not resolution? A strategy for engagement, for reframing suicide as comprehensible—paradoxically—by rendering all our easy explanations moot. ‘The purpose of suicide is death,’ Antrim insists, ‘not what we may think of as rage, revenge, or atonement for sin. To the extent that the suicide acts, it is but a falling away.’ Suicide, in other words, is its own country, and we must approach it on its own terms.” 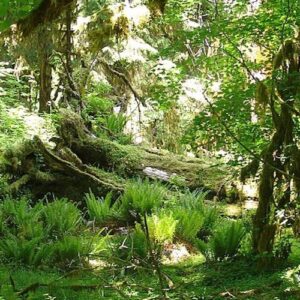 I can’t recall exactly when the night voices began, but lately they’ve been speaking at a pitch that’s been difficult...
© LitHub
Back to top
Loading Comments...