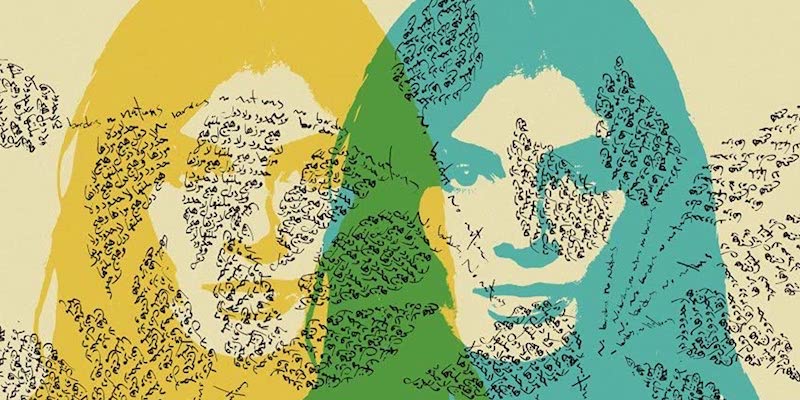 Alexander Chee on E. M. Forster, Judith Butler on The Right to Sex, Dina Nayeri on Rabih Alameddine, and more

Our basket of brilliant reviews this week includes Alexander Chee on William di Canzio’s Alec, Robert Jones Jr. on Gayl Jones’s Palmares, Julian Lucas on Percival Everett’s The Trees, Judith Butler on Amia Srinivasan’s The Right to Sex, and Dina Nayeri on Rabih Alameddine’s The Wrong End of the Telescope. 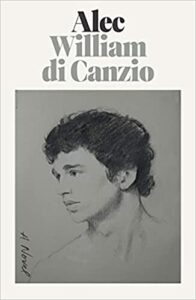 “The challenges di Canzio faces are various: Most Forster fans have not read the original novel, largely because of the hostile discourse that appeared as soon as it was published; and those fans who have read it may feel possessive over Alec, in part as a response to that hostile discourse. A reinvention of Maurice is a literary experiment, then, that might invite much protest from the audience most likely to enjoy it, and may require some explaining to the audience that might enjoy it but not otherwise read it at all. It is also daunting to borrow some of Forster’s characters, who bring the expectation of the music and technique that surrounded them in their native environments—a Forsterian music and a technique no debut author should promise lightly to anyone … it seems to me that among Alec’s missions is to reopen that discussion, with the question of just what Forster was doing when he wrote and published Maurice, and why … Forster’s reading public did not ever really know him, and for some, like Ozick, this felt like a betrayal. As if he owed his reader any truth other than what was in his novels, or any life other than the one he lived in writing them. There was not the slightest bit of anger at what the world had denied Forster, and only contempt at what he himself might have denied himself as a result … The idea that he would write a happy ending seemed to generations of readers a dedication to something impossible, utopian, and even craven, derided in a number of ways. Yet it was riskier than his critics acknowledge—one could as easily call Maurice dystopian, when describing the world into which he and his characters were born … By adding the character named Morgan to Alec, he places Forster into the imaginative world of his own novel… Di Canzio reunites Maurice with parts of Forster’s biography both close to Forster’s heart and missing from his fiction, even from Maurice.”

“Surrounding Gayl Jones is an aura of violet light … Palmares is an odyssey, one woman’s search first for a place, and then for a person … Jones writes in ancestral tongues, shifting between languages, going from dialogue to dream-speak, fever to prophesy, sometimes midsentence … This book takes patience. Time sometimes stretches, sometimes collapses in on itself … Jones’s writing is most potent when it blends the ethereal and the corporeal, as if it comes from some celestial place … Her oracular integrity comes into question, however, when she introduces characters who are lesbian or gender nonconforming. … What can explain these scenes? They are filtered through Almeyda’s eyes, and we learn early on that on the plantation, Almeyda has been raised Catholic, presumably to believe homosexuality is a sin … Mercy, this story shimmers. Shakes. Wails. Moves to rhythms long forgotten. Chants in incantations highly forbidden. It is a story woven with extraordinary complexity, depth and skill; in many ways: holy … The story ends not exactly in medias res, but on a beat that begs continuation. This feeling of masterpiece-in-and-as-process is deliberate, and genius.”

“…nothing he has written could be sufficient preparation for his latest book, The Trees, a murder mystery set in the town of Money, Mississippi. The novel begins, stealthily enough, as a mordant hillbilly comedy, Flannery O’Connor transposed to the age of QAnon … What begins as a macabre sendup of the unreconstructed South culminates in a more unsettling and possibly supernatural wave of vengeance, as the killings assume the dimensions of an Old Testament plague … Corpses are omnipresent in Everett’s fiction, their disruptive energies catalyzing important revelations. In his comic novels, they often fall prey to cultists, body snatchers, and creepy morticians, serving as carnivalesque reminders of the self’s plasticity. In his thrillers, mostly set in the American West, they become traces of atrocities that might otherwise remain invisible: torture, toxic pollution, massacres, femicide … synthesizes many of these abiding preoccupations: race and media, symbols and appropriation, and, especially, the unsettling power of corpses to shock and reorient the living. The novel can be read as a grisly fable about whose murder counts in the public imagination—reprising the question that Emmett Till’s mother, Mamie Till-Mobley, confronted in 1955: How do you make America notice Black death? … The satire’s ultimate target is America’s inability to make cultural sense of atrocities that it has never fully acknowledged, much less atoned for.”

–Julian Lucas on Percival Everett’s The Trees (The New Yorker)

“This book has clarity in abundance, but it also asks us to bear with complexity when it is required. Srinivasan refuses quick solutions … Although the book makes a strong intervention in the field of feminist philosophy, it does not moralise. Indeed, one of its chief strengths is to show how moral philosophical reflection takes place in the midst of ordinary situations: in the classroom, on social media, in both public and intimate spheres. Imbued with the breath of fresher air, The Right to Sex demonstrates how moral reflection can be distinguished from moralising, why we must learn to pause, collect many perspectives on a topic, turn them over, and resist the lure of panicked and premature judgement … but I missed a more sustained discussion of the rights of LGBTQI people, and women, to find sex where and how they want without discrimination and fear. That said, I appreciated her slow demolition of bad popular arguments … Srinivasan offers a capacious and careful consideration of arguments about censoring pornography … The Right to Sex examines different and conflicting versions of freedom through a wide range of cultural examples, and it does this extremely well: freedom as masculine entitlement, as white supremacist power, market freedoms, including the freedom to accumulate, and to treat sex as both commodity and property. Srinivasan further develops a Marxist-feminist critical reflection on how capitalism and patriarchy continue to inform some of our most basic debates on sexual ethics and policy.”

–Judith Butler on Amia Srinivasan’s The Right to Sex: Feminism in the Twenty-First Century (The New Statesman)

“Alameddine’s spectacular novel is rendered through the refreshingly honest lens of Dr. Mina … Dr. Mina is the storyteller the refugees deserve: respected by the Europeans, but steeped in their traditions and history … This is the first novel I’ve read that gives ample room to the ugliness of certain camp volunteers (the bored, the coddled, those battling pangs of uselessness) and the many humiliations some inflict on the displaced. But calling out anyone who gave up a vacation to meet boats seems ungrateful, so the refugees smile for their rescuers’ camera-phones and keep quiet … Alameddine’s irreverent prose evokes the old master storytellers from my own Middle Eastern home, their observations toothy and full of wit, returning always to human absurdity … Again and again, Dr. Mina cracks open the strange, funny and cruel social mores of East and West. She shows us that acceptance and rejection exist across borders and often manifest in surprising ways … Throughout the book, Dr. Mina addresses a blocked and disillusioned Lebanese writer who, having seen too much displacement and horror, finally breaks. I found this mysterious unnamed listener deeply poignant.” 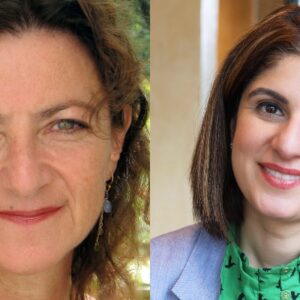