“This expansive volume, in five parts, revises existing perceptions of Hurston, like her well-known opposition to school integration and Richard Wright’s objection to her use of African American vernacular. Essays…help to clarify Hurston’s previously misunderstood positions, rooting them in her deep appreciation for African American language and culture, her unquestionable commitment to people of color and their welfare on American soil … Especially striking here is the breadth of Hurston’s intellect on display. She peppers her essays with such exhaustive literary, historical, biographical, political, artistic, educational, religious references that if readers were simply to follow the footnotes alone (as compiled by West and Gates), they would gain a valuable education … Readers familiar with Hurston’s work will note the continued signatures of her voice in these essays: the sassiness, the boldness to take to task those institutions or individuals who, in her mind, would exploit lesser-informed African Americans … You Don’t Know Us Negroes adds immeasurably to our understanding of Hurston, who was a tireless crusader in all her writing, and ahead of her time. Though she was often misunderstood, sometimes maligned and occasionally dismissed, her words make it impossible for readers to consider her anything but one of the intellectual giants of the 20th century.”

“It is a lonely, wild, and often fatal thing to be Black and brook no compromise. Lorraine Hansberry was rigorous and unyielding in her life, but she was gone too soon and claimed too quickly by those who thought they understood her. Like many other Black giants of her time, her image proved pliable in death. She was turned into a saint so that her life could be turned into a moral. Yet she struggled beneath the weight of her own complexities and sorrows. She achieved literary celebrity but called herself a ‘literary failure,’ was supported in a marriage that ultimately collapsed, resisted her family but didn’t denounce it, became an icon of the civil-rights movement that she relentlessly criticized, and wrote a masterpiece only to watch as it was widely misunderstood … In recent years, the puzzling paradox of how a Black lesbian Communist became a darling of mainstream America has been explored in multiple biographies…Shields’s portrait is the latest attempt to expand our sense of the personal struggle behind the public figure, and to illuminate the many contradictions that she sought to live and work through … The names that crop up in Shields’s biography—Robeson, Julian Mayfield, W. E. B. Du Bois, Alice Childress, Ruby Dee, Ossie Davis, Claudia Jones (Hansberry’s erstwhile roommate)—read like a Who’s Who of the postwar Black intelligentsia, which is to say, it reads like a list of F.B.I. surveillance targets … In a speech a few weeks before Raisin débuted in New York, Hansberry said it was a Black writer’s duty to join ‘the wars against one’s time and culture.’ One can barely imagine what she would have achieved had she been able to stay in the wars longer, through the terrible, astonishing years that followed.”

–Blair McClendon on Charles J. Shields’ Lorraine Hansberry: The Life Behind a Raisin in the Sun (The New Yorker)

“John Darnielle lobs his novels in from the margins of American life. They’re lonely books, and they always get to me. Darnielle is best known as the singer-songwriter behind the indie band the Mountain Goats, which has been around since the mid-90s. Since 2008, he’s also published fiction. Quietly, as if stealing in on cat’s paws, he’s become, as a novelist, unignorable. His third novel, Devil House, is terrific: confident, creepy, a powerful and soulful page-turner. I had no idea where it was going, in the best possible sense …The thing about Darnielle’s writing, in all its forms, is this: If you’re that dorky outcast kid drawing a pentagram on the back page of your three-ring binder in algebra class, not because you want to drink anyone’s blood but because you think it’s cool, he sees you. His novels are in close contact with the alternative cultural universes of fantasy and the occult and science fiction, yet they don’t resemble genre fiction. They’re earthy and fly low to the ground. They are plain-spoken and in no hurry. They’re largely about the desolation and pain heaped upon the runts of life’s litter, young people who barely stand a chance.”

“… offers unalloyed insights into the making of a writer, illuminating the artistic journey of the author in an important and refreshing perspective on publishing and creativity in Britain in the last 40 years … exhilarating … With remarkable candour and humour, she charts her family’s history, her artistic trajectory from youth theatre to poetry and beyond, and a movable feast of lovers of both sexes in a romantic life whose ambition veers towards the epic. At every point, she ties it all back to how these experiences have made her the writer she is today … a moving and highly readable account of a creative life, atomizing the hard graft of writing as experienced by an author who was growing up at a time when the term, ‘Black British’ was seen as an oxymoron … While there is much more to be done to open up the space for a more diverse publishing industry, Manifesto is a timely reminder of just how far we have come.” 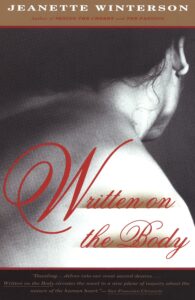 “…back then, I didn’t fully appreciate the craft of Jeanette Winterson’s fifth novel: the daring structures or point-of-view choices, the subversion of romantic clichés and queering of heterosexual literary conventions. I only knew that the prose was smolderingly hot and its author was interested in a kind of obsession and experience of being overwhelmed by feelings that I already understood. I knew the writer possessed a searing and capacious intelligence, one that could conjure passion, eroticism, humor, and mystery, all within two hundred pages. It was unlike anything I’d ever read by a man. It was unlike anything I’d ever read … It was in conversations with my therapist that I began to tease out the relationships between big feelings, art, identity, and queerness. Winterson was the third voice in that conversation, audible only to me … Winterson made sense of my own predicaments—mostly related to desire, gender, and power—through her fabulist plots. I could feel her thinking behind the work and through it, and it bolstered in me the hope that I would be able to do the same, so long as I had a pencil and notebook, and a robust sense of myself—something I was working toward in therapy … Every time I am asked about my influences, Winterson’s is the name that comes to mind. She is inextricable from my sense of becoming not just an artist, but a queer artist, a queer woman. There are some subjects so tethered to our own story of ourselves that it is not even worth attempting the charade of objectivity. In order to write about Winterson, I have to write about myself.”

The Rest Principle: On the Necessity of Recovery, in Fitness and Writing 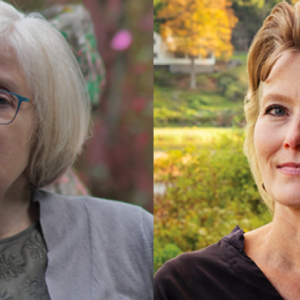 Our sense of our history requires us to recall the details of time and of the experiences that help us find our place in the world...
© LitHub
Back to top
Loading Comments...