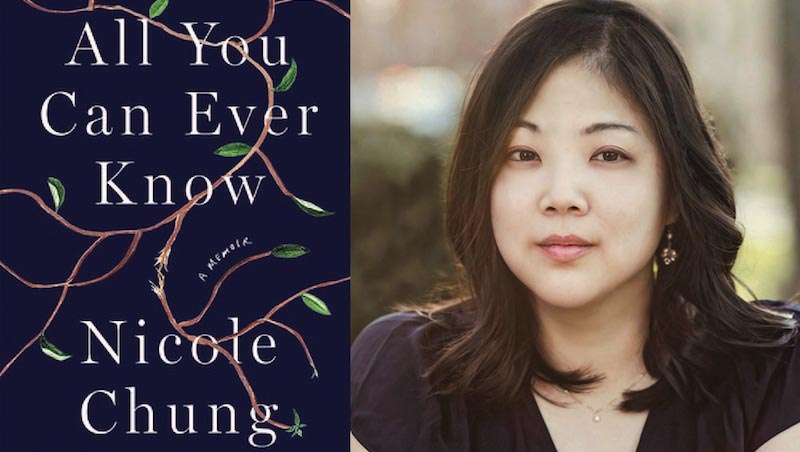 In this 31 Books in 30 Days series leading up to the March 14, 2019 announcement of the 2018 National Book Critics Circle award winners, NBCC board members review the thirty-one finalists. Today, NBCC treasurer Marion Winik offers an appreciation of autobiography finalist Nicole Chung’s All You Can Ever Know (Catapult).

Born two months premature to a Korean couple who decided to give her up for adoption, Nicole Chung was raised by white parents in a nearly all-white small town in Oregon. Though her adoring parents told her that love was colorblind and race wasn’t important, cruel classmates made sure she knew otherwise. But her attempts to learn more about her origins didn’t get very far. Her biological parents gave her up so she could have a better life, her mother explained; unfortunately, she said, that is “all you can ever know.” One of the highlights of her young life was a visit to an Asian supermarket in Seattle. Never before had she been a place with so many people who looked like she did.

Decades later, about to become a mother herself, Chung finally decided to see just how much you can ever know, and began the difficult, frustrating process of searching for her birth parents. At minimum, she wanted some details on the family’s medical history, but was hoping to find out much more. W

hat she discovered was far more complicated than she could have imagined, and some of it was really not good news. Though the dreamed-of magical reunion with her birth parents never happened, partly by her own choice, she got a new older sister—a young woman who immediately felt like family, and was just as eager to forge a connection as she was.

All You Can Ever Know is Nicole Chung’s debut; she is the editor-in-chief of Catapult magazine, and thus the memoir is a sort of in-house success story for Catapult Press.

It “has the patient pacing of a mystery and the philosophical heft of a skeptic’s undertaking,” wrote Lisa Kennedy in Newsday. “The honesty with which Chung grapples with this kind of racial erasure is a hallmark of her stunning debut memoir, a book that confronts enormous pain with precision, clarity, and grace,” said NBCC President Kate Tuttle in The Boston Globe.

Beyond its critical and popular success, All You Can Ever Know is a landmark in the literature of adoption, and will be of enduring value to people looking for advice about raising a child of a different race. In fact, it opens with a story about one such couple who came to Nicole with their questions back when she was just out of college, years before she began her search for her family. Did she ever feel like her adoptive parents weren’t her real parents? they asked. Had she had any issues growing up?

She told them not to worry. “Adoption is no big deal. I was very lucky and your child will be too.” But even as she said it, she knew that was not the whole answer. The whole answer, in all its unsentimental, unshrinking complexity, is found in this courageous book.

Longtime All Things Considered commentator (1991-2006) Marion Winik is the host of The Weekly Reader radio show and podcast. She reviews books for Newsday, People, Kirkus Review and other venues. She is the author of First Comes Love, The Glen Rock Book of the Dead, The Baltimore Book of the Dead and seven other books. Her monthly column at BaltimoreFishbowl.com has received the “Best Column” and “Best Humorist” awards from Baltimore Magazine, and her essays have been published in The New York Times Magazine, The Sun and many other publications. She is a professor in the MFA program at the University of Baltimore. More info at marionwinik.com. 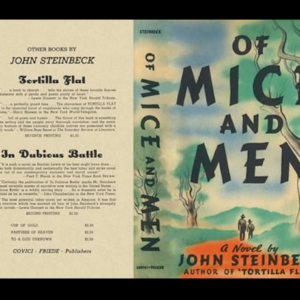 “Rejection is not always triumphant or empowering. Growing a tough skin isn’t always fun.” The accidental rejection...
© LitHub
Back to top