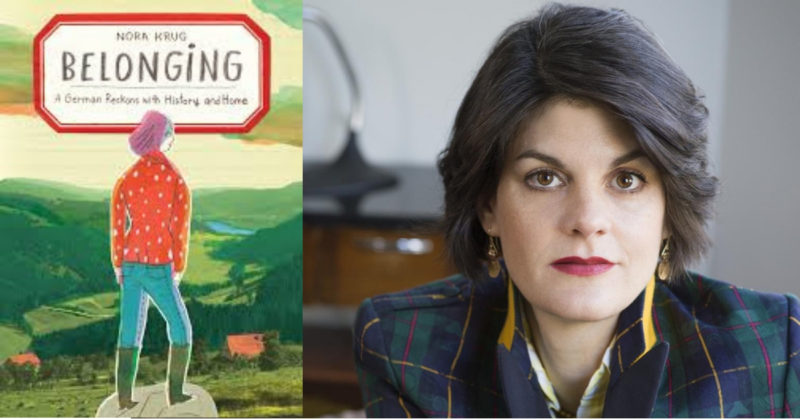 In this 31 Books in 30 Days series leading up to the March 14, 2019 announcement of the 2018 National Book Critics Circle award winners, NBCC board members review the thirty-one finalists. Today, NBCC president Kate Tuttle offers her appreciation of autobiography finalist Nora Krug’s Belonging: A German Reckons with History and Home (Scribner).

Both of Nora Krug’s parents were born in 1946 into a Germany still reeling from war; little wonder that they rarely spoke of it when Krug herself was growing up. Casting the Nazi years into a distant and disdained past was a typical German coping mechanism, so thoroughly ingrained that when Krug begins to wonder what role her own ancestors played in the regime, she’s brought up short to realize just how recent the history really is.

Krug and her classmates were trained to understand the Holocaust, to interrogate the evils of Hitlerism. For a generation steeped in self-examination, there was an awful lot, it turned out, they didn’t look at. “We prepared questions for the old women who travled from America to tell us about the camps,” she writes, “but we never thought to ask about one another’s grandparents.”

In Belonging, Krug blends text and images into a kind of roadmap taking her back to a homeland that both comforts and confuses her. The visual components of the book range from drawings to cartoons to archival letters and photographs; married to Krug’s words, they create a stunningly effective, often moving portrait of Krug’s memories and her exploration of the people who came before her. There’s her father’s older brother, whose name her father inherited after the brother’s death in Italy as a teenaged soldier in Hitler’s army. There are fractured families and hard stories on both sides. Most affectingly, Krug’s investigation into her ancestors leads her to cousins, contemporaries, with whom she can begin to repair the old rifts.

Always lurking is the question: were my ancestors evil? Were they complicit? Were they merely surviving? Were they, perhaps, even heroic? One is rumored to have helped local Jewish families, another reputedly spoke out against the Nazis. As Krug circles closer and closer to the central facts, she’s forced to face the likelihood that these comforting stories are yet another way of deflecting a reality to painful to live with.

Throughout, Krug wrestles with the German idea of “Heimat,” a loose and perhaps untranslatable term for the landscape from which a person springs. What if your heimat is a site of collective guilt? What if you also, after moving away and marrying an American Jewish man, miss it terribly? Sprinkled throughout the book are “things German,” lovingly sketched “from the notebook of a homesick émigré”

—a particular brand of bandage, a red rubber hot-water bottle—and it is in holding up these homely items that “Belonging” feels most tender of all. A place, and a people, can contain multitudes, from the most evil to the most beloved.

Kate Tuttle is president of the National Book Critics Circle. Her reviews, as well as profiles of literary figures ranging from Salman Rushdie to Leslie Jamison, have appeared in the Los Angeles Times, New York Times, Washington Post, and Newsday. She writes a weekly column about books and authors for the Boston Globe. Her essays on childhood, race, and politics have appeared in DAME, Salon, The Rumpus, and elsewhere.

Brit Bennett and Emily Halpern on Screenwriting's Tips for Fiction 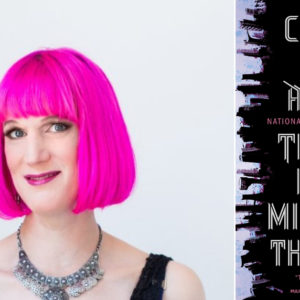 On So Many Damn Books, Christopher Hermelin (@cdhermelin) and Drew Broussard (@drewsof) talk about reading, literature,...
© LitHub
Back to top