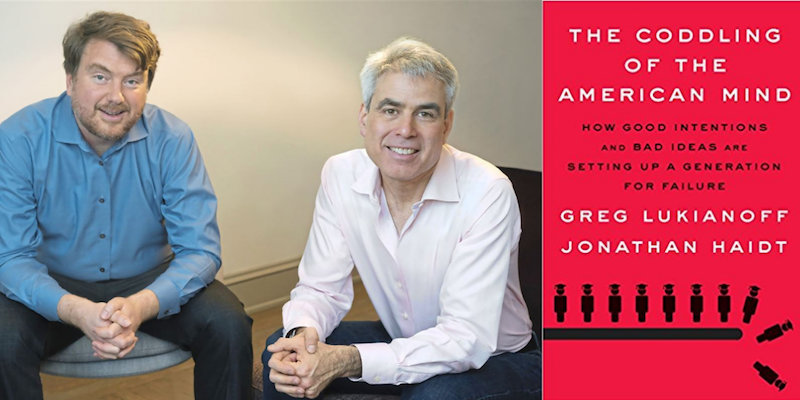 In the 31 Books in 30 Days series leading up to the March 14 announcement of the 2018 National Book Critics Circle award winners, NBCC board members review the 31 finalists. Today, NBCC board member Carlin Romano offers an appreciation of nonfiction finalist Greg Lukianoff and Jonathan Haidt’s The Coddling of the American Mind: How Good Intentions and Bad Ideas are Setting Up a Generation for Failure (Penguin Press).

Well, maybe that’s not the best verb. Lukianoff and Haidt express reservations about the word in their Introduction, explaining they don’t like the implication that “children today are pampered, spoiled and lazy, because that is not accurate.” Lukianoff has told interviewers he prefers his book’s subtitle to its title because the crisis is not the spoiling of “snowflake” Internet-generation (I-Gen) students.

The real problem, the authors argue, is “overprotection” by adults—we’re undermining I-Gen students by encasing them in a culture of “safetyism.” They’re walled off from “microaggressions, “protected by “trigger warnings,” “bias hotlines” and crackdowns on even mildly offensive speech. In doing so, Lukianoff and Haidt warn, we incapacitate this latest generation, making it difficult for them to confront the diverse challenges of the real world.

The authors believe the current dysfunctionality “on college campuses, in high schools, and in many homes” stems from “three bad ideas”: “What Doesn’t Kill You Makes You Weaker”; “Always Trust Your Feelings”; and “Life is a Battle Between Good People and Evil People.”

The upshot of those ideas in action are a host of bad social phenomena: a rise in intimidation and violence; the “concept creep” by which feeling “uncomfortable” becomes feeling “unsafe”; witch hunts that demonize opponents; a huge increase in political polarization; heightened anxiety and depression among the young; paranoid, “helicopter” parenting; a decline in free play and unsupervised risk-taking among children and adolescents; and the erection of an enormous academic bureaucracy of “safetyism.”

Haidt and Lukianoff say their goal is to assist us in “wising up” about these unfortunate trends. They suggest such solutions as cognitive behavioral therapy, limiting smart-phone use, and “free-range parenting” that allows children and adolescents the space to take risks and independently solve their problems by thinking them through. Young people should be “seeking out challenges,” “freeing themselves from cognitive distortions,” and “taking a generous view of other people.”

Along the way, the authors cite many of the most highly publicized academic incidents of recent years that illustrate the disturbing developments they discuss, among them the effort to add trigger warnings to Columbia’s Core Curriculum; the Halloween-costume brouhaha at Yale; the protest against Charles Murray at Middlebury College; the Milo Yiannopoulos/anti-fa debacle at Berkeley, and the opposition to conservative speaker Heather MacDonald at Claremont McKenna College.

In this trenchant, nervy, data-driven rebuke to the lazy pedagogic assumptions and groupthink that increasingly permeate American culture and education, Lukianoff and Haidt happily upset standard political categories. While a number of their observations jibe with right-of-center complaints about political correctness, the authors identify themselves as center-left, but concerned nonetheless about self-defeating constraints on free discussion.

Together they’ve created a readable, startling narrative full of facts, ideological challenges and common-sense solutions. It’s a welcome macro-aggression against, in Harold Rosenberg’s memorable phrase, the “herd of independent minds“ who have created “safetyism.” Lukianoff and Haidt achieve, in The Coddling of the American Mind, what the best nonfiction should: a comprehensive, incisive portrait of a problem-filled world that, happily, contains hints of its own solutions within it.

Carlin Romano is critic-at-large of The Chronicle of Higher Education and Professor of Philosophy and Humanities at Ursinus College. 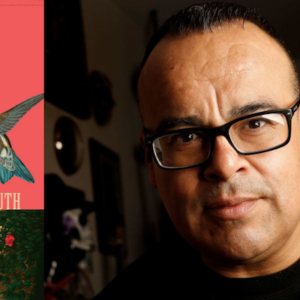