In 1988, former altar boy Martin Scorsese said “I’m a believer, but I’m struggling.” His film The Last Temptation of Christ had just released to much criticism in Christian circles. One defender was the Reverend Paul Moore, the Episcopal Bishop of New York. In a letter to The New York Times, Moore praised Scorsese’s provocative representation of Christ, writing that much like the Spanish painters of the 16th and 17th centuries, Scorsese depicted Christ “as an agonized, suffering body on the cross.” Moore said he was “moved” by Scorsese’s film.

Moved enough to gift Scorsese with a book: Silence, a 1966 novel by Shūsaku Endō. The director would soon buy the film rights to the book, but “got sidetracked doing other films.” Yet Scorsese “was always going back to the book” because it gave him “a kind of sustenance that I have found in only a very few works of art.” Now, finally, the film has reached theaters—like a long withheld confession.

I can’t help but compare Scorsese’s gestation of the film with Gustave Flaubert’s The Temptation of Saint Anthony, finished in 1872 but started nearly 30 years earlier. Michel Foucault writes that the idea preceded any of Flaubert’s other books, and “was repeated—as ritual, purification, exercise, a ‘temptation’ to overcome—prior to writing each of his major texts.” Flaubert said the novel was “the work of my entire life.” He was nearly ecstatic writing it: “I spend my afternoons with the shutters closed, the curtains drawn, and without a shirt, dressed as a carpenter. I bawl out! I sweat! It’s superb . . . I have never been more excited.” Even Charles Baudelaire called the novel “the secret chamber of Flaubert’s mind.”

Flaubert appears to have been more driven by the exquisite agony of trying to perfect an idea than wrangling with personal belief, the apparent cross of Scorsese—although those modes of being might not be very different. Scorsese and Flaubert are certainly not the only artists to carry an unborn seed for decades. Yet how curious that both of these artists labored over Catholic stories. Stories of bodily agony and suffering. Stories about the desert of our souls.

Silence feels crafted to linger and unsettle—and hopefully Scorsese’s ambitious adaptation brings readers new and old to Endō’s masterful, mysterious book. Silence is the story of Sebastian Rodrigues, a 17th-century Portuguese Jesuit, who joins two other priests on a journey to Japan. They hope to discover the fate of Cristóvão Ferreira, a fellow Jesuit who had apostatized—renounced his Christian faith—after torture. At the time, Ferreira was the leader of the mission, and his apostasy hit Rome like a thunderclap. He is later discovered to have taken a Japanese wife, and to have authored books refuting Christianity.

Francis Xavier and Alessandro Valignano had brought the Christian faith to Japan in the 16th century, and Silence hews close to this history—including the widespread eradication of the faith. Although baptized as a child, Endō often spoke of the “problem of the reconciliation of my Catholicism with my Japanese blood.” There was a “confrontation of my Catholic self with the self that lies underneath”; a terrible tension that he identified as the “peculiar cross that God has given to the Japanese.” Silence is sometimes difficult to place in the canon of Catholic literature; it is not inspirational, and there is little redemption. Even Flannery O’Connor’s mud-smeared heretics and sore-throated prophets offer more hope than the “mud swamp” of Endō’s Japan.

William Johnston, the Jesuit who translated Silence, cautions that Endō’s “book and his thesis have been extremely controversial in this country, and one can scarcely take his voice as that of Christian Japan.” Johnston found the popularity of Silence to “proclaim a Japan not indifferent to Christianity but looking for that form of Christianity that will suit its national character.”

Whether it is sign, symptom, or aberration, Silence is a powerful novel. From its first pages, the book is suffused with the mixture of missionary optimism and anxious pessimism that mirrors the plight of the whiskey priest in Graham Greene’s The Power and the Glory. Greene’s earlier novel also offers a prototypical storyline: his lone priest, on the run in Mexico, finds help in a perverse, untrustworthy mestizo. The whiskey priest is disgusted by the man’s sexual sins and vices, but is able to place them within Christ’s salvific role: “It was too easy to die for what was good or beautiful, for home or children or a civilization—it needed a God to die for the half-hearted and the corrupt.”

Compare those lines with Endō’s description of Japanese peasants, cowering in fear of being caught practicing their faith, but like the Mexican faithful, longing to receive the sacraments: “This child also would grow up like its parents and grandparents to eke out a miserable existence face to face with the black sea in this cramped and desolate land; it, too, would live like a beast, and like a beast it would die. But Christ did not die for the good and beautiful. It is easy enough to die for the good and beautiful; the hard thing is to die for the miserable and corrupt.”

One of the miserable and corrupt is Kichijirō, a Japanese man the priests meet in Macao, a Portuguese colony in China. Much like the mestizo, he is drunk, dressed in rags, and seems to have an ulterior motive for guiding the priests through Japan. As the book develops, Endō reminds readers that like Greene’s mestizo, no Christian character can escape his apparent Judas. We know how this story ends.

Or do we? Early in the novel, using the Japanese term for the Christian God, Kichijirō asks “Why has Deus Sama imposed this suffering upon us . . . what evil have we done?” Steeped in his skepticism of the man, Rodrigues’s reaction is at first dismissive, but later complicated: “I suppose I should simply cast from my mind these meaningless words of the coward; yet why does his plaintive voice pierce my breast with all the pain of a sharp needle?”

It becomes Rodrigues—separated from the other priests, chased and captured and later persecuted himself—who laments the silence of God throughout the novel. He ponders that silence in reaction to the trampling of Christ’s face on the fumie as the act of apostasy by the frightened peasants. He considers the silence of the faithful fastened to crosses, and the silence of the sea that submerges them and then “surges on uncannily.” And as Rodrigues flirts with doubt in his cell, he interrogates God’s silence in saving his own soul.

The best Catholic literature is, well, Catholic. It offers guidance and guidelines, but few guarantees. Faith is not easy work. Its eternal rewards? We’ll have to wait and see. Silence, unlike The Power and the Glory, offers no Christian comfort. The book’s final acts are wrenching; to call it a work of Catholic art almost feels like an act of protest. Gregory Wolfe, editor of Image, offers perhaps the best reading of Endō’s complicated vision. The novel, he argues, is not “an exercise in compromise and dilution,” and Endō’s “Catholic imagination is neither heretical nor vague.” Endō, Wolfe explains, “believed that the form Christianity had taken in the West was inappropriate for Japan.”

Silence is a lamentation. More than 50 years later, it is finally a film in America—a film by the son of Sicilians, known for their own particular silence when it comes to God. A silence born by the skepticism of everyday struggles. Endō, likewise, knew of struggle. His country never quite embraced his faith. Sometimes silence is inevitable.

What Being an Editor Taught Me About Writing 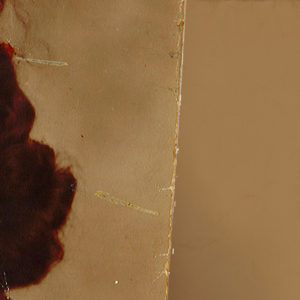 In a nonfiction thesis workshop in 2015, Phillip Lopate gave a group of Columbia MFA students—including me—an important...
© LitHub
Back to top