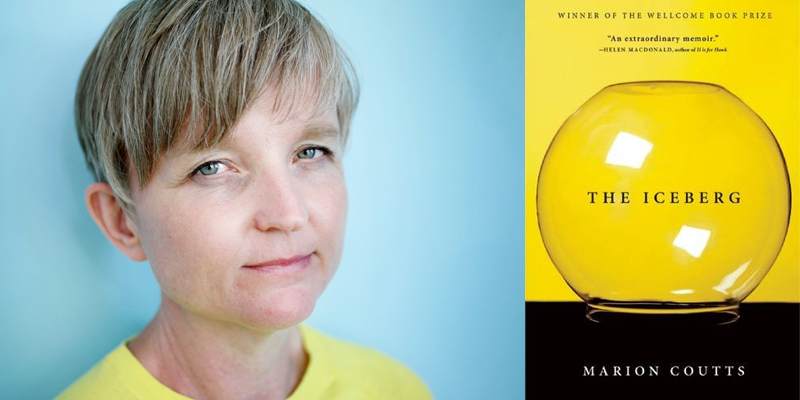 In the 30 Books in 30 Days series leading up to the March 16 announcement of the 2016 National Book Critics Circle Award winners, NBCC board members review the 30 finalists. Today, NBCC board member Bethanne Patrick offers an appreciation of autobiography finalist Marion Coutts’ The Iceberg (Black Cat Press).

Vile things like tumors grow and become visible; so do memoirs, of which this one is not at all vile, although terribly painful to read.

Marion Coutts was married to Tom Lubbock. They had an adored toddler son, a house full of books, a life filled with friends and great conversation and food. In 2008, Lubbock was diagnosed with a brain tumor, and in 2011 it caused his death at age 53.

Those are the facts. Some memoirs take facts and spin detailed embroideries from them, and those can be terrific memoirs. But Coutts—an artist, writer, and former punk musician—seems determined to take facts and make them spare, to carve them into slivers and then attach them carefully so that their arcs and apertures explain as much as denser constructions.

In The Iceberg, Coutts begins in medias res because her beloved Tom must begin with a tumor in the middle of his head. There is nowhere else to start. There is also, we quickly realize, nowhere else to end but with Tom’s death.

That’s tough, yes. And lucky us, lucky readers, that reading about Tom’s death is as tough as it gets, because Coutts had to live through it. One of the reasons her language remains succinct and minimal may be because as she gained experience of watching someone die, Tom was losing all his facility with language. First speech, then writing. For a man who had been a noted critic, who had written his own memoir titled

Until Further Notice I Am Alive, this was a cruel and living punishment. His tumor is Grade 4, situated in the area of speech and language.

But his wife does not try to re-write her husband’s book. She loves him far too much and too bravely to wonder what he’s feeling or to make up any inner dialogue he might be having; instead, Coutts focuses on the section of the Venn diagram between life and death, which is, for lack of any other better word, caregiving.

Since Coutts and Lubbock married late and had a child late, she faces not just widowhood, but becoming the single parent of a very young child while herself deep in middle age. I found myself wondering how different this book might be without “Ev,” the little boy who grows from baby to preschooler as his father grows sick and sicker. There are all sorts of everyday moments with which to cope; no child, no matter how compliant and loving, can always behave in a hospital.

The more interesting track Coutts maps is not Ev’s age, but his growing facility with language as his father’s lifelong way with words dissipates. While Tom Lubbock isn’t happy with this decline, not only does he write and publish a memoir—for two years he continues his duties as art critic at The Independent, and Marion does note how he grapples with loss in these pieces. At first, “He writes slower, but with great drive and excitement.” Soon, too soon, by 2010, Tom has lost too many words to compose sentences.

The Iceberg is the most fitting title not because of its enormity, not because of its huge invisible portion—but because so many ships run aground on it. Marion’s identity as an individual and an artist. Ev’s knowledge of his father. Tom’s pleasure in company and good meals. A family’s wholeness. Towards the end—darkness visible—the tumor’s growth is visible outside Tom’s skull, “like a potato.”

While all of these facts inform The Iceberg, none of them digresses from its central image of a structure whose largest part remains beneath and is never seen. Coutts describes coping as “a cave underground deep in rock, hung across its roof with accretions of dripping salts. I am cavernous and hard as mineral. The cave holds a pool of dark water that has not seen light. The water is very cold; it is undrinkable and its size is unmapped.” How long can this go on? How hard can this get? How much can one give?

We already know the answer. So does the author. That’s why Tom’s final slip beyond and his funeral need even fewer words than the rest of the book. Marion Coutts is writing about what comes before, and figuring out what comes after. 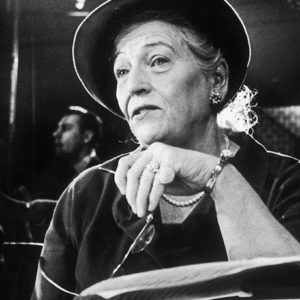 Twitter and Facebook, all in one: how Chinese “netizens” stay one step ahead of the state on Weibo. | Literary...
© LitHub
Back to top