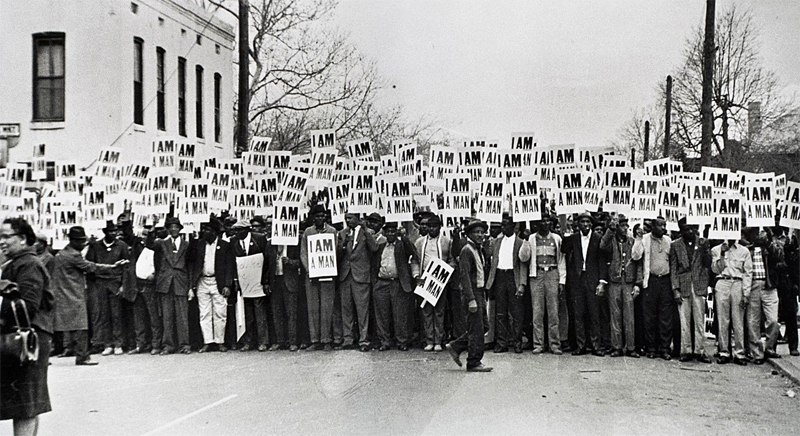 30 Books in 30 Days: Terrance Hayes’ How to Be Drawn and Ta-Nehisi Coates’ Between the World and Me

In the days leading up to the March 17 announcement of the 2015 NBCC award winners, Critical Mass highlights the thirty finalists. Today, NBCC board member Walton Muyumba on poetry finalist Terrance Hayes’ How To Be Drawn (Penguin) and nonfiction finalist Ta-Nehisi Coates’s Between the World and Me (Spiegel & Grau).

How to Be Drawn, Terrance Hayes

How to Be Drawn is Terrance Hayes’ fifth collection of poems. The book demonstrates Hayes’ commitment to imagining and documenting African American experience, historical and contemporary, in pursuit of aesthetic standards of his own divination. A dazzling inventor and re-designer of poetic forms, Hayes draws from various wells of the American poetic tradition and other narrative practices in order to extend and revise that tradition. Like a jazz musician, his practice is improvisational, conjoining his extensive scholarly knowledge of American poetry and the arts with his senses of humor and play, and his philosophical interrogation of human experience and familial legacies.

In the opening poem, “What It Look Like,” Hayes’ speaker raps with Ol’ Dirty Bastard about lyrical rawness and never mistaking “what it is for what it looks like.” The poem is a kind of announcement for the collection’s drive. Hayes explains there that he cares “less and less / about the shapes of shapes because forms / change and nothing is more durable than feeling.” As the speaker does in “New York Poem,” one might say that Hayes wrests his lines from in between contranyms: “I now know / ‘bolt’ is to lock and ‘bolt’ is to run away.”  His wisdom springs from liminality. As the title of another poem proclaims, Hayes’ lyrics detail exactly “How To Be Drawn To Trouble.”

Hayes tells us that, “trouble is how we learn what the soul is.” But in these poems, trouble is also one of the sounds in soul. Throughout the collection, Hayes samples and interpolates artists into his lyrics like a dj cutting a mixtape or a painter referencing masters to refine his style: there’s Klymaxx making all the men pause and Leonard Cohen moaning, “we are ugly but we have the music;” there’s Grace Jones and James Brown, Duke Ellington and Ralph Ellison, Miles Davis and Mary Lou Williams, UGK and NWA, all part of the poet’s search, as two poems’ titles document, for “A Concept Of Survival” or for something “Like Mercy.”

Hayes’s poetics encompass at once the broad poetic tradition, American culture, and African American aesthetics. His poems hold an overarching concern for the definitions and conditions of African American identity, generally, and black masculinity, specifically. That concern has forced him to invent forms that allow him to situate questions about black identities, black men, and black expressive practices within poems that can also produce liberating exits from physical and psychological crises that seem to end black lives too early. Take, for example, “Who Are The Tribes,” a poem inspired by Albert Einstein’s logic puzzle, “Who Owns the Fish.” Fronted by a rectangular box that names five tribes and some of their traits, the experimental effort is divvied into thirteen interior, amorphous, word-game poems born out of the logic key. There’s also the weird and beautiful three-part sequence, “Portrait Of Etheridge Knight In The Style Of A Crime Report,” that Hayes lays out on pages that replicates the sectioned and celled form of a police report. Hayes has also designed a pimp-limping elegiac sonnet after the late, Los Angeles poet, Wanda Coleman: “Those who could hear / No music weren’t listening – and when I say it, it’s like claiming / She’s an elegy.”  Rhyming “clamped” with “claims” and “calm,” Hayes names Coleman, “Miss Calamity,” a mythic wordsmith “hurling hurt / Where the moon should be and stomping into our darkness calmly.”

Hayes’ most emphatically ekphrastic poem, “Some Maps To Indicate Pittsburgh,” references maps of the city by the artists who make up Art & Language. Hayes charts Pittsburgh’s five districts linguistically, each section outlined by a rectangle of perforated lines. In the Hill District that John Edgar Wideman and August Wilson have made legendary in their respective novels and plays, Hayes notices ghosts: “Place you ear to the road and you will hear someone screaming below.” While the Northside map indicates that, “gravity is the only true geography,” the Lawrenceville map illustrates that “borders make no sense.”  In the end, “you must say what the water says, ‘Everybody sing to me, ev- / erybody sing with me,’ and sing.”

In a collection all about auditory and visual intelligence, it makes sense Hayes’ most powerful poem, “Self-Portrait As The Mind Of A Camera,” is written “after” the famous Pittsburgh Courier photographer, Charles “Teenie” Harris. In thirty-nine unrhymed tercets, Hayes’ speaker sits between light and darkness, gleaning this artistic truth: “You are an instrument of visible music, Camera, a focused mind / In love with witness.”  The beauty and emotional heft of Hayes poetry arrives in his ability to act as lyrical historian and witness.

In How to be Drawn, Hayes gives us “head shot, aperture, perspective, assembled resemblances, / The magic of a kind of photosynthesis: you’d get to be a mind / Light and darkness pass through, a form formed from a form / Light and darkness pass through. You’d get to hold everything / You beheld, and good God, everything would take hold of you.” The poems in this collection take hold of its readers, making them both the mind and what the mind beholds. Hayes situates his readers between light and darkness, and, in turn, his readers learn to hear, see, and think about African American life, black masculinity, American culture, and the riches of the literary tradition through new and complex poetic forms.

Between the World and Me, Ta-Nehisi Coates

Between the World and Me is Ta-Nehisi Coates’s urgent, provocative hybridization of cultural criticism, memoir, polemic, and instructional epistle. Though Coates has composed this work as a letter to his teenaged son, Samori, those who come to this book are meant to overhear his fatherly directives. Across the book’s three sections, Coates weaves a critical narrative around an array of interconnected concepts: human struggle, the persistence of American white supremacy, the randomness of African American mortality, the consistency of American injustice, the pleasures of exile abroad, and the wonders of black ethnic life.

Between the World and Me is a pastiche of “My Dungeon Shook,” James Baldwin’s letter to his namesake nephew in the opening section of The Fire Next Time. One ought to read Coates’s volume as a product of a critical tradition that also includes W. E. B. DuBois’ Souls of Black Folk, LeRoi Jones’s Home, June Jordan’s Civil Wars, and Toni Morrison’s Playing in the Dark, among others.

Coates’s title and epigraph announce, however, the work’s germ: “Between the World and Me” is the title of Richard Wright’s poem about lynching: “And one morning while in the woods I stumbled suddenly upon the thing, / Stumbled upon it in a grassy clearing guarded by scaly oaks and elms / And the sooty details of the scene rose, thrusting themselves between the world and me.” The “thing” central to Wright’s poetic vision is a black man’s mutilated and charred body. In many ways, Coates wants to draw his son’s attention (and ours) to the historical and contemporary scenes of subjection that bracket black American experience. “In America,” Coates writes, “it is traditional to destroy the black body — it is heritage.” In order to contextualize these erasures, Coates invokes the key terms “plunder” and “The Dream.”

“The Dream,” is Coates’s name for a kind of advertisement-quality American placidity that “thrives on generalization, on limiting the number of possible questions, on privileging immediate answers. The Dream is the enemy of all art, courageous thinking, and honest writing.” It’s also sinister because it thrives on plundering black bodies: “The killing fields of Chicago, of Baltimore, of Detroit, were created by the policy of Dreamers, but their weight, their shame, rests solely upon those who are dying in them. And there is a great deception in this. To yell ‘black on black crime’ is to shoot a man and then shame him for bleeding . . . The Dream of acting white, of talking white, of being white . . . murders black people in Chicago with frightening regularity.”

The most searing aspect of Coates’s critique arrives as realization that he cannot protect his son’s “black body” against the assaults of The Dreamers. In one terrible, stunning scene, as they are exiting a public event, a white woman pushes Samori, then a small child. When an enraged Coates confronts the woman in defense of his son, other whites step in to defend this woman and threaten Coates with arrest. Recalling this situation, Coates writes that “more than any shame I feel about my own actual violence, my greatest regret was that in seeking to defend you I was, in fact, endangering you.”

Black parental fears are amplified, Coates’s trenchant critique explains, because the violence wrought against their children, even unto death, has been doled out randomly, has been easily and repeatedly justifiable by stereotypes of black depravity, and has often resisted judicial or financial recompense. The efficiency with which the Dreamers have plundered human bodies has allowed them to transition smoothly to plundering “the body of the Earth itself”: “the two phenomena are known to each other . . . The Dream is the same habit that endangers the planet, the same habit that sees our bodies stowed away in prisons and ghettos.”

Coates is a ferocious intellectual, yet throughout this work, he is also what Amiri Baraka calls in “Numbers, Letters,” “a long-breath singer, / wouldbe dancer, strong from years of fantasy / and study.”  And so, his writing burns with patience and tenacity. On one hand, Coates can reach out to us in a forceful gesture of civic love, true citizenship. On the other hand, this approach allows him to address his son with the most tender, paternal love. After all, at its heart, rife as it is with sadness, anger, struggle and love, Between the World and Me charts a path through the American gauntlet for both the black child who will inevitably walk the world alone and for the black parent who must let that child walk away. 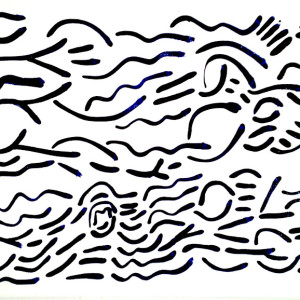 Poet, artist, and Chemical Brothers collaborator bill bissett is known for his unconventional, elemental poetry that combines...
© LitHub
Back to top
Loading Comments...