In the 30 Books in 30 Days series leading up to the March 16 announcement of the 2016 National Book Critics Circle award winners, NBCC board members review the thirty finalists. Today, NBCC board member Katherine A. Powers offers an appreciation of biography finalist Joe Jackson’s Black Elk: The Life of an American Visionary (Farrar, Straus and Giroux).

Black Elk, the Oglala Lakota warrior, healer, and spiritual leader, has been the subject of a number of earlier biographies, but Joe Jackson’s Black Elk: The Life of an American Visionary stands out for its comprehensiveness, wide-ranging historical context, and the author’s deftly apposite quotation from contemporary sources. Born in 1863 in the Powder River Country (present-day Montana-Wyoming), Black Elk fell gravely ill at the age of six and experienced a near-death vision of the future of his people. It lent him a special insight into their fate and also, it seems, granted him healing powers. From then on he saw his mission as saving his people from extinction.

Cousin to Crazy Horse, Black Elk was present at some of the pivotal events in the Lakota conflict with the United States, chief among them being the Battle of Little Big Horn and the massacre at Wounded Knee. In addition, he was witness to earlier massacres, the near elimination of the buffalo and intentional starvation of his people, the invasion by whites of the sacred Black Hills with the discovery of gold, banishment to reservations, the peculations and exploitations of government Indian agents, the brutal suppression of the Ghost Dance and other Indian ceremonies and customs, and one broken treaty after another. In addition to seating Black Elk in his time and in the events he witnessed, Jackson gives a genuine sense of the inner man, the conflict in his soul between his Indian heritage and identity and his clear-sighted, hardnosed understanding of the compromises and capitulations necessary for his and the Lakota’s survival. Two signal concessions to white hegemony were Black Elk’s participation in Buffalo Bill’s Wild West show—episodes which Jackson describes with phantasmagorical panache—and his conversion to Roman Catholicism. Both were rational choices: the first, an escape from the desolate existence forced upon the Lakota; the second entered at least in part to accommodate himself and his family to life in an America as it actually existed.

Drawing on immense research, Joe Jackson has given us the story of a man and a people whose land, way of life, and culture were the target of a concentrated project of extermination by the United States Government. This is a heart-wrenching book and a powerful, highly readable contribution to Native American history. It is a history that—as recent events at Standing Rock and the refusal of clemency to Leonard Peltier show—is just as pertinent today as it was during the 86-year span of Black Elk’s life. 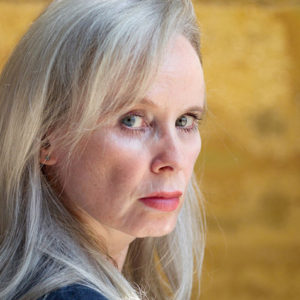 It’s a Saturday afternoon, the week before Donald Trump’s inauguration, and Mary Gaitskill and I are way off topic. We’re...
© LitHub
Back to top