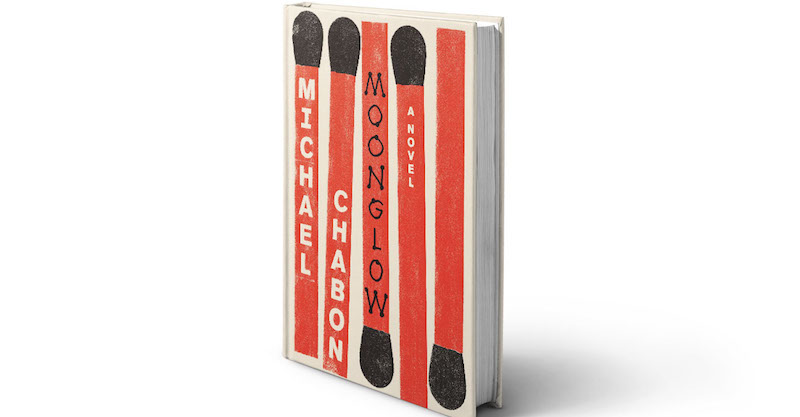 In the 30 Books in 30 Days series leading up to the March 16 announcement of the 2016 National Book Critics Circle Award winners, NBCC board members review the 30 finalists. Today, NBCC board member Bethanne Patrick offers an appreciation of fiction finalist Michael Chabon’s Moonglow (Harper).

A novelist’s finest material might be part of his own DNA.

Michael Chabon’s Moonglow is a meditation on mortality, specifically of the author’s maternal grandfather. Dying of bone cancer and largely confined to his bed, the grandfather and “Mike” (our narrator, bearing more than a passing resemblance to the author) begin a jazz-like conversation that unspools over several visits and myriad visits to the old man’s jazzy past.

That past pits the grandfather (we never learn his name), on heavy doses of Dilaudid, against crucial moments in history. He’s never the major actor, just a bit-part player, but what Chabon demonstrates again and again in all of his novels, good and bad, is that whoever tells the story gets to control the narrative. As the grandfather recounts his perspective on attempting to capture Wernher von Braun, liberating a concentration camp, strangling a boss with a telephone cord, meeting the love of his life, spending time in prison, and stalking an escaped python, we are as rapt as the narrator. The dying man’s memories read like miniature paintings, which is fitting, as one of the things about him that fascinates his grandson is his finesse with plastic coffee-cup lid dioramas of space. Like the comic books and graphic novels that author Chabon loves, readers will find themselves wondering what comes next even when they already know the bigger-picture result.

But what, you might ask, is the bigger-picture result of these recollections? Chabon plays with form by telling us in different places that this is a novel, a memoir, and (in the Acknowledgements) a pack of lies. At various times, each of these is true, and at specific points, all of them are true—such as the heavy but mercifully brief sections in which the author’s grandmother’s deep PTSD surfaces. She describes it as “a skinless horse,” and there is one scene where this trauma and agony gains a sort of exoskeleton that might bring readers to tears in its tender understanding of how one person’s pain can shatter a family.

A family culture of shame has lasting effects, as the narrator’s mother—kindly, but with ironclad boundaries around her heritage—can attest. Mike tells us that what he in turn knows about shame would fit into “half a pistachio shell,” meaning that those boundaries have, in some fashion, protected him. His 10 days in Florida with his grandfather heal him. Maybe heal them both. And, in testament to Chabon’s mad skills as a novelist, he manages to slip the symbol of this healing right under our noses in the form of a feline who embodies those retro lyrics “But the cat came back/The very next day/The cat came back/We thought he was a goner. . .”

Chabon plays with who gets to tell the story, and he also plays with how that story is told. Anyone who has ever tried to listen to an ailing family member between sips of chicken soup and ginger ale will recognize the fits and starts of Moonglow, but the more sly riff our narrator plays is filling in the blanks—and he manages a terrific metaphor for this, too. When the grandfather can’t remember or doesn’t have the artifacts to hand that will open up the story, Mike turns to books and family members and finally, a photo album in his mother’s dusty attic box that has far too many missing snapshots. As parent and child talk through what might have been on the page, reader and author talk through that, as well. “Everything you’ve been telling me is true, though, right?” Mike asks his grandfather at one point. “Well, it’s all the way I remember it happening,” the grandfather replies. “Beyond that, I make no guarantees.”

Only a novelist who has been at the top of his game and then faltered (even if only a teensy bit, in my opinion) can put such a baldly meta-exchange right in the middle of his book and make it ring true. We know the pistachio-shell game this author is playing and we’re completely and happily conned all the same as we watch Michael Chabon attempt to make sense of his own history and build a beautiful story at the same time, a beautiful story that has, at its beating, bleeding heart, the terror and triumph of a generation sometimes called our greatest. 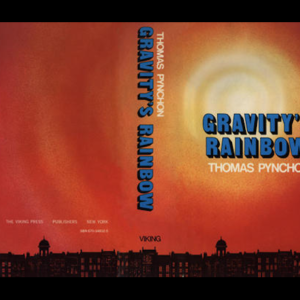