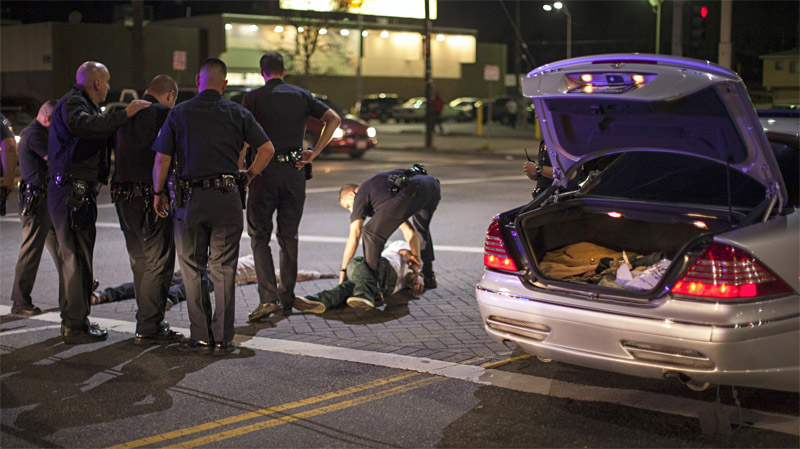 In the days leading up to the March 17 announcement of the 2015 NBCC award winners, Critical Mass highlights the thirty finalists. Today, NBCC board member Mary Ann Gwinn offers an appreciation of nonfiction finalist Jill Leovy’s Ghettoside: A True Story of Murder in America (Spiegel & Grau).

Ghettoside: A True Story of Murder in America, Jill Leovy

Jill Leovy was a Los Angeles Times reporter when she took on the police beat in 2001. As she writes in her author’s note in Ghettoside: A True Story of Murder in America, “a year or two into the beat, I sought the LAPD’s permission to ‘embed’ at its Seventy-seventh Street Division and was given a desk in the detectives’ squad room on the second floor of the station house.” From that day forward, Leovy focused on L.A. crime “below the ten” (Interstate 10), where a black male can be shot and killed anytime, anywhere, for no reason other than being in the wrong place at the wrong time, in a corrosive cycle of violence.

The author finished the book in 2014, and it was worth the wait. Ghettoside is a unique combination of you-are-there true crime narrative, sociological investigation, and human heartbreak, a determined, passionate, and perceptive examination of the American phenomenon of black-on-black violence and the almost total failure of the American justice system to stem its tide. African-American males, Leovy writes, are “just 6 percent of the country’s population but nearly 40 percent of those murdered.” This is the story behind that awful statistic.

Ghettoside interweaves tragedy and heroism. One hero is the LAPD’s John Skaggs, a white detective with sharp suits and a surfer’s vocabulary, a warrior whose conventional camouflage masks a total commitment to solving crimes that almost everyone else writes off.

There are too many tragedies to count, but the main narrative tells the story of the murder of 18-year-old Bryant Tennelle, the youngest child and son of Wally Tennelle, a black LAPD detective. Leovy follows the story from the murder through the trial of the accused. The reader follows the detectives of South L.A. as they fight to do their jobs, up against everything from bureaucratic inertia to the indifference of both their fellow LAPD officers and the media to the deaths.

Families are ripped apart. Witnesses fear retribution. Perhaps most heartbreaking of all, many in the black community believe that none of it is going to matter. Over and over, Leovy forces the reader to confront the utter failure of the legal system, both in Los Angeles and nationally, to deliver justice to the victims.

In a few concise pages of sociological and historical analysis, Leovy shows how large parts of the black community, forced to live without the rule of law in the American South, took those attitudes of deep distrust of legal authority with them as they moved out and around the country. Blacks were shot down by whites, but they also murdered each other with regularity. “When people are stripped of legal protection and placed in desperate straits, they are more, not less, likely to turn on each other,” writes the author. The distrust makes crime prevention and crime solving exceedingly difficult, and the disinclination of liberal white America to acknowledge and confront the problem does not help.

Leovy’s book brings this story into the national debate. The New York Times Book Review noted that her “relentless reporting has produced a book packed with valuable, hard-won insights—and it serves as a crucial, 366-page reminder that ‘black lives matter,’ showing how the ‘system’s failure to catch killers effectively made black lives cheap.’ ” Said the Washington Post, “ Ghettoside, if there’s any justice, will be the most important book about urban violence in a generation.”

Finally, Ghettoside is that rare serious work of nonfiction that has crossed into the mainstream. It was named Book of the Year by Hudson, the airport bookstore retailer, increasing the likelihood that its story will be heard.

Mary Ann Gwinn is the book editor for The Seattle Times, where she oversees books coverage and writes a weekly books column, and the co-host of “Well Read,” a nationally broadcast books and authors television program (http://www.wellread.org). She won the 1990 Pulitzer Prize for National Reporting for coverage of the Exxon Valdez disaster. She’s on Twitter at @gwinnma. 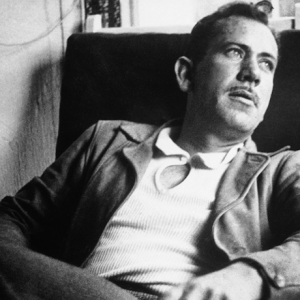 “My children loved Hero Boy and his dead zombie eyes.” Zadie Smith on belief, puppets, and the uncanny valley....
© LitHub
Back to top
Loading Comments...