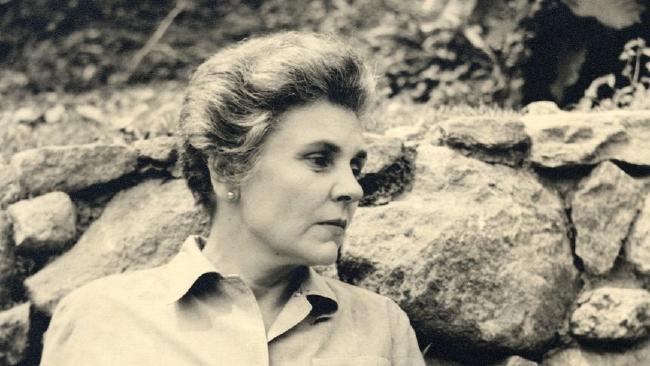 In the days leading up to the March 17 announcement of the 2015 NBCC award winners, Critical Mass highlights the thirty finalists. Today, NBCC board member Carmela Ciuraru offers an appreciation of criticism finalist Colm Tóibín’s On Elizabeth Bishop (Princeton University Press).

In the spring of 1975, Colm Tóibín bought a copy of Elizabeth Bishop’s Selected Poems at the Compendium Bookshop in London. He was nineteen years old. He committed to memory his favorite poem, “Cirque d’Hiver,” and by the time he traveled to Barcelona that fall, the book was a treasured and essential companion. In the decades since, Bishop’s work has been a nourishing force, shaping his sensibility and his fiction.

On Elizabeth Bishop is a study of her life and poetry, yet Tóibín reflects on his own history, too. The Irish novelist finds parallels between Bishop’s almost defiant reticence in response to trauma, and his own avoidances. “I have a close relationship with silence, with things withheld, things known and not said,” Tóibín writes.

Bishop has been criticized for her obliqueness, especially in relation to her sexuality—as if being indirect were a character flaw. Tóibín, also a gay writer, points out that Bishop was never interested in writing as a means of self-expression. She was a brilliant observer whose austerity often expressed, rather than denied, despair. The ache of loss is everywhere in her work. But hemorrhaging emotion, or lapsing into straight-on confession, was simply not her style.

The elisions in her poems, Tóibín argues, had an unsettling force of their own: “[T]here is always something else there in the space between the words,” he writes, “something that is controlled but not fully, so that the chaos or the panic held in check is all the more apparent because it is consigned to the shadows.” Early parental loss, transgressive desire, a lifelong sense of exile—all were consigned to the shadows. No matter where she lived (Brazil, New York, and elsewhere), or the heartbreak she suffered (including the suicide of her Brazilian lover, Lota de Macedo Soares) Bishop never stopped grappling with those preoccupations.

She was eight months old when her father died; when she was five, her mentally ill mother was institutionalized. Bishop never saw her again. Tóibín was twelve when his father died. By the time he was eight, he had developed a severe stammer, making his own hard-consonant name difficult to utter (“a special nightmare”). As a boy he wrote–and published–poems of his own, but told no one.

He honors privacy, whether his own or that of others, and describes coming from a place (County Wexford) where little was said. For Bishop, both the unsaid and half-said were self-protective defenses, always meticulously crafted. Tóibín praises her fastidiousness and remarkable powers of observation, evident not just in her poems but in letters to dear friends such as Robert Lowell and Marianne Moore. H

He includes marvelous excerpts throughout: “I’m afraid you’re the only poet I find very interesting, to tell the truth,” Bishop wrote to Lowell in 1964.

Yet the author is not content to study Bishop only by way of her poetry, her biography, and her correspondence. His ardor goes deeper. He travels to the Nova Scotia of her childhood, visiting the “modest house” which still stands “in a strange coastal flatness, with deep inlets all around.” Thus he is able to witness for himself the “watery northern light” Bishop describes so beautifully in poems such as “The Moose.”

This book achieves what any good work of criticism should: it inspires readers to revisit the source (or to seek out an author for the first time). It is hard to imagine reading On Elizabeth Bishop without appreciating her poetry on a deeper level. Tóibín’s recollections of his childhood, and insights into his creative process, are just as engaging: “Novels and stories only come for me when an idea, a memory, or an image move into rhythm,” he writes. “This happens almost of its own accord, and the work can only happen when the initial impulse and the rhythm become nearly inseparable.” Exile, yearning, abandonment, and grief are recurring themes in his fiction. No wonder Bishop has been a key influence.

On Elizabeth Bishop is instructive, even consoling. And yet again, Tóibín proves a writer of great subtlety and elegance–a pleasure to read on every page.

Carmela Ciuraru’s anthologies include First Loves: Poets Introduce the Essential Poems That Captivated and Inspired Them and Solitude Poems. A graduate of Columbia University’s Journalism School, she is on the Board of the National Book Critics Circle and a member of PEN American Center. She has written for the New York Times, Los Angeles Times, the San Francisco Chronicle, the Boston Globe, the Wall Street Journal, the New York Observer, Google Creative Lab, Salon.com, Guernica, the Huffington Post, the Daily Beast, and other publications.
http://www.carmelaciuraru.com/

Jhumpa Lahiri: On Language and the Longing for Home 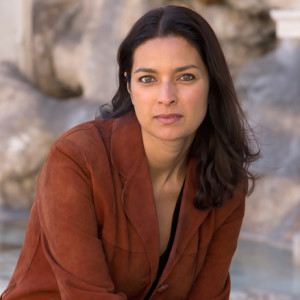 Jhumpa Lahiri: On Language and the Longing for Home

In part two of Jhumpa Lahiri's conversation with Paul Holdengraber, the two discuss the elusiveness of language, nostalgia,...
© LitHub
Back to top
Loading Comments...