20 Terrible Tales of True Horror From the Library

Kristen Arnett Has Seen Some Some Sh*t

Gather round, gentle readers! This week I present 20 tales of library dread, guaranteed to bring you thrills, chills, and spills in the form of someone dropping their full coffee on the rug in front of the reference desk again.

So sit back, settle in, and let me take you on a Truly Terrifying Journey:

Black Christmas: Santa Leaves Over 50 Waterlogged Phone Books in the Donation Bin
It’s the day after Christmas and Santa obviously hates you. Ho-Ho-HAUNTED! Get out the garbage bags and haul these dead bodies to the trash. Even more terrifying: they’re chock full of silverfish! No time to go home and shower. You’ve got a four-hour reference shift ahead of you.

Dead Lizard Haunts the Library Stairwell For All Eternity
Is the cleaning crew actually vacuuming? They say they are, but the corpse of this permanent resident says differently! Go ahead and name him. This is the only pet you have time for, anyway.

The Call is Coming From Inside the Library: Telephone Rings But It’s Out of Order
“I’ve tried calling you four times to let you know the phones are down,” yells furious co-worker who refuses to listen to reason i.e. they’re calling to tell you the phones don’t work?? You’re out of vacation days, by the way.

Eek! Reply-all Email!
It’s happening and there’s nothing you can do to stop it. Soon your inbox will be flooded with an infestation of “same” and “yeah” and “I agree” and “actually, we should have a meeting about this.”

Liquid Evil: Woman Pees on Library Chairs!
This phantom won’t stop until she’s wrecked every seat in the library. Be careful where you sit, there’s no telling what horrors your ass might discover lurking on the fabric of the reading room sofa! Hope you got your flu shot (you definitely didn’t get your flu shot, who has time to go get a flu shot, you’ve got another reference shift in ten minutes).

Flannel Board So Hideous It Gave a Child Nightmares
You spent weeks cutting out felt for this Storytime favorite and the first piece you put on the board elicits screams of terror! Cloudy With a Chance of Meatballs has never been so terrifying! Can you help it if your meatballs all look like Gremlins? Someone’s absolutely gonna complain to the director about this.

Her Grandmother Died Twice! The Library Employee Who Called in Sick Two Weeks in a Row With the Same Excuse Both Times
Is her Grandmother really dead, again? Is her car really in the shop? Does she actually have a dentist appointment for a broken crown/root canal/denture cleaning? It doesn’t matter! Cancel your plans. Your stuck with all her shifts. FOREVER.

She’s Losing Her Mind: Librarian Laughs Herself Crazy Over Shitty Local Puppet Theater Production
Hiring the cheapest puppet crew for Storytime has come at a deadly cost. They use Barbies instead of puppets and their stage is made out of one big piece of cardboard! The kids are booing and bored. Parents are outraged. You’ll laugh yourself to death over this mistake, but better do it in the bathroom where no one can see you cry.

You Monster! Library Co-Worker Sticks Her Finger in the Last Slice of Cake So No One Else Can Eat It
The cake you’ve been saving for lunch is gone, devoured by a merciless sadist who muttered “cake looks good” before she jammed her finger into the frosting then licked it clean. Better go eat those Olive Garden mints you stashed in your desk and hope they don’t taste like pencils.

Two-Hour Staff Meeting From Hell
Monday mornings never felt so interminable. This could have been an email… but it will never, ever be an email.

Nightmare Budget Slashes and the People Who Cause Them
You’ve got five dollars to buy books and fix the leaky library roof and pay your employees because city hall has decided to hack your budget with a machete. What’s next on the chopping block? Your sanity??

They’re Back: That One Patron Who Won’t Get Out
Turn out the lights, lock all the doors—it doesn’t matter, this patron is staying at least an extra 15 minutes after close on a nightly basis while they peruse the magazine rack and dawdle over the new-releases in fiction. Are they finally leaving?? Not so fast! Quick trip to the bathroom before they head out. You know how it is.

The Twisted Tale of the Faculty Member Who Couldn’t Figure Out How to Upload a PDF
It doesn’t matter that you’ve shown them how to do it 20 times; they’re going to send you the PDF and you’re going to upload it to course reserves for them. Hope you like doing someone else’s work for them and getting none of the pay!

House of Horrors: Pizza in the Library Bathroom
Enter if you dare! Someone’s brought an entire pizza into the library bathroom and eaten most of it, leaving remnants on the floor and bits plastered to the sink. You’ll never look at pepperoni the same way again.

Agony Upon Agonies, a Library Assistant Shelved the Entire Non-Fiction Cart in Alphabetical Order Instead of by Call Number
Over 50 books jammed into the wrong location because the new employee decided that this shelving method “made more sense.” Scream as loud as you want—no one can save you from shelf-reading every section for the next two months trying to find them all.

Evil Twin Checked Out 12 DVDs on MY Account and That’s Why I Have Overdue Fines
Someone’s stolen their identity! That’s the only reason they’ve racked up 28 dollars in fines, it’s definitely not the fact they checked out stuff and forgot about it. By the way, they’re definitely not paying any of it because their fines pay your salary!

Zombie from Beyond the Grave: Damn It, Someone Made Decaf
Why are you bone tired? Dragging? Pale as a ghost? One of your co-workers has decided to secretly switch everyone to decaf for “health-related reasons.” If you murder them for this, make sure you do a good job hiding the body.

The Foul Stench of Death! Who Took Off Their Shoes?
Obviously something has died in the library walls, right? Wrong! Someone has their shoes off again. But who? You can’t find the culprit and the odor refuses to dissipate. You’ll smell it even as you try and cram half a sandwich in your mouth on your five-minute “lunch break.”

Screams and Wails (of Pornography) on the Public Computer
You can’t unhear any of this.

Terrifying Noises from Within: Someone Jammed Crayons in the Copy Machine… AGAIN
The earth shakes and the air fills with billowing clouds of smoke. People run screaming toward the library exit. Is it the apocalypse? No, it’s something much worse—someone jammed the copy machine. Again. And this time it’s terminal.

Got a scary library story for me? Let me know and I’ll feature a few spine-chillers in the next column! 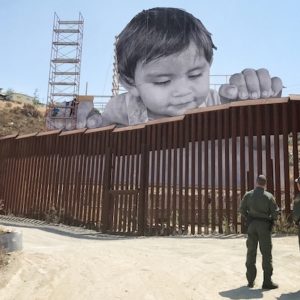 Phoenix, Arizona, March 7th, 2017 The desert that extends toward the south of this city is an immense graveyard. Thousands...
© LitHub
Back to top