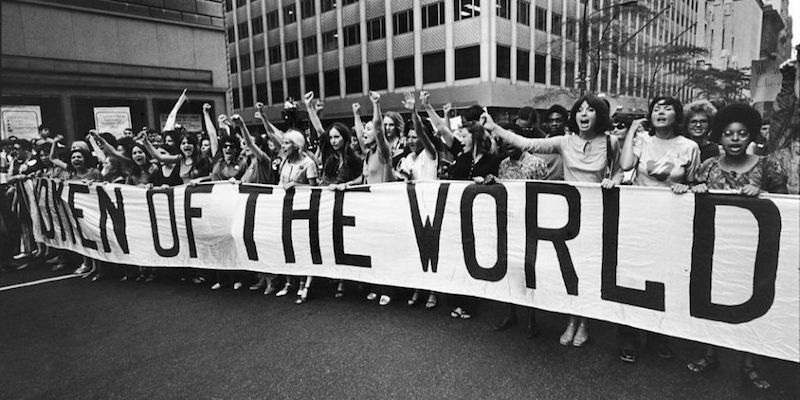 From Rebecca Solnit to Angela Davis to Bae Suah...

Happy International Women’s Day (and Women’s History Month) to all the incredible women who have made our national story and to all the innovative women who are continuing to do so. In celebration, here is a list of 11 women novelists, comic and graphic artists, essayists, and activists who are creating heartrending, essential stories. Many of them have books coming out this year as well, so you can dig into their backlist titles and have something hopeful to read in 2017. 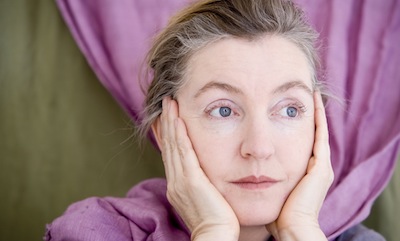 Rebecca Solnit: Dubbed the “Philosopher Queen” by ELLE Magazine, Rebecca Solnit writes incisive, intelligent pieces on motherhood, “mansplaining” (a term she coined), politics, feminism, the gender binary, and much more. Her indie bestselling title Men Explain Things To Me is also now available in Spanish as Los hombres me explican cosas. In the floodbreak of the 2016 election, her title Hope in the Dark resonated with people across the country. This built up to the March 7, 2017 publication of The Mother of All Questions, in which she states, “Liberation is always in part a storytelling process: breaking stories, breaking silences, making new stories. A free person tells her own story. A valued person lives in a society in which her story has a place.” 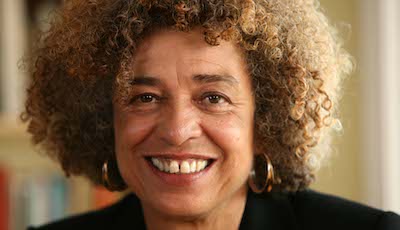 Angela Davis: With decades of thoughtful activism under her belt, Angela Davis has a depth of experience essential for today’s dialogue, spanning race, gender, prison rights, and beyond. If this doesn’t have you already interested, in 1969, President Ronald Reagan requested that she be barred from teaching at any university in the state of California because of her affiliation with the Communist Party. She was part of the Civil Rights Movement and tied to the Black Panther Party. Her Freedom Is A Constant Struggle hit multiple indie bestseller lists in 2016, but don’t stop there—dig into her older titles, and you’ll find gold: The Meaning of Freedom and Other Difficult Dialogues is a collection of her speeches on racism, community, freedom, and politics, and she’s a bit of a Frederick Douglass expert, having penned additional essays for an expanded version of Douglass’s masterpiece, Narrative Of The Life Of Frederick Douglass, An American Slave, Written By Himself. 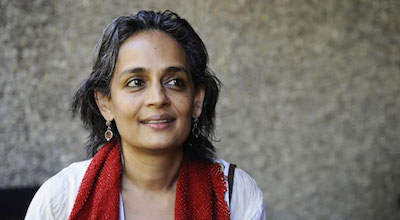 Arundhati Roy: If you don’t know this incredible novelist for her, well, novels, you’re likely not paying attention. But as Signature noted in a long piece in early February, instead of riding on her fame for her first novel, The God of Small Things, Roy has become something of a political activist. Her nonfiction writing focuses on “power and powerlessness,” including India’s 1998 nuclear testing and its efforts to become a nuclear superpower, the American bombing of Afghanistan, fascism in India, and her thoughts on meeting with Edward Snowden. Before grabbing a copy of her new novel, The Ministry of Utmost Happiness, read her searing works of nonfiction: Capitalism: A Ghost Story, Field Notes on Democracy, The End of Imagination, and Things That Can and Cannot Be Said. In her newest title, The Doctor and the Saint (available April 11), Roy strips down the cultural sainthood of Gandhi and examines some of the uncomfortable and controversial truths about the political ideas and career of India’s most revered man. 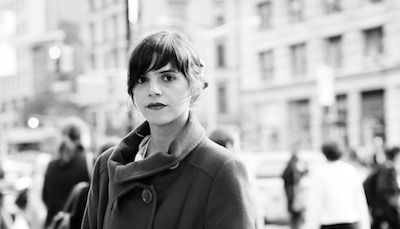 Valeria Luiselli: Mexican-born writer Valeria Luiselli wowed critics with The Story of My Teeth in 2015. The New York Times called her story of the traveling auctioneer Gustavo (Highway) Sánchez Sánchez “deeply playful,” and her novel addressed ideas about art and objects, even as the hilarity of Highway’s tooth collection of the famous (Plato, Petrarch, and Virginia Woolf included) ensued. But in 2017, Luiselli is taking on immigration; Tell Me How It Ends: An Essay in 40 Questions—which is available on March 28—is Luiselli’s record of conversations with undocumented Latin-American children facing deportation. This essential book humanizes these young migrants, highlights the contradictions of the American Dream, and explores the fear and racism so prevalent for the people who try to make the US their home. Other Luiselli titles to add to your list include her debut novel, Faces in the Crowd, and essay collection Sidewalks.

Gabrielle Bell: Bell grew up in an isolated rural community before taking art classes at community colleges and working dead-end retail jobs while she started her career as a cartoonist. Her titles include The Voyeurs and Truth Is Fragmentary, and her first full-length graphic memoir, Everything Is Flammable, publishes on April 18th from Uncivilized Books. Whether or not you’re already a fan of graphic novels, make time for Everything is Flammable: Spanning a single year, it tells the story of Bell returning from New York to rural Northern California to help her mother put her home and life back together. In the narrative, Bell continually acknowledges her issues with anxiety, financial hardships, semi-feral childhood, and her always-tenuous relationship with her mother. Don’t just take my word for it—Alison Bechdel (Fun Home) is also a fan: “Bell’s pen becomes a kind of laser, first illuminating the surface distractions of the world, then scorching them away to reveal a deeper reality that is almost too painful and too beautiful to bear.” 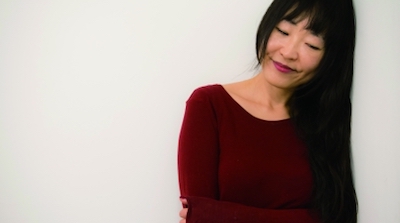 Bae Suah: If you’re trying to diversify your reading list, look no further than this heavy-hitting Korean writer, who has recently been translated into English. She started writing stories as a hobby, and the stories took on lives of their own; now, thankfully, she has been translated into English multiple times. A Greater Music follows a young Korean writer as she evaluates her romance with her rough and tumble metalworker boyfriend and her deep feelings for a past lover, a woman named M. Her most recent title, Recitation, explores the emigrant experience through the ideas of memory and personhood. Read more about Bae Suah in this interview with her translator Deborah Smith (who also translated Han Kang’s Man Booker Prize-winning The Vegetarian) and stay alert for her collection of short stories, North Station, publishing from Open Letter this October. 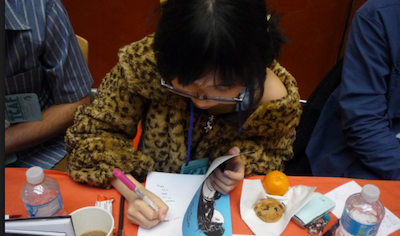 Jane Mai: If chic comics, feminism, and Instagram had a love child, it would probably be Jane Mai. Mai is a freelance illustrator and comics artist from Brooklyn, and her “autobio with a bite” See You Next Tuesday is relatable for any twenty-something female. She doesn’t just tell her own story—on May 16, her collaboration with An Nguyen and Novala Takemoto So Pretty/Very Rotten: Comics and Essays on Lolita Fashion and Cute Culture publishes, and you won’t find a better cultural critique in comic form. 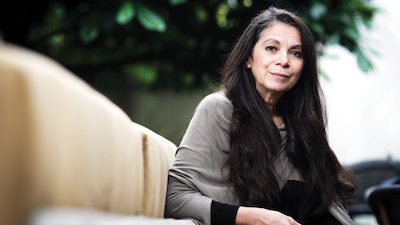 Carmen Boullosa: This Mexican writer is a literary powerhouse: poet, novelist, and playwright, Boullosa is a triple threat, and her work is now more relevant than ever. Her first novel translated in English was Texas: The Great Theft, which reimagines the 1850 Mexican invasion of the United States (complete with colorful ranchers, cowboys, and dancehall girls). She views border history through distinctly Mexican eyes, which couldn’t be a more critical perspective in our current dialogue. Her 1989 novel Before was translated into English for the first time last year, and her newest title, Heavens on Earth, beautifully challenges the primacy of recorded history, transcending the barriers of time through vivid, urgent prose; it publishes on June 20th. 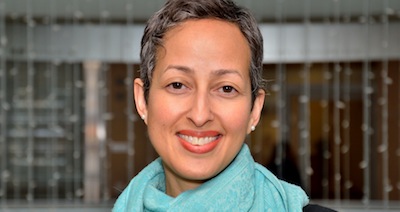 Sofia Samatar: The Somali-American professor and writer creates incredible fantasy worlds in her novels like A Stranger in Olondria and The Winged Histories, and her first collection of short stories, Tender, is out April 11 from Small Beer Press. When asked why she writes fantasy, Samatar explains, “I’m this person from a mixed background, you know, Somali and Swiss-German Mennonite, that you don’t see a lot of, and that it maybe encourages me to imagine other ways of being.” As a bonus, her fiction is replete with strong female characters. 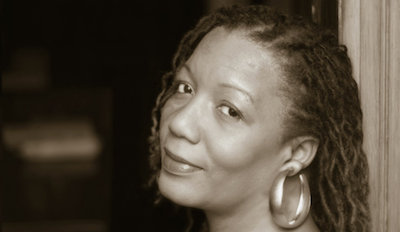 Bernice McFadden: McFadden’s latest novel, The Book of Harlan, traces a young jazz musician’s journey through Harlem, Paris, and a Nazi concentration camp. She won the NAACP Image Award for it, but it’s just the tip of her oeuvre’s iceberg. The author of nine critically acclaimed novels (I suggest getting a copy of Gathering of Waters immediately), McFadden started out adult life thinking she wanted to work in fashion (a fact clearly demonstrated by her NAACP award photos). After years of bouncing around to different big-industry jobs, McFadden landed on a year of unemployment, which launched her love of writing, and the world is better for it. Loving Donovan, Nowhere Is a Place, and The Warmest December are more required reading from this gifted storyteller. 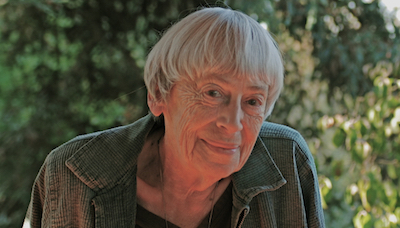 Ursula K. LeGuin: LeGuin deserves many awards for her 87 years of life—for her writing as well as for her informed, gracious perspective on current events, including a recent letter to the editor explaining the difference between science fiction and alternative facts. Since she started writing, LeGuin has been bucking the male stereotypes of the fantasy world and winning awards doing so (including multiple Hugo awards, a Newbery Medal, a PEN Award, a World Fantasy Award, and a National Book Award). The New Yorker covered her life and work in an in-depth feature last October, titled “The Fantastic Ursula K. LeGuin.” For a deep reading experience of LeGuin, check out Words Are My Matter: Writings about Life and Books, 2000-2016, with a Journal of a Writer’s Week.

Rad American Women A-Z: A new classic, Rad American Women A-Z has spent time on the New York Times Bestseller list, been excerpted on BuzzFeed, inspired Halloween costumes, and is genuinely loved by librarians nationwide. If you don’t have a copy, it’s high time you picked one up.

And the Spirit Moved Them: The Lost History of America’s First Feminists: Written by activist Helen LaKelly Hunt, this takes modern feminism back to its pre-suffragettes roots. Before Seneca Falls, black and white women joined forces at the 1837 Anti-Slavery Convention in the first instance of political organizing by American women, for American women. These early activists challenged slavery and the patriarchy, and they created a blueprint for today’s intersectional feminism. With a foreword by the legendary Cornel West, this book is sure to make waves and remind us where we come from. 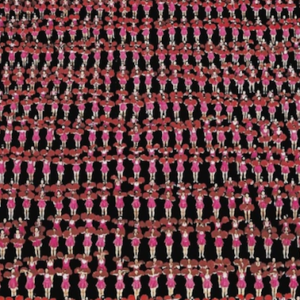 Bandi was born in 1950. He followed his parents to China to take refuge there during the Korean War. He spent his youth in China,...
© LitHub
Back to top
Loading Comments...