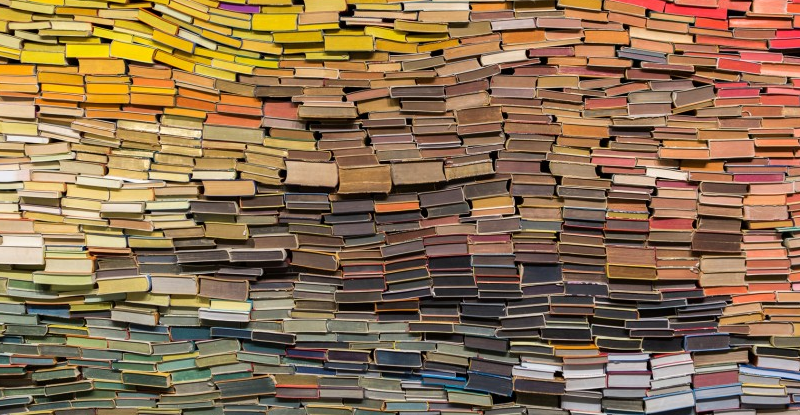 Caste is not unique to India, and no country should be reduced to a single social category, no matter how intrinsic a part of its reality. Nevertheless, to understand India you have to understand caste, whose intricacies are unarguably difficult. It is not just one of the most prominent social features of India; it is at the heart of many of the past and present fissures of the country.

I grew up in India living the reality of caste every day. Even so I had to learn, and unlearn, many things about caste while completing my two most recent books: the novel Ghost in the Tamarind, which narrates an inter-caste romance between a Brahmin man and a Dalit woman against the backdrop of powerful anti-caste movements in southern India; and a co-edited collection of academic essays on caste and life narratives.

What exactly is caste? You might have heard somewhere (perhaps in a high school or college classroom) that there are four ancient and unchanging castes in India ranging from Brahmins at the top, through Kshatriyas and Vaishyas in the middle, to Shudras at the bottom, with a fifth group of so-called Untouchables—the preferred term now is Dalits—even further below. These, though, are only partial truths, for history is replete with examples of the changeability of caste, and in practice there are thousands of castes. One truth about caste, however, is undeniable: in all its manifestations through history it has been the name for a monstrous and irredeemable system of social hierarchy and oppression based on horrific notions of ritual pollution and exclusion.

The various social groups collected most recently under the name Dalit have felt the power of this irredeemable system with the greatest force. The Indian constitution, adopted in 1950, acknowledged in an enlightened moment that the historically disadvantaged Dalits needed special support to advance socially and economically, and then set out to provide it. Since then, India has had a Dalit President and a powerful woman Dalit Chief Minister of a state. Nevertheless, the oppression of Dalits, ranging from daily humiliation (such as the maintenance of separate glasses for Dalits in some village tea shops) through sexual violence to outright massacre (alas, so many that the name of Khairlanji, where in 2006 four members of the Bhotmange family were brutally murdered, must suffice as stand in) continues till today. Reality is never neat or singular.

This is one reason “the Boom in Dalit literature”—as some have called it—of the last few decades is so important. The Boom represents the entrance of new and vital voices onto India’s literary stage—that is into forms of artistic production from which they had formerly been excluded (of course, Dalits, often musicians and performers, have had their own powerful expressive forms going back centuries). Many trace the origins of the Boom back to Dalit writing in Marathi, which began to gather force in the Seventies. From there, the Boom spread to other languages, and now there are significant bodies of work in Tamil, Hindi, Kannada, Telugu and other languages.

Below are eleven works that may serve as an introduction to caste. The works are not all by Dalits, for the experience of caste, and the need to critique it, is not their burden alone. Nevertheless, Dalit literature and voices help orient this list, which aims not to be representative but rather to present some highlights. All the works are widely available either in the original English or else in English translation. 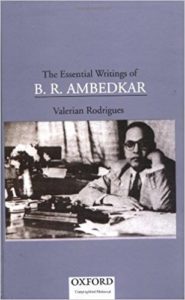 It is appropriate to start the list with Dr. B. R. Ambedkar (1891-1956), the most important Dalit leader of modern India. Ambedkar was a brilliant rival of M. K. Gandhi, with whom he tussled over Gandhi’s inadequate position on caste. (Gandhi attacked untouchability but also romanticized the caste system in some of his pronouncements.) A deep and wide-ranging thinker, Ambedkar converted to Buddhism toward the end of his life as a protest against caste. This collection includes the pivotal Annihilation of Caste and some of his writings on Buddhism. 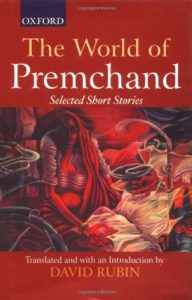 I am cheating here—this is not a book. It’s a short story, written in 1931, by the greatest figure of Hindi literature in the twentieth century. I read it in my high school Hindi class, where it made an enormous impression on me. You can find it in a standard collection of Premchand’s stories such as The World of Premchand (translated by David Rubin). The story presents the thoughtless and tragic exploitation of Dukhi Chamar by a Brahmin from whom he needs a favor. Premchand is regarded as a master of social realism, but the macabre final scene of the story, juxtaposed to the title, exceeds any tame sense of realism. In 1981, the story was adapted as a TV film directed by Satyajit Ray (available on YouTube with sub-titles)—so read the story, and then compare the film. 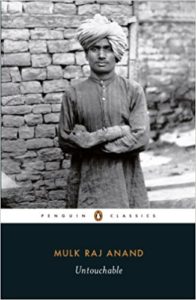 This novel, published in 1935, is a widely taught classic by an important Indian writer in English. It presents a day in the life of a Dalit manual scavenger Bakha, who bitterly ruminates on his lot in often florid language. The novel ends famously with Bakha attending a meeting at which Gandhi appears. In many ways the novel has not aged well, and has come in for its share of criticism for the depiction of Bakha. Nevertheless, it raises interesting questions about the literary depiction of a fictional Dalit life in English. 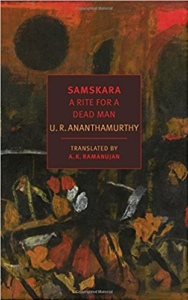 U. R. Ananthamurthy, Samskara: A Rite for a Dead Man, trans. A. K. Ramanujan

Ananthamurthy was a towering national figure in India who wrote in Kannada. The novel, set in South India and written in 1965, is a devastating psychological study of the progressive dissolution of a respected Brahmin challenged in his orthodoxy. Samskara was translated into English by the renowned poet A. K. Ramanujan, and an acclaimed movie adaptation was made in 1970. 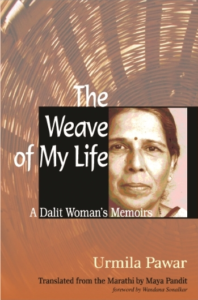 Urmila Pawar, The Weave of My Life: A Dalit Woman’s Memoirs

Published in 1988 in Marathi, this autobiography helped bring particular attention to the experiences of Dalit women. Pawar recounts her life over many decades including her childhood in a rural part of Western India, conversion to Buddhism, move to the great metropolis of Bombay, and involvement in the movement for Dalit emancipation. Among other things, the book, translated by Maya Pandit, powerfully registers the evolving nature of Dalit life and politics during the twentieth century. 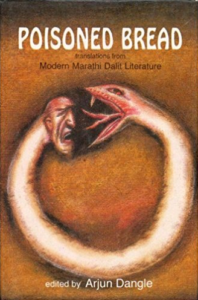 This 1992 anthology, edited by a prominent Dalit writer, brought to national and international visibility the Boom in Dalit literature in Marathi. The book includes poetry, fiction and non-fiction (autobiographical writing as well as critical essays) by significant figures of the Boom like Namdeo Dhasal, Baburao Bagul, and Raja Dhale. A reader might do worse than start with this iconic collection that remains relevant twenty-five years later. 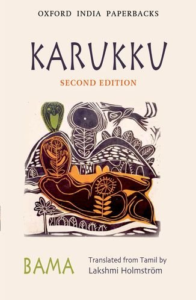 Karukku is a 1992 award-winning autobiography in Tamil by a Christian Dalit woman, translated into English by Lakshmi Holmstrom. Bama details not only her experiences of prejudice in her village but also within the Christian denomination to which she belongs. It is a good reminder that caste is not just a Hindu problem. On its publication, the novel quickly became famous for its earthy language. 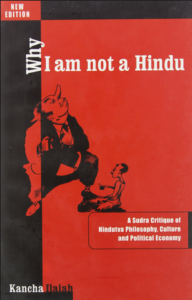 Kancha Illaiah, Why I Am Not a Hindu

This book, published in 1996, is part autobiography, part ethnography, part political analysis—and all polemics. It was enormously influential in introducing the idea of dalitbahujan. By dalitbahujan, Iliah means a social group consisting of Dalits as well as non-Dalit castes immediately above Dalits. Part of his provocative claim is that the social and cultural practices of dalitbahujan differ so much from upper caste Hindus that they cannot properly be called Hindus at all. Through this claim he sets out to debunk hindutva, or Hindu fundamentalism. 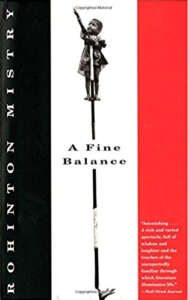 This epic novel in English follows four characters, two of them Dalit, over a number of years. The novel, published in 1996, is an extraordinary exercise in realism. Mostly set in Bombay during the Seventies, it portrays the Dalit characters in relationship to a vast and changing world around them. I consider it one of the greatest novels about India in the last quarter century; at the same time, comparing it to Anand’s Untouchable allows us to see how much things have changed—or, not changed—when it comes to literary depictions of caste. Fair warning—the novel is long and dark. 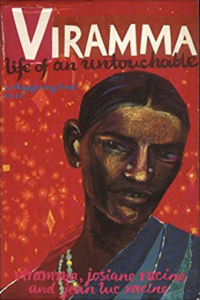 Viramma with Josiane Racine and jean Luc Racine, Viramma: Life of an Untouchable

Or should I say “by Josiane Racine and Jean-Luc Racine with Viramma”? Like many collaborative biographical projects, this 1998 book raises questions about whose voice we really read in its pages and how that voice has been packaged. The book is the life of a Tamil Dalit woman based on interviews that the France-based ethnographers conducted over many years. It was first published in French and then translated into English. I include it here because the narrative presents a female Dalit voice not yet politicized by the radical movements launched in Ambedkar’s name. 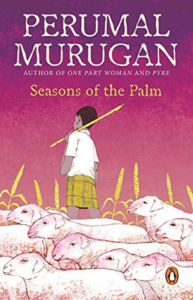 Perumal Murugan, Seasons of the Palm

Shortlisted for the Kiriyama prize, this novel in Tamil presents the life of a goatherding Dalit boy who works for a non-Dalit family a little higher than him in caste. It is in equal parts tender and harrowing, and has been wonderfully translated by V. Geetha. The boy’s relationship to this family as well as the goats he herds is detailed with great insight. Though not by a Dalit writer, the novel may be regarded as a work enabled by the boom in Dalit literature. Since the book’s publication in 2000, Murugan has been attacked for a subsequent novel—One Part Woman—that was deemed offensive by the caste community that it portrayed. The engagement with caste in literary works, as I was very conscious in writing Ghost in the Tamarind, remains controversial.

S. Shankar is a novelist, literary and cultural critic, and translator. His recently published novel Ghost in the Tamarind is a story of intercaste romance set against the background of the anticaste movements in India. He is Professor of English at the University of Hawai'i at Mānoa.

Spare Us Your Elegies: Who Will Advocate for West Virginia? 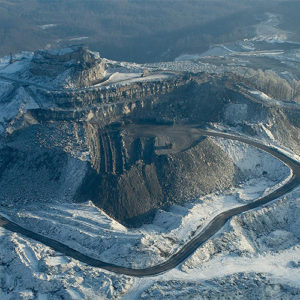 Spare Us Your Elegies: Who Will Advocate for West Virginia?

In recent years, indictments of extractive industry have come from those who have felt its slow violence. The sadness of West...
© LitHub
Back to top
Loading Comments...