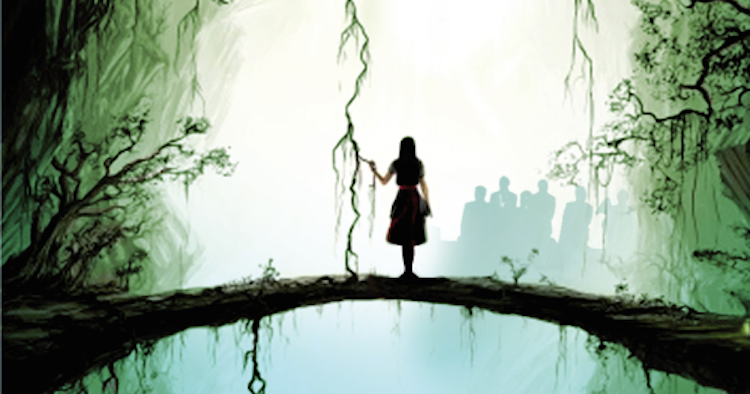 As more attention is paid to literature in translation, more tools emerge to aid us in trying to bring new (and in some cases, old) foreign works to an English-speaking audience.

Sometimes, however, those tools tell us something we don’t want to face. To wit, the wonderful database of translated works maintained by Chad Post of Three Percent shows us who is being translated—and by process of elimination, who is not.

My interest, of course, is: what Italian language books are being translated? And when I scan the names in the excel spreadsheets one can so handily download from Three Percent’s website, I see men’s names in line after line of the entries for Italian books that have been translated and published.

Of course, there are exceptions—and I don’t only mean Elena Ferrante. Europa, for example, has also published two works by Viola Di Grado in recent years (the second of which, Hollow Heart, translated by Antony Shugaar, was shortlisted for the PEN translation prize this year).

But it’s clear that the vast majority of Italian authors breaking through to English-language audiences are still men. Among the usual suspects is Andrea Camilleri, the noted suspense writer. (Not to suggest these “usual suspects” shouldn’t see their books published in English—they also include Antonio Tabucchi and Umberto Eco). Indeed, in trying to compile this list, I consulted Italian lists of “best books” of the year, plugging in 2012, 2013, etc., and found these rankings were almost inevitably dominated by men (no wonder many in Italy don’t believe Ferrante is a woman—ahem).

Here, instead, are some of the women authors we’d like to see translated. The list is a mix of recent titles along with some galling omissions of writers who won a Strega—the Italian equivalent of a Pulitzer Prize or the Man Booker—and have yet to see their works translated into English, in some cases decades later. 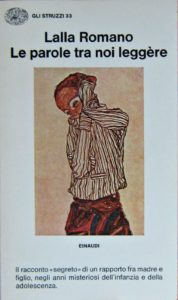 This modern Italian masterpiece is about the love between a mother and a son, and in some ways, it’s the classic story of fierce, overwhelming, uncomfortably unconditional maternal love. But in other ways it’s a celebration and a revelation of the mother-son bond. At one point, the author writes, “I don’t want him to know how much he is loved. If I were to know that I was loved as much as I love him, I’d be troubled by it.”

Why translate it? I believe winning an award as prestigious as the Strega indicates a level of literary merit that goes beyond the borders of Italy and hence demands to be translated. But more to the point of literary merit, Romano uses a visionary collage of school assignments, diary excerpts and letters to tell her story. 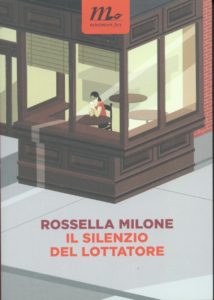 This 2015 collection of short stories tells tales of women who have been assaulted, women gamely if grimly attending couples’ retreats, of friendships that sour, of senile grandmothers who ritually dance a few steps of the Charleston from an era long past, and of love affairs weighed down by the obligations of modern life. The author’s voice is watchful, as if desperately hoping life isn’t the kick in the gut it appears to be.

Why translate it? Milone is part of a generation of Italian female writers who are penning tales of women making their way in a world where they are theoretically equal—and finding just where theory leaves off and reality begins. 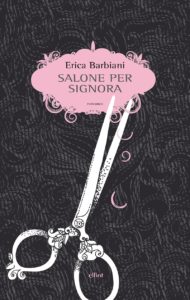 Where to begin with this whimsical novel? It tells the story of Edi and his wife Loretta who live in a town where clouds of chemical fertilizer dust hover just above them. Edi is a successful hair dresser but he feels unsatisfied; Loretta is similarly at loose ends. As acclaimed Italian novelist Niccolo Ammaniti said in a blurb for the book, Barbiani’s novel is “one of the funniest and most unpredictable comedies in recent years.”

Why translate it? In the words of one Italian critic, Barbiani “criticizes the ready-made myths” and supposed role models of society. And exploding ready-made myths is always an important and needed undertaking.

A book published in Italian that was written by a woman about a Somalian boy. That short description could be enough to seize one’s attention but one might also want to know that the book’s protagonist is 18-year-old Yabar who must embark on adulthood without the aid of his father who has returned to Somalia to fight. The book mixes reality with Somali legend in an unusual way.

Why translate it? Notwithstanding the horrific images of immigrant boats capsizing off Italian waters, Italy has become more of a polyglot society in the last two decades, and a new, exciting manifestation of this shift is immigrant fiction. Ubah Cristina Ali Farah is a writer of Somali and Italian heritage who was born in Verona but who grew up in Mogadishu until war forced her and her family to flee. Her perspective, needless to say, is unique, and the stories she has to share are ones the world needs to read. 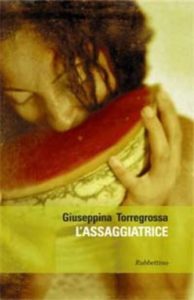 When Ancilluzza’s husband suddenly disappears, she reluctantly opens a shop selling typical Sicilian foods to support herself and her children. In the back of the shop, she cooks fish soups, cassatelle di ricotta, caponata, and other traditional dishes, and she loves, without holding back. She welcomes bodies and feeds them, in every sense. In the process of doing so, she learns to enjoy her sexuality and takes control of her life, no longer feeling trapped.

Why translate it? It’s a book that combines food and eroticism in a light, humorous way. And books about Italian women enjoying their sexuality, well, let’s just say we could use a few more like that. (Contributed by Franca Scurti Simpson) 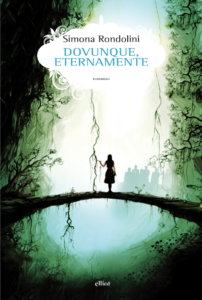 Music is at the center of this novel about a family of musicians who communicate through symphonies and arias more so than through words. Since she was a child, Laura Paliani has been trying to live up to her famous parents; her mother, Olga, is an opera singer, her father, Luigi, a world-famous conductor. The book takes off after Luigi kills himself following an intense concert series.

Why translate it? The book was a finalist for the Calvino Prize, and received a special mention from the jury. 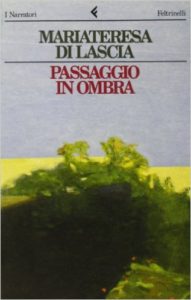 Passaggio in Ombra (A Walk in the Shade), Mariateresa Di Lascia (Feltrinelli, 1995)

This 1995 novel takes place in Southern Italy and tells the story of Chiara, a woman looking back over her life from the perspective of old age. Reliving episodes that lay dormant, re-evaluating relationships and decisions. Di Lascia, who died a year before the book was published, has been compared to Elsa Morante and Lampedusa. Oh really? Well, then! Let’s get this book translated!

Why translate it? Another female Strega winner (one who’s been compared to Morante, no less), and also another book from Southern Italy, a region begging for more literary exploration and exposure. 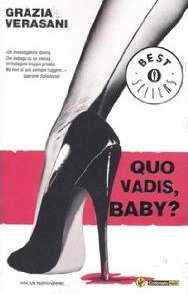 A thriller with a title that mixes Latin and English? I’m in. Quo Vadis, Baby? tells the story of private investigator Giorgia Cantini who is trying to get to the bottom of her sister’s disappearance years before by interviewing a man who was likely with her during her final moments of life.

Why translate it? Don’t know about anyone else, but I would love to read a novel about a single, forty-something Italian woman who while drinking in jazz clubs until the wee hours worries she’s wasted her life. On a serious note, Italian literature remains, again, in many ways an arcane boys’ club. If Verasani is merely a female version of Andrea Camilleri—well, that’s a step forward. 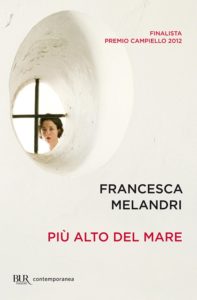 Melandri’s second novel is somewhat like a fable, and it takes place on an island that’s home to a maximum security prison. The two main characters, Luisa and Paolo, are going there to visit prisoners; she’s going to see her husband, a murderer, while Paolo will visit his son, a terrorist. As the Italian news magazine Panorama noted, the book gives voice to two invisible victims of terrorism who are shaped by sadness, but not overcome by it.

Why translate it? Europa has translated and published Eva Sleeps, Melandri’s first book, so we know that the author is someone to watch. Plus, any book that probes terrorism from unexpected angles is welcome. 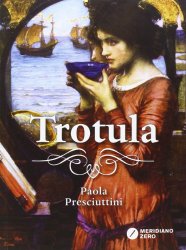 This is a work of historical fiction that tells the story of Trotula De Ruggiero, the first woman admitted to the Medical School of Salerno, around the year 1000 A.D. She studied ailments affecting women’s health, and at a time when modern medicine was still in its infancy, and when religious dogma dictated many medical practices, she questioned widely held concepts, such as the “inevitable” pain women experience in childbirth and the burdens (rather than joys) of sexual intercourse. She went on to write a collection of works referred to as the “Treatment of Women,” which is widely regarded as the beginning of gynecology and obstetrics medicine.

Why translate it? Apart from its literary merit, the book caters to those readers who are interested in a female historical point of view—there is a growing awareness that women’s role in history has been heavily edited, and that many women who have made extraordinary contributions in many fields have effectively been forgotten and written out of history. (Contributed by Franca Scurti Simpson)

Jeanne Bonner is a writer and journalist based in Connecticut. She is the 2018 winner of the PEN Grant for the English Translation of Italian Literature, given by PEN America. Her essays have been published by The New York Times, CNN Travel and Catapult. She studied Italian literature at Wesleyan University and has an MFA in Creative Writing from Bennington College. 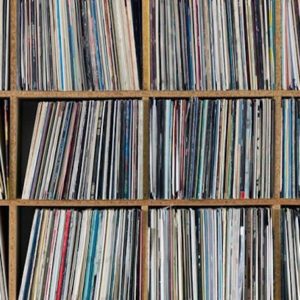 Heading home on the train from class one night, a college friend recognized me and walked over. We did what many New Yorkers...
© LitHub
Back to top
Loading Comments...