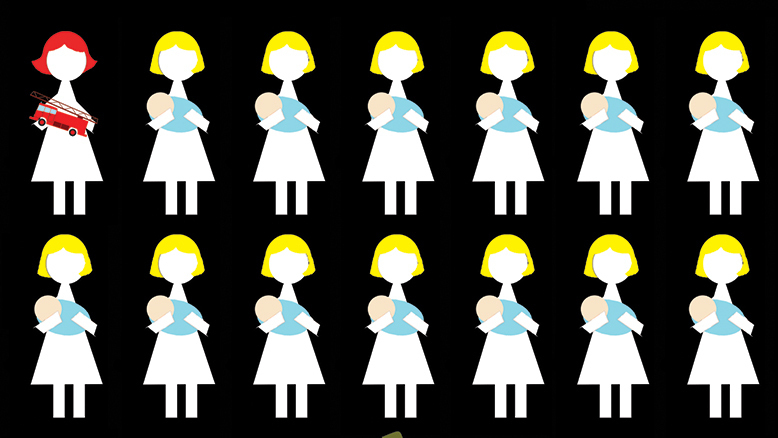 Because Women's Rights Are Human Rights

Under the American administration-to-be, women’s rights, and in particular their reproductive rights, are under attack. Mike Pence wants Roe v. Wade “consigned to the ash heap of history where it belongs.” Trump has said we should punish women who seek abortions—not to mention bragged about all the pussy he’s allowed to grab—and under his leadership, women’s health benefits in general are in serious jeopardy. Now Tom Price, a man who wants to defund Planned Parenthood and strip health coverage—including maternity leave and birth control—from millions of Americans, will be the secretary of health and human services. Somewhere, Margaret Atwood is thinking: I told you so. And it’s getting more and more Handmaid’s Tale-y around here every day. Lots of works of speculative fiction tackle reproductive freedom, of course, though some have more harrowing visions of the possibilities and the future than others. Here are ten examples that shake me to the core—read them, and I guarantee you’ll feel compelled to donate money to Planned Parenthood or similar. 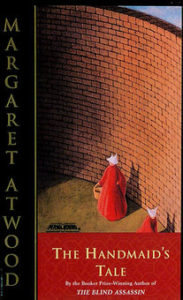 Atwood’s dystopian classic imagines a near-future world in which most people are sterile, and where a totalitarian theocracy has taken control of America. Marriage is pre-arranged, most women are not allowed to read or write, and all women must dress in specific clothing to show their station—whether wife, Aunt, Martha, or Handmaid. The titular Handmaids are fertile women who have somehow disobeyed the social or gender rules alone the way, and have therefore been forced into what is essentially reproductive slavery—their entire function is to bear children for the legitimate wives of men, via The Ceremony, which I won’t spoil for you by describing here. In fact, the men would like it if the Handmaids didn’t even look at anyone otherwise. And if you don’t fit into one of the prescribed categories of female, or if you refuse to follow the rules, or if you fail to conceive after two years? You’re declared an Unwoman, and banished to the dangerous outskirts, never to be heard from again. Though honestly, that might be better. 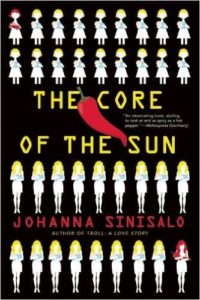 Johanna Sinisalo, The Core of the Sun

In a slightly altered present day, the Eusistocratic Republic of Finland separates its females into two categories: pretty, submissive wife-dolls called eloi, useful mostly for sex and childbearing, and the more intelligent, less pretty morlocks, who are sterilized and used for manual labor. Enter our heroine, who looks like an eloi but thinks like a morlock, allowing her to slip through the cracks, but also seriously messing with her mind. She develops an unhealthy addiction to chili peppers—which she must battle as she seeks her missing sister. 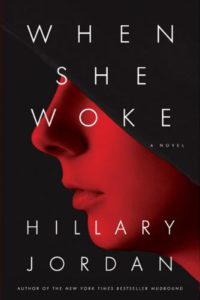 Hillary Jordan, When She Woke

This novel, a dystopian weirding of Nathaniel Hawthorne’s The Scarlet Letter, is set in a future that punishes crimes by “chroming”—that is, changing the color of the offender’s skin so that everyone knows at a glance what they’ve done. Because of a mass infection, most women are also sterile, and when Hannah has an illegal abortion, she is arrested and dyed red, marking her as a murderer. The first month of her sentence is broadcast live to the world, and during this time she is also forced to carry around a doll representing her aborted fetus. Eventually, Hannah tries to escape to Canada, which sounds rather familiar, as a solution. Even in the future, Canada is the holy land of freedom. 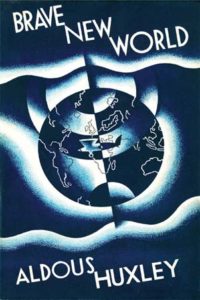 Normal reproduction doesn’t really exist in the World State—too messy. Too hard to control. Two thirds of the female babies are sterilized immediately after birth, and those who are not are required to use contraceptives. Humans are born in hatcheries, and if the State needs some new ones (humans, that is), they start by surgically removing someone’s unsterilized ovaries—”the operation undergone voluntarily for the good of Society, not to mention the fact that it carries a bonus amounting to six months’ salary”—and, courtesy of Bokanovsky’s Process, clone those into scores of embryos that will grow into lower-class worker humans. The silver lining, of course, is that because everyone is healthy and no one can get pregnant, the World State is pretty sex-positive. 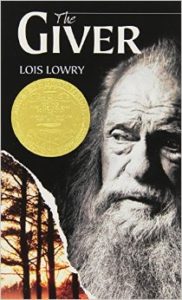 In The Giver and its sequels, citizens begin taking pills to quell their sex drives as soon as puberty begins—except for a few girls who are chosen at age 12 to become Birthmothers. As a Birthmother—an assignment with “very little honor”—the girls, who are required to wear masks both during conception and childbirth, bear babies who are immediately taken away and parceled out to the homes in the Community. The Birthmothers’ lives are cushy enough, until they hit their quota, and then they go to do hard labor in a factory until they die. So, probably not worth it. 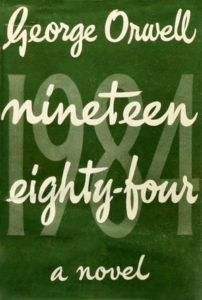 Unlike the “orgy-porgy” atmosphere of Brave New World, in the bad old world of Orwell’s classic, no one is supposed to enjoy sex. Lie back and think of the Party, is the general idea. But things can get worse. As O’Brien explains it:

Already we are breaking down the habits of thought which have survived from before the Revolution. We have cut the links between child and parent, and between man and man, and between man and woman. No one dares trust a wife or a child or a friend any longer. But in the future there will be no wives and no friends. Children will be taken from their mothers at birth, as one takes eggs from a hen. The sex instinct will be eradicated. Procreation will be an annual formality like the renewal of a ration card. We shall abolish the orgasm. Our neurologists are at work upon it now. There will be no loyalty, except loyalty towards the Party. There will be no love, except the love of Big Brother.

Abolishing the orgasm? Now there’s a dystopia for you. Julia, of course, posits that it’s this very thing that keeps people in line. “When you make love you’re using up energy,” she says, “and afterwards you feel happy and don’t give a damn for anything. They can’t bear you to feel like that. They want you to be bursting with energy all the time. All this marching up and down and cheering and waving flags is simply sex gone sour.” 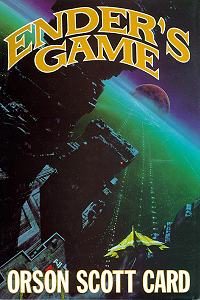 There are plenty of speculative novels that incorporate ideas about population control, but perhaps the most iconic of these is Ender’s Game, which imagines a future world in which third children are heavily taxed and highly stigmatized, almost to the point of being second-class citizens. But Ender is a government-sponsored Third—that is, his brother and sister showed such promise as space soldiers that the government commissioned Ender, hoping he’d be a mix of their qualities. This, of course, does not stop Ender from being mercilessly bullied in school because of his Third status. Until he totally crushes his bully, of course. 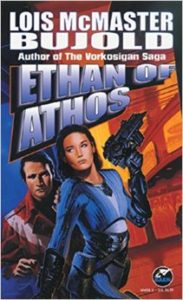 There’s a lot in this series surrounding identity, reproductive rights, medical ethics and developing technologies, but let’s focus on Ethan of Athos, which describes a planet inhabited entirely by men. That is, as soon as the “uterine replicator” was invented and babies could be produced without women (though egg cultures are required, and this is a major plot point), a religious order—whose leader thought women were unclean, evil creatures whose very presence incurred “madness” in men—settled the planet. This sounds like a planet certain members of the government would like to live on—can we send them there please? 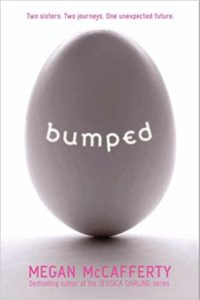 Teenage girls already think they’re the most important people in the world, but hey, get a virus to make everyone over 18 infertile and they sort of will be. Then birth control will become illegal, teenagers will be coerced and paid to carry babies for adult women, and young girls will (continue to) be told that their sole purpose is breeding. Like, OMG. 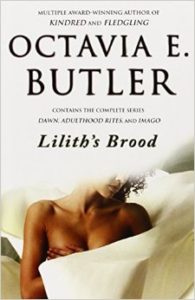 This future is slightly less likely than some of the above, but look, after recent events, I’m not counting anything out. In this trilogy, an alien race—the Oankali—lands on earth after humans have almost completely wiped themselves out with nuclear war and rescues/captures the last few survivors. They want to restore the planet and humanity—but they want to interbreed with it first, play with human genetics, and rebuild them as hybrids. So the survivors must choose—let the human race die out completely, or have children who are not completely human? 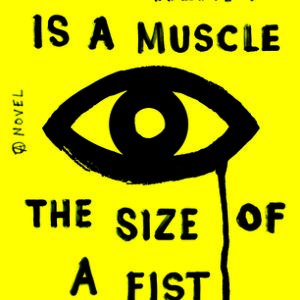 The match truck and sputtered. Victor tried again. He put match head to phosphate strip with the gentle pressure of one long...
© LitHub
Back to top
Loading Comments...