From Mr. Pumblechook to Mr. Pecksniff, the Meaning Behind the Monikers

You have to love Charles Dickens’ knack for naming characters. Who else could have come up with monikers like Mr. Sweedlepipe, Honeythunder, Pumblechook, and Squeers? And who, but Dickens, could make each name fit so well, like a tight literary glove, onto each character’s unique personality (of course Scrooge is a miser, could a scrooge be anything else?)

It was a talent that has kept readers chuckling for nearly two centuries. But time has left us modern, neo-Dickensians with a major disadvantage. We don’t see things in those names that Victorian readers would have easily picked up on, hidden 19th-century slang that would tell us something new (and often funny) about each character’s makeup. In short, we miss the brilliance of many Dickensian names because we rarely look beyond their appearance and sound. To redress that, here’s a look at ten of Dickens’ most beloved characters and what their names really mean.

Mr. Bumble (Oliver Twist)
You might first think Bumble got his name because he’s a bumbling idiot. Not exactly. Mr. Bumble is more bombastic than bumbling, which is why Dickens was probably thinking more of the word bumptious when creating his name. Bumptious is an obscure term for “conceited” or “swollen with pride”—a perfect description for a man “in the full bloom and pride of beadlehood.”

Scrooge (A Christmas Carol)
Two theories surround Scrooge’s name: It could be based on the archaic English word scrouging, meaning “crushing or squeezing” (an apt reminder that Scrooge is a “squeezing… old sinner!”). More straightforward still, Scrooge could simply be a phonetic play on screw, a common 19th-century slang for a miser (apt again). But since both scrouging and screw come from the same linguistic root, both are technically correct.

Mr. Merdle (Little Dorrit)
There’s no polite way of saying this but Mr. Merdle’s name means he’s full of shit (appropriate, actually, for this full-of-it financial fraudster). Dickens wasn’t so subtle here, as most believe that Merdle is an obvious play on the French word merde, literally “excrement.”

Miss Havisham (Great Expectations)
Unriddling Miss Havisham’s name is as easy as separating the letters. Do that and Havisham becomes Have-is-sham—Dickens’ moral reminder that “having” or possessing never brings enough happiness. True fulfillment lies in giving, everything else is, well, a sham—certainly a difficult lesson for anyone to learn who lives in a house called Satis, Latin for “enough.”

Mr. Pumblechook (Great Expectations)
It’s easy to understand the name of Pip’s pompous uncle when you remember that 1) he’s gluttonous and greedy. He “chokes” (or chooks) over his Christmas dinner and 2) Pip always feels like “pumbling” him—pumble being an early variant of pummel, “to beat or hit repeatedly.” Put them together and what comes out? Pumblechook!

Oliver Twist (Oliver Twist)
When writing Oliver Twist, Dickens immersed himself in the slang of London’s criminal underworld—and that’s probably where the name for its titular character came from. Twisted, in Victorian street slang, meant hanged (as in death on a rope)—an ominous forewarning about where Oliver’s neck may wind up if he keeps on hanging out with pickpockets and pimps.

Mr. Pecksniff (Martin Chuzzlewit)
The Pecksniff surname has become near synonymous with hypocrite, thanks in large part to Dickens’ word associations. Even before readers discover how truly hypocritical Mr. Pecksniff is, his name suggests it all: that of a shifty creature who humbly pecks at the ground one moment before haughtily sniffing the air the next, always testing the wind for his next chance to rise in the pecking order.

Mr. Pickwick (The Pickwick Papers)
It’s clear that Dickens created Mr. Pickwick to be the symbolic “light” of his first novel. (Pickwick is called “another sun” in Chapter 2). But Victorian readers were also invited to consider him as a sort of figurative candle—an old-fashioned tallow candle, to be precise, with a drooping wick that would constantly need to be picked out to stay alight. Any reader of the novel will get Dickens’ symbolism here, namely that Mr. Pickwick is always getting stuck in gloopy situations, only to keep on shining with some pick-me-up help from his friends.

Boz
Yes, Boz was Dickens’ self-appointed penname, but Boz was as much a Dickensian character in its own right, cloaking the real Charles Dickens in an aura of whimsy and mystery (that helped sell quite a few stories). But it didn’t actually belong to Dickens. Boz began life as Moses, a pet name for Dickens’ younger brother Augustus. It was Augustus’s unique way of pronouncing Moses (through his nose) that transformed it first to Boses, and then later to Boz. Dickens simply borrowed it as an adult (and must have thanked his lucky stars for speech impediments).

Bryan Kozlowski is the author of the new book What the Dickens?! and a member of the Dickens Fellowship. His writings on Charles Dickens’ life and legacy have appeared in Slate, Country Life magazine, Anglotopia, and Historic UK. He is the author of the children’s book, Cook Me a Story (Quarto). Bryan lives in Pompano Beach, FL. 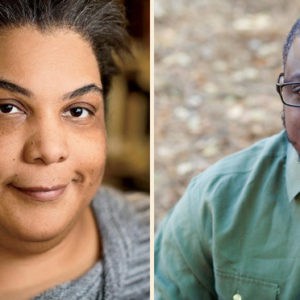 It’s common to hear writers of color speak of reading a particular book by a writer who shares their background or encountering...
© LitHub
Back to top