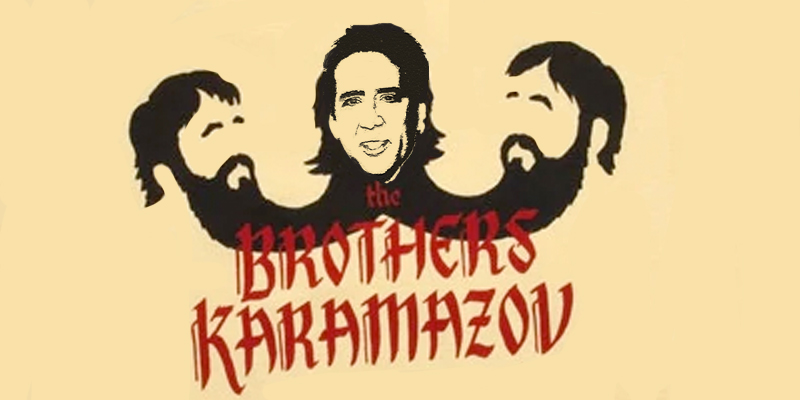 As part of the promotional tour for his new film The Unbearable Weight of Massive Talent, Nicolas Cage participated in an AMA on Reddit on Saturday, April 9th (which went viral on twitter thanks to dogged coverage from Jenn Jordan). For the entire session, he politely, thoughtfully, and genuinely shared his thoughts and opinions and memories about many topics, including but not limited to his love of silent film, his favorite pasta shape (square tube!!!), actors who inspire him (Adam West!!), directors he wants to work with, stories about making many of his films, his gratefulness to have worked on the recent masterpiece Pig, and how much he would like to play Captain Nemo in an adaptation of Jules Verne’s Twenty Thousand Leagues Under the Sea “because of the character’s love of the ocean,” to which he added “I share that with him.” (Tears.)

In case your heart has not melted enough, when a user (named coolguysteve21) asked “Who is your favorite character in all of literature and film?” Cage had an adorable answer, naming the sensualist elder brother in The Brothers Karamazov as one of his favorites.

“That is so hard to answer. I will say that James Dean’s performance as Cal in East of Eden is largely the reason I became a film actor. His role in that is one of my favorite characters in cinema. But then we can go all the way to Rasputin or we can go to Dmitri Karamazov. Dmitri Karamazov is one my favorite characters in literature. I love him so much because he’s so happy and he has no money. He’s just living it up. He spent all his money trying to get the girl. I did the same thing once. I was very Dmitri Karamazov in high school. The most beautiful girl in high school who was a grade older than me invited me to the prom but I had no money. My grandmother gave each of us a little bond. My older brother bought a car. My second oldest brother bought some stereo equipment. And I splashed out on a chauffeur-driven limousine, a tuxedo and a four course meal at Le Dome on Sunset blvd. The car was $2000, the stereo was $2000, and my prom night was $2000 and man, that was money well spent. THAT’s Dmitri Karamazov.”

While he technically didn’t say “Sorry Boss, but there’s only two men I trust. One of them’s me. The other’s Dimitri Karamazov,” I submit that his response is one of the most delightful discussions about one of literature’s most carousing characters. “We don’t get a lot of things to really care about” but we do have this little moment from Nicolas Cage.