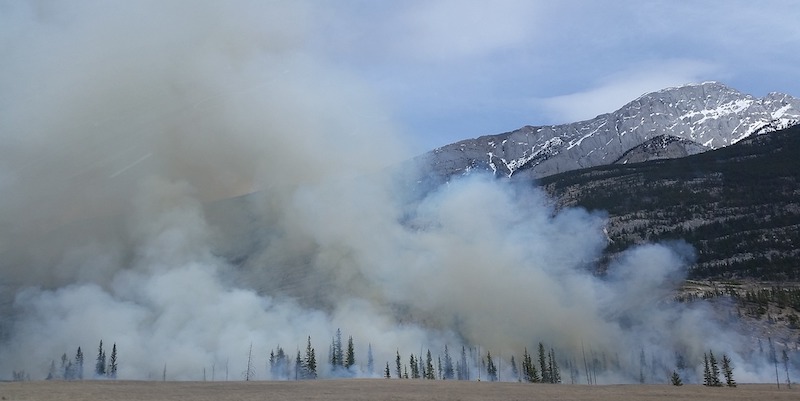 Chris Begley Lays Out the Possibilities

Pancho and I walked in silence along a muddy road, through a ghost town, in the Honduran rainforest.

“I built that school,” he said as he gestured to an abandoned wooden building. The wooden shingles and hand-hewn plank walls looked much older than the thirty years or so since he built it. He also showed me the house he constructed for his young family.

We camped on the edge of the ghost town. I was building a fire to cook dinner when I saw him standing at the far end of the clearing, his back to me, looking at something. He just stood there, and he was still standing there once I had the fire going and the water on to boil.

I walked over to see what was so interesting. His head moved slightly as he heard me approach. He wiped his face with a handkerchief, turned away from me, and walked off without a word. He had been looking at an enormous rosebush, and I knew what it was and why he walked away.

Pancho and his family had left this little village thirty years earlier, when violence arrived in the form of a powerful family set on claiming the whole valley. Rather than fight a war of attrition, Pancho and the others left. They left behind the school and the houses. Pancho also left behind a son. The rosebush he planted as a grave marker towered above me. I looked at the roses, then down at where the tiny grave must have been. I turned and saw Pancho standing over by the fire, this time looking off at nothing.

The personal impact of dramatic societal change will show up everywhere, in a thousand little ways, every day, as we remember life before, and the price we have paid. We cannot predict the particulars of these impacts, but we can see a preview of what they might look like. I see it in the faces of people at the grocery store, the stress and worry. Some of this visible tension is economic and political stress, certainly, but likely also a concern for the future. I see it with my college students who are not interested in committing to a long stretch in graduate school, or more dramatically in some who simply quit trying in their courses.

A profound, perhaps apocalyptic, change is bound to happen sooner or later.

Some threatening scenarios are already happening, like climate change and pandemics, and others could still happen in the future. For years, many of us have imagined a climate-change-related apocalypse. In 2020, our focus shifted to the pandemic. The virus created immediate, tangible problems, understandable to most everybody (illness, death), whereas the effects of climate change, although becoming more and more obvious, are more subtle.

To truly understand climate change, you have to analyze years’ worth of data. Since few are able to do that, we have to listen to and trust experts. Varied responses around the globe to the pandemic reveals the degree to which the opinion of experts may be rejected. In some places, ways of knowing the world may not align with what the experts do, as in the case of certain religious groups. Sometimes, particular histories or ulterior motives undermine the trust in experts. In the United States, for instance, an underlying anti-intellectualism has led to a politically charged distrust of experts. Of course, denying climate change has been a convenient political position for decades.

As an archaeologist, I see evidence that a profound, perhaps apocalyptic, change is bound to happen sooner or later. There is a nascent field of study dealing with the likelihood and nature of societal disintegration, known as collapsology. In a recent book, two French collapsologists, Pablo Servigne, an agronomist and biologist, and Raphaël Stevens, an “eco-adviser” who focuses on the resilience of socio-ecological systems, conclude that collapse is likely, but they argue that simplistic statements like this do not capture the complex future. They stress the need for change, suggesting that a belief that we can continue as before is akin to a utopian viewpoint, while realists recognize that a transition is coming. Looking at the collapsologists who assess our current condition and estimate the potential for widespread, profound change, there seems to be widespread agreement that cataclysmic change is a real possibility, maybe an inevitability, and climate change ranks up there as a likely cause.

One of the larger-scale studies on ancient collapses comes from Luke Kemp, a researcher at the Centre for the Study of Existential Risk at the University of Cambridge. He writes about the chances and causes of collapses, past and future, defining collapse as “a rapid and enduring loss of population, identity and socio-economic complexity. Public services crumble and disorder ensues as government loses control of its monopoly on violence.” Kemp surveys several ancient civilizations and concludes that the average life span of a civilization is 336 years.

He also comes up with several metrics that he suggests can help us understand the chances of a collapse occurring. Many of Kemp’s conclusions are derived from the work of archaeologists, emphasizing not only proximate causes but the complex systems in which we live and work, and the ways in which those systems can fall apart. Despite the difficulties inherent in prediction, we do have clear indicators of the way things are going, and we can estimate the ways in which certain things are going to change. Climate change, for instance, is well researched, and while there are many unknowns and new variables that could come into play, there are parameters, or levels of confidence, that we can use to talk about events we are confident will happen. We are not merely guessing about the future.

How quickly could climate change become so drastic that it would constitute an apocalyptic event? Quicker than we think.

We have some idea of certain things that are going happen, but we might not know whether they are going to constitute an apocalypse or a catastrophe. Everything suggests that it is not a question of if but when these events will happen. As an archaeologist, I would say yes, they are going to happen. It always happens. In some ways, though, that is not the interesting question. I want to know when, how, what it will look like, and how it would affect different people. I also want to know if there is any way to prevent or to mitigate the things that are going to happen.

Civilizations do not last forever. What I am concerned about is how fast change will come, and how dramatic it will be. Judging from historic examples of apocalyptic events, the whole process could take a very long time, be multicausal, and be unevenly felt among the population and across space and time. I do not know exactly what the end of our civilization will look like and I wonder about whether it will be understood as a catastrophe.

From our data about the past, I imagine the process of collapse has already started, with environmental problems as one cause and political and social issues—particularly inequities in wealth and power exacerbated by neoliberal policies over the last half century—as the other. How quickly the unraveling will proceed, and how long until we realize that the process is going on, are harder to divine. Some processes, like climate change, are understood sufficiently well that, while unknowns exist, evidence suggests it will create profound and negative changes on a global scale.

My next concern is how soon something is likely to happen. For the moment, to answer that question, let me set aside some of the unlikely scenarios that could presumably happen at any time, like a meteor strike, and talk about the likely scenarios, starting with climate change. In terms of how quickly climate change could bring about a catastrophe, most climate scientists suggest it is already happening. Many of us nonspecialists get the same impression. The hurricanes, the fires, the changes in rainfall patterns and other weather conditions that have affected agriculture might already constitute real catastrophes. How quickly could climate change become so drastic that it would constitute an apocalyptic event? Quicker than we think. There is some disparity in thought on this, but scientists routinely talk about truly significant changes in climate within the next fifty years, and many talk about catastrophic change in twenty or thirty years. In that case, it appears that we are talking about something within the lifetime of today’s young people. Overall, I think we radically underestimate the speed and seriousness of the change we are beginning to witness.

Other causes for an apocalyptic event, such as a pandemic, can emerge quickly. In order to estimate how long we have before we can expect an apocalyptic pandemic, I can look at how often they have occurred in the past, what causes their occurrence, and whether I can expect such occurrences to accelerate in thefuture. In terms of pandemics, two things suggest that they will be happening faster. One is the loss of habitat for the animals that might be carrying the contagion for the next pandemic. Humans positioning themselves to be in closer contact with animals that were formerly more remote will certainly speed up the process and the opportunity for currently unknown diseases to pass from animal hosts to human hosts. The other factor would be increased population density. With more and more people on the Earth, the ability to contain outbreaks to a small number of people becomes more and more difficult. Our increased global connectivity will also increase the risk that an outbreak could become widespread. 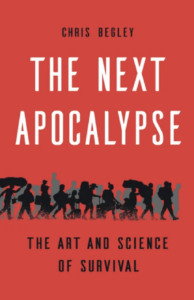 Excerpted from The Next Apocalypse: The Art and Science of Survival by Chris Begley. Copyright © 2021. Available from Basic Books, an imprint of Hachette Book Group, Inc.

Chris Begley is an underwater archaeologist, a wilderness survival instructor, and an anthropology professor. He has a doctorate from the University of Chicago, was a Fulbright scholar to El Salvador, and is a National Geographic Explorer. He has worked in North, Central, and South America and around the Mediterranean. He lives in Lexington, Kentucky. 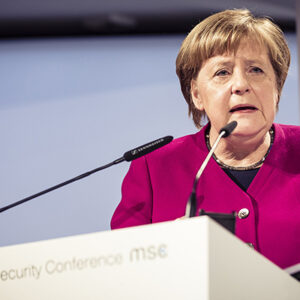 In this episode of Just the Right Book with Roxanne Coady, Kati Marton joins Roxanne to discuss her book, The Chancellor:...
© LitHub
Back to top
Loading Comments...