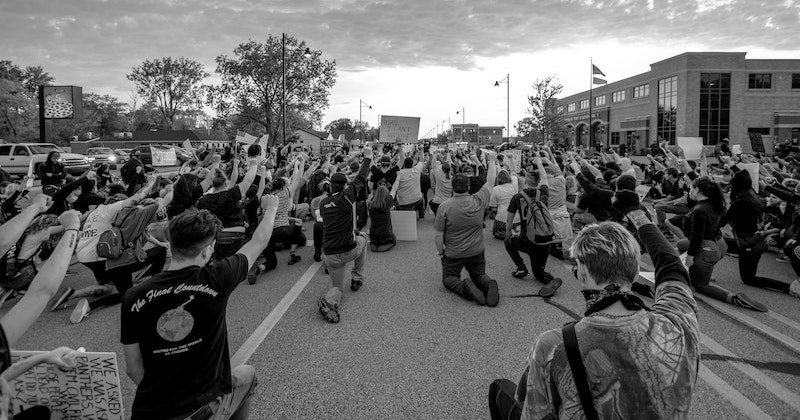 A remarkable essay by writer and activist June Jordan entitled “Civil Wars” tells of her impatience with self-appointed leaders who consolidate power and energy, and her appreciation for the eruptive energy of the Miami uprising of 1980, which followed the acquittals of four police officers who had beaten to death 33-year-old Arthur McDuffie, a Black insurance salesman and Marine:

It was such good news. A whole lot of silence had ended, at last! Misbegotten courtesies of behavior were put aside. There were no leaders. There was no organization and no spokesman. There was no agenda. There were no meetings, no negotiations. A violated people reacted with violence. An extremity of want, an extremity of neglect, and extremity of racist oppression had been met, at last, with an appropriate, extreme reaction: an outcry and a reaching for vengeance, a wreaking of havoc in return for wrecked lives, a mutilation of passers-by in return for generations mutilated by contempt and by the immutable mutilations of poverty. Miami was completely impolite.

In Jordan’s narrative, this eruptive moment coincides with a dispute she was having with her good friend and fellow activist, Francis Fox Piven. For some period of time, they were not on speaking terms. Nevertheless, the essay closes with this moment:

I decided to let it stand: to let the failures of the friendship stand and to reach out, instead, to Frances in areas of mutual, urgent concern, to engage once again in talk about tactics of struggle… If the essence of a peoples’ movement is its spontaneity, then how can you sustain it? But I hesitated. I thought again about all the other things that we would not talk about and all the arguments that would persist between us, and my feeling was, “What the hell; friendship is not a tragedy; we can be polite.” And so I called her up, to talk.

Jordan’s essay moves beautifully on this parallel track, between friendship and allyship, between the language and sociality we use in all cases. She gives weight to the need for explosive, impolite speech and action, and grants such “incivility” an essential personal and political value. “Speaking out of place” is the only correct moral response to repeated acts of silencing and harm. But crucial, too, is the moment when that eruptive energy needs to be channeled into organization and sustained. And because Jordan recognizes this, she calls on Piven.

In her book Challenging Authority, Piven addresses precisely the phenomenon of eruptive protests, such as we saw after the May 2020 murder of George Floyd. At these moments, she observes, people “rise up in anger and hope, defy the rules that ordinarily govern their lives, and, by doing so come disrupt the workings of the institutions in which they are enmeshed… [T]he drama of such events, combined with the disorder that results, propels new issues to the center of political debate.” Possessing scarce resources and little if any organizational infrastructure to rely on, protesters use “weapons of the weak” such as boycotts, highway blockages, and rent strikes. They garner media attention and use social media as well; they call out and shame bad people and bad practices in both conventional and unconventional speech. In many cases, such eruptions come about as the expression of long-term historical grievances, and thus they also mark—and spark—a new public political consciousness that can result in material change. As journalist Sarah Jaffe asserts:

The key to understanding how to make change is to understand how power operates. Being able to donate millions to a single candidate is power, but so is shutting down the busiest shopping district in Chicago on the busiest shopping day of the year, as activists did in 2015 to protest the police shooting of Laquan McDonald. The action is estimated to have cost retailers 25 to 50 percent of their sales that day. Refusing, collectively, to pay millions of dollars in debt, is also power, as is closing the schools in Detroit for days in “sick out” protests in a kind of informal strike against abysmal conditions, as teachers did in early 2016 to force out the emergency manager appointed by the governor. Disruption is power when it is used strategically.

Political scientist Aristide Zolberg describes these atypical, eruptive states as “moments of madness,” by which he means periods of political exuberance when “human beings living in modern societies believe that ‘all is possible.’” Veteran activists often cite such moments as decisive in forming their own political commitments, and they can lead to long-term, sustained involvements, organizations, and movements. Again, with the #BlackLivesMatter protests of 2020, we witnessed a sea change in public attitudes regarding police violence. Long-held skepticism with regard to #BLM was transformed into solid belief in its justness, a change in feeling brought about not only by the brutal evidence placed before people’s eyes, but also by the fact that when people saw just how many others were outraged by the murder, they gained confidence in their own reevaluation of the movement. The fact that the protests erupted in cities, suburbs, rural areas, and in every state of the Union inspiring protesters old and young, and of many races, should not be overlooked; nor should the fact that the demonstrations spread beyond our borders, even in the midst of a global pandemic that made public gatherings dangerous.

“Speaking out of place” is the only correct moral response to repeated acts of silencing and harm.

As people around the world witnessed this crisis in America, not only did tens of thousands take to the streets in solidarity; they also linked racist state practices in the United States to those in their own countries—Australia, Britain, France, Germany, and elsewhere. What started in Minneapolis became a referendum on police violence everywhere, all through the power and moral energy of the protests. When politicians and governments are held accountable for defaulting on their promises to support democracy and to practice it, the streets become a place where unofficial, yet highly visible plebiscites can take place. Notably, June 2019 saw demonstrations on an unprecedented global scale, in far-flung places such as Czechoslovakia, Hong Kong, Kazakhstan, and Palestine. As researchers at the Tricontinental Institute noted:

It is impossible to anticipate the spur for rebellion. In Lebanon, it was a tax on the use of WhatsApp; in Chile, it was the rise in subway fares; in Ecuador and in Haiti, it was the cut in fuel subsidies. Each of these conjunctures brought people to the streets and then, as these people flooded the streets, more and more joined them. They did not come for WhatsApp or for subway tokens. They came because they are frustrated, angry that history seems to disregard them as it consistently favors the ruling class.

They go on to point out:

It is important to ask why people have taken to the streets, to ask about their political orientation. In each of these cases—Chile, Ecuador, Haiti, and Lebanon—the core issue is that the people of these countries have been defrauded by their own bourgeoisie and by external forces (pointedly, multinational corporations). The protests have targeted their governments, but that is only because these are protests that want to uphold democracy against capitalism.

Make no mistake—it is impossible to predict either the short-term or long-term effects of such protests. My focus here is not on the conventional (and often short-sighted) political markers of success or failure, but on the larger question of changing a people’s attitude about their ability to speak and be heard, in both conventional and unconventional ways. While it is foolhardy to overvalue perceptual changes or small instances of hope, history has shown us that large things can gradually emerge out of smaller things. As critic John Berger puts it in his 1968 essay “The Nature of Mass Demonstrations”: “A demonstration, however much spontaneity it may contain, is a created event which arbitrarily separates itself from ordinary life. Its value is the result of its artificiality, for therein lies its prophetic, rehearsing possibilities… A mass demonstration distinguishes itself from other mass crowds because it congregates in public to create its function, instead of forming in response to one.”

I want to pay particular attention to Berger’s assertion that a demonstration as something that “separates itself from ordinary life.” For the argument of this book, “ordinary life” is the life we have become habituated to—and the habits we have adopted include “knowing our place.” Demonstrations eruptively set those habits aside; in fact, the best ones obliterate them. These demonstrations put on display, as the plebs did on the Aventine Hill, a rejection of policing the boundaries of whose voices count, and whose do not. 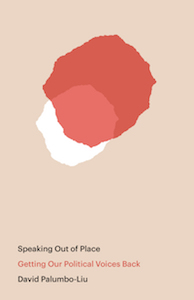 Excerpted from Speaking Out of Place: Getting Our Political Voices Back. Used with the permission of the publisher, Haymarket Books. Copyright © 2021 by David Palumbo-Liu.

David Palumbo-Liu is the Louise Hewlett Nixon Professor, and Professor of Comparative Literature, at Stanford University. Besides his academic books on race, culture, ethics and politics, he writes for Jacobin, Truthout, The Nation, the Guardian and other venues.

Ian Toll on the Lead Up to the Pearl Harbor Attack 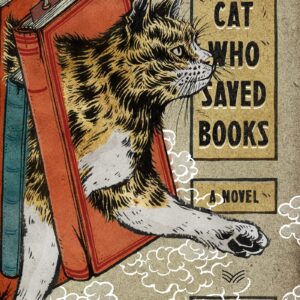 Rintaro’s grandfather had always been a mysterious character. He seemed to inhabit a slightly different reality than...
© LitHub
Back to top
Loading Comments...