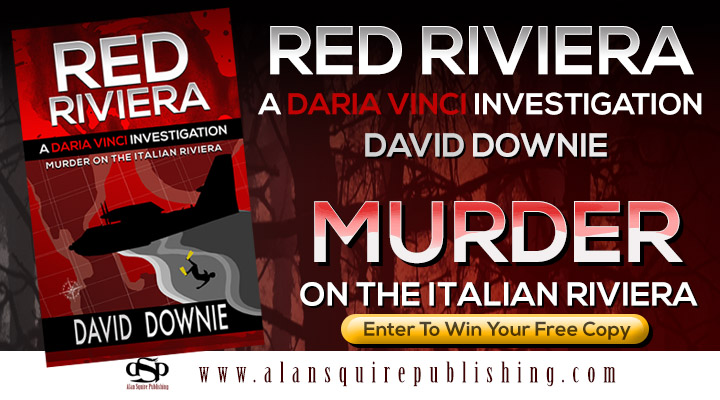 Win a Copy of Red Riviera by David Downie!

Its jaws open wide, a firefighting seaplane skims the glittering Gulf of Portofino on Italy’s jagged Ligurian coast, scooping up seawater, unlucky anchovies and a lone swimmer named Joe Gary. The superrich, retired Italian-American spy has mob connections and a dirty political past. Has he been snatched by accident or murdered?

If you like Aurelio Zen, Aimee Leduc, and Inspector Brunetti, you won’t be able to put down this captivating first adventure of Commissioner Daria Vinci.

We’re giving away 5 copies of the book, courtesy of Alan Squire Publishing.