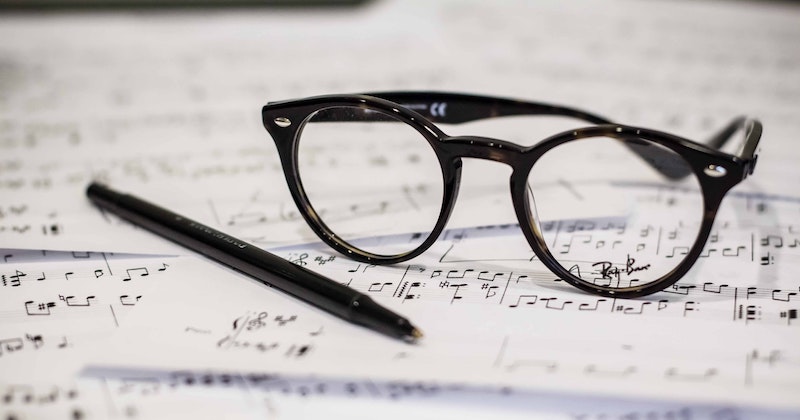 Plot Is Just Music You Sing In Your Mind: How Popular Rock Songs Can Help Shape Your Novel

Katie Crouch on Structure, Character Development, and the Band CAKE

Plot. For some novelists I know, it’s a dirty word. It’s “expected”, Or “tired”. Or, if I really know the person well, they might admit they say it’s tired because it feels just impossible. Thinking on this, I wanted to share a trick that I’ve come across after crashing and burning too many times to tell. (A writer must have some secrets.) It’s super easy: Just listen to your favorite song.

Here’s what happens every time I start to write a novel: I get super jazzed about the characters in my head and the world my mind is building without my permission. I wake up in the middle of the night, scrawling things down. It’s a summer house in Rockland, and cousins are coming together to fight over an inherited canoe… Or, It’s a couple who moved to Namibia for a job, but one of them is lying to the other. …Or, it’s a Bavarian circus during a plague on Mars…

Most of these ideas are doomed, of course.

Anyway. The first few chapters, they sort of write themselves. (I always want to kill writers who say that, but bear with me.) What’s the big question? Why is my character so sad? Or funny? Or annoying? Who’s telling the story and why? All these questions can really keep a novelist happily busy for at least a hundred pages. But then, eventually, the big problem arises: So what the hell is going to happen in this book?

Oh, the millions Hollywood writing instructors have earned coming up with sure-fire formulas for plot! I’m not saying these people aren’t smart, because they are. It’s very comforting, when lost, to look at a grid of a Three Act Structure. Have you ever seen a Save the Cat beat sheet? It’s nothing less than mystical, how a regular human has broken down some of the best stories of the modern age into a series of bite-sized steps anyone can try for themselves. I’ve studied them all, often printing them out and tacking the sheets to my wall. But they don’t work for me. In the end I find myself scowling at them and marking them up with half-hearted scribbles.

Because here’s the thing: plot is everywhere. It’s just the way life moves, so that we can keep interested in what happens next. Paintings have plot. Twitter feeds have plot. Sex has plot. Life has plot, until it doesn’t. Do we know life ends? I think so. But what about the middle? How good are we at keeping the middle interesting? You might learn a new language, change careers, change partners, have a kid at 58. We don’t call that plotting, but it is. Plotting is keeping your existence interesting enough so that people gossip about you at the grocery store.

Let’s move our plot lesson over to popular rock songs, an art form that emerged many decades ago as a rebellion and now has morphed into a structure we’ve come to expect and know in our bones. I’m not a musician, but I listen to a lot of music, both good and bad, and every time I get stuck it’s the only thing that helps. So let’s do it. Let’s look at the structure of a song.

The song I’ll look at is Let Me Go by CAKE. I’m choosing this not only because I love this song, but also because John McCrea, the lead singer of CAKE, is a friend of mine. That’s right, I know a real live rock star! A long time ago, we were neighbors, and now our daughters are pen pals. So! I’ll use his very excellent song to show how to finish a novel when one gets stuck on plot.

Ok. So, let’s listen to the first 52 seconds of the song.

Notice how everything is set up in the first few seconds. The tempo. The fun beat. We’re tipped off, as listeners, as to what to expect. It’s nice when the beginning of a book does that. I’m not saying you can’t change tone or styles in the middle. But when you start a book and a song, your ear clicks in, and, if it’s good, you’re looking forward to more.

What’s more, there’s a verse here. Sure, I could get into ABAB rhyming structure, but I’d be full of hot air, and I want to be a lot less granular than that.

So, big picture. The first verse lets you know in general what we’re talking about here. What’s the big problem? In this song, the singer is waiting for a girl, and he’s letting us know he’s worth hanging out with because his lyrics are smart. Steal, steal. steal, novelists! What if your novel had a first verse? What if they were encompassed in the first five chapters? If we mirrored CAKE, by the end we’d know where we are, why we’re there, what we want. And we know the rhythm. We’re melancholy, or cerebral, or we’re shaking our hips and having a party. I’m going to argue that the first verse is the most fun and most important part of your novel. If I’m not into it, I’m changing the channel on the radio.

OK, un-pause, please, and listen to 1:33. We’re now at the refrain, which is the repeated part of the song. Usually, you’ll hear a refrain three to four times. It’s the bit you sing when you want to remind someone what it sounds like, or if you want to annoy your brother. To me, a refrain gives a song structure. If there’s no refrain, I get a little edgy.

So, what does that mean for novelists? I interpret this as going back to your original characters and their quest a couple of times in the book so that we’re not flung out into the universe. I mean, in The Great Gatsby, we don’t just see Daisy once. She’s the refrain that causes everyone to butt their heads against the wall. I just finished The Incendiaries by amazing R.O. Kwon, and she goes back again and again to the same refrain of unrequited love and striving to climb beyond one’s class. Figure out what your refrain is, then remember to go back and croon it a few times. Readers are people, and people need reminding of what we’re supposed to care about.

Figure out what your refrain is, then remember to go back and croon it a few times.

Okay, now listen to 2:32. Another verse, and then the refrain. I don’t have anything new to say here, except imagine keeping your own rhythm and then revisiting your refrain. Also, why not chair dance a little? Isn’t this a great song?

Now. 2:33 to 2:49. This is super important. Can you hear how the song does something different here? Some sort of French radio ditty that doesn’t make sense but does? This is called, by some people, the bridge. Bridges can be short, like this one, or they can be long and self-indulgent, like, say, Lynyrd Skynyrd’s Free Bird.

(Though that bridge makes me want to drive into a tree. I think of it as mansplaining, in musical form.)

What you need to take away as a novelist is that as you near the three-fourths mark of your novel, you need to do something a little different. Yes, action needs to happen, but maybe a new voice can be introduced. Or the characters go somewhere new. Or a new part of the book we’ve never seen before pops up. In Gatsby, the gang goes to Manhattan where all hell breaks loose. I just read Vendela Vida’s riveting We Run the Tides, and at the 75 percent mark, she moves the whole plot up 25 years and sends everyone to Capri. Your bridge shouldn’t feel like a different novel altogether, but everything should be elevated, and if that means tricking things up with a new character or setting or time machine invention, go for it.

Okay, let’s listen to the end. A return to the refrain, with some fun horns and John flexing his lovely vocal powers, which he’s been politely holding back until now. As a novelist, you should be thrilled about your last paragraph, because you can seriously croon all you want. You’ve earned it! Check out the end of The Road by Cormac McCarthy, or The Nickel Boys by Colson Whitehead. Those magnificent last paragraphs couldn’t have worked earlier, because they are basically giant codas, and if you throw an Aretha Franklin blow-out into the first bars of a song, you’ll just knock everyone over.

Let me wrap up with a coda myself: Please don’t make yourself miserable over plot, novelists. I personally guarantee that every single person who reads this can build a story because you’ve known, since you were born, how the arc of a narrative is formed. You took your first breath, your heart kept its singular beat, and then that breath was finished. Now: Find your song. Figure out your refrain. Show off your bridge. Make it beautiful. Keep it tight. Oh, and most importantly—get out of there with a nice clean ending. Remember Free Bird? The best songs and stories always know when to say when. 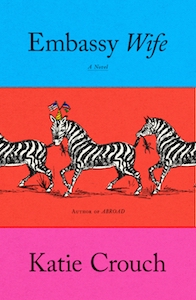 Embassy Wife is available from Farrar, Straus and Giroux. Copyright © 2021 by Katie Crouch.

Katie Crouch is the New York Times bestselling author of Girls in Trucks, Men and Dogs, and Abroad. She has also written essays for The New York Times, Glamour, The Guardian, Slate, Salon, and Tin House. A former resident of Namibia and San Francisco, Crouch now lives in Vermont with her family and teaches creative writing at Dartmouth College. 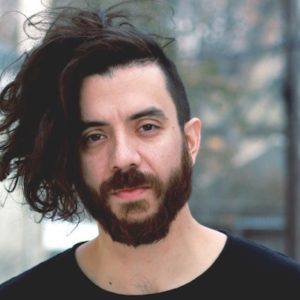