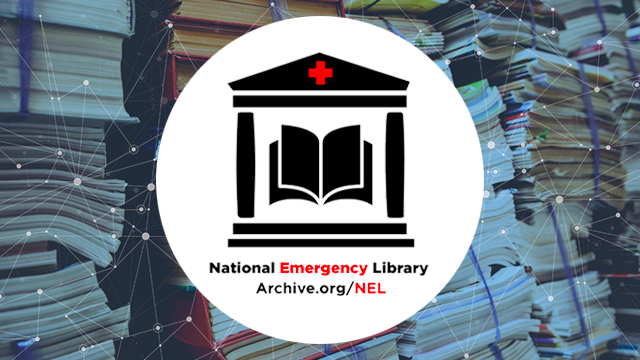 Now you can read 1.4 million books for free from The National Emergency Library.

Are you fresh out of viable reading material? Has a fortnight-long staring contest caused you to loathe each and every cursed tome on your bookshelf? Has the urge to sneak into your local library and salivate over the endless array like a modern-day Henry Bemis become too much to bear?

Well don’t despair, Pandemic Hank; salvation is at hand. The Internet Archive announced yesterday that it will suspend its waiting lists for digital copies of its 1.4 million books as part of a project known as the National Emergency Library—a collection of books that supports emergency remote teaching, research activities, independent scholarship, and intellectual stimulation while universities, schools, training centers, and libraries are closed due to the Covid-19 shutdown.

The Internet Archive said it would keep the waiting list suspended until June 30, 2020, or “the end of the US national emergency, whichever is later.”