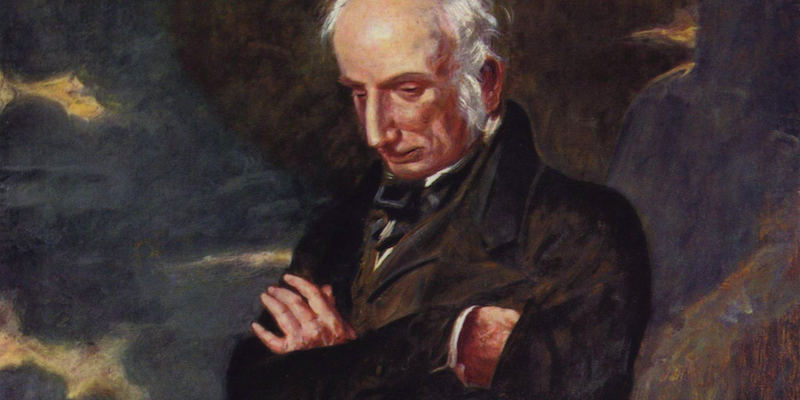 Lord Byron used to call William Wordsworth “Turdsworth,” and yes, this is a real historical fact.

Excellent news for this bleak Tuesday, friends: the Romantic poets used to make fun of one another using (what else?) the kind of wordplay that reminds you they were basically all adolescent boys. According to Michael Wood’s recent essay in the London Review of Books, about Susan J. Wolfson’s academic book Romantic Shades and Shadows (published in August 2018 by Johns Hopkins Press), the poets used to make fun of William Wordsworth’s so-literary-it-can’t-be-real last name. Samuel Coleridge playfully referred to his own poem “The Nightingale” as “Bird’s worth,” while Lord Byron, ever the jokester, referred to Wordsworth as “Turdsworth.”

Wood’s essay explores Wolfson’s arguments about the practice of reading, including “linguistic agencies” (this is the part emphasizing Wordsworth’s own uses of wordplay, as well as the ones he was humorously subjected to) and how the dead animate themselves through the written word. Which Lord Byron has definitely done, and he sounds like your nephews.

Wood’s article was circulated on Twitter this morning by Dr. Jonathan Potter, a Victorianist, who was surprised and delighted by the discovery of Wordsworth’s moniker. As are we all, sir. AS ARE WE ALL.