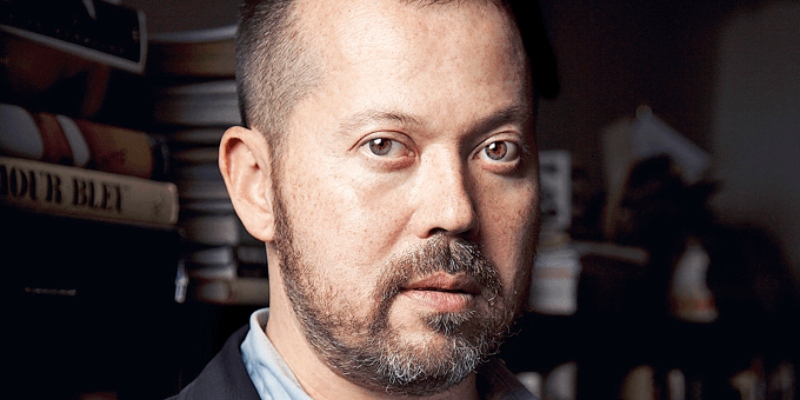 Writer and editor Alexander Chee joins hosts V.V. Ganeshananthan and Whitney Terrell live from the annual Writers for Readers gala in Kansas City to discuss editing Best American Essays 2022. Chee talks about what makes a strong essay and how he curated the volume, as well as how his training as a speed reader stood him in good stead as he made his selections. He also comments on specific pieces by Alex Marzano-Lesnevich, Kaitlyn Greenidge, Anthony Veasna So, Ryan Bradley, Vauhini Vara, Erika J. Simpson, and others.

Writers for Readers is an ongoing partnership between the Kansas City Public Library and the University of Missouri’s MFA Program in Creative Writing. Funds raised support the Maya Angelou Book Award and enable graduate students to teach writing classes at the library.

V.V. Ganeshananthan: I was looking back through the past guest editors of Best American Essays: 1988, your former teacher Annie Dillard; 1995 Jamaica Kincaid; 2007, David Foster Wallace; 2018 Hilton Als. Edwidge Danticat, Susan Sontag, Cynthia Ozick, Edward Hoagland. That’s august company. How does one find out that one has been selected to guest edit Best American Essays? And what does one do when that happens?

Alexander Chee: Well, currently, Robert Atwan reaches out to you, and asks you if you’d like to do it. I suppose somebody has said no, but I don’t know of anybody. And as soon as you say yes, you are sworn to secrecy for over a year to protect you from all the people who will send you essays and all the friends who might expect you to include them. I knew I was going to be getting a group of essays from him starting in November. I thought, “Why wait?” So, I just started creating my own long list over the year. I usually read somewhere between three and four essays a day just for fun. That’s why I’m on Twitter, basically.

AC: I’m a speed reader because I was trained in this program. When I describe it, it seems like some kind of weird 1970s science fiction TV show. But anyway, it was the 70s and we were put in a classroom with a machine that broadcasts sentences on a screen up on the wall. Did anybody else do this?

[some people in the audience raise their hands]

WS: I did not know we were gonna go here with this question, but I am excited to hear the rest.

AC: So your teacher would turn the speed on the machine up and then you would take a comprehension test. And of course, inevitably, somebody would reach over when the teacher wasn’t looking and crank it.

VVG: Why did they stop with this glorious technique? Child of the 80s envious over here.

WT: I’m installing this for my 300 level classes immediately.

AC: Yeah, so there’s no skimming with that method. You’re just reading fast and it doesn’t sound like the Chipmunks are reading to you. It just feels like excitement.

WT: Okay, we’re not going to change the podcast topic to your speed reading techniques from childhood. Although I would not mind doing that.

VVG: I’m pitching this for a few weeks from now.

WT: Were you excited when you heard? Were you like, “Oh, shit!”

AC: Oh, over the moon. Yes. It was incredibly hard not to tell people. I was very annoying to some family members. I was like, “I have something really big, and I can’t tell you.” Then I realized that my sister, who is a yoga teacher in Silicon Valley, probably wasn’t going to spoil it for me. I tried to imagine her saying that to her class, you know, “Guess what my brother’s doing!”

WT: We did an episode with Susan Choi and Oscar Villalon about what it is like to judge book awards, which people can find in our back feed. One thing they talked about was how much work it turned out to be even though they were working with readers committees. There’s a readers committee for the Maya Angelou Book Award, which we just announced, not a single judge. So are there readers committees for Best American or do you get the whole thing? What’s the physical process like for doing this?

AC: Well, we got FedEx envelopes from Robert Atwan. They’re full of essays that he has torn and cut out of magazines. I won’t call him a Luddite because he does use email, and he will send links, but that’s just his process. There’s a log with the different essays and as the number of selections grows, the log has more entries on it. The log is printed on paper and, gradually, you have a bunch of FedEx envelopes. I started creating categories: No, yes, maybe, and then another one was just a question mark.

VVG: So we’re going to talk a little bit about some of the individual essays that made the collection and the connections that interested Whitney and me. But you’ve seen the essays that didn’t make the collection, and you may well have read more American essays from this year than anyone alive. Now that I know about the speed reading technique, I feel 100 percent sure that that’s true.

WT: I’ll call the Guinness Book of World Records and we’ll see if we can get you in there.

VVG: Did this cumulative experience lead you to any unexpected insights about what’s happening in American nonfiction and or in America in general?

AC: Well, in the anthology introduction, I do talk about how, that year, it seemed like I could have had it be an anthology of elegies. So many people were writing about people they’d lost, and not just to COVID. One of my favorite essays is by a young man named Tanner Laguatan. It appeared in Wired, and it was his first published essay. It was about playing World of Warcraft to memorialize his late cousin, who he used to play with when they were kids, and that was how they could hang out together even though they didn’t live close by. And so he goes to the game and has them give him back his character.

Then, once he has that identity again, he goes and finds that his cousin’s character has also been deactivated. He starts going around, and it’s just this incredibly beautiful essay, beautifully written for the way that it makes this video game come alive, and also for the way that it’s so full of tenderness as well. He’s such a great young talent, and I met him a couple of weeks ago when he came to New York for a launch reading. He was a pro at signing the books, and he read beautifully. He’s gonna have a great career. It was amazing to realize that that was one of the first essays I had found. I found it in January of 2021.

VVG: You said almost an anthology of elegies. That’s what you say in the intro. One writer in the volume is included posthumously, and another piece is about another writer’s passing. There are several other elegiac pieces in the collection. But you also said “almost” and you invited us to your party. I wonder if you can talk a little bit about grief and joy in the volume, because it’s also their essays that, including some of the pieces I just mentioned, are tremendously fun to read and have a great sense of humor.

AC: What are you thinking of?

AC: “Baby Yeah.” Pavement fans might recognize that phrase. So that one was so bittersweet to find because I found it, I think, maybe just after he died. Anthony Veasna. He was a tremendously talented young writer who had debuted with a book of short stories and died, I think, as it was being published. This essay came out from n+1, and in it, he’s writing about a friend of his who committed suicide that was in his MFA program with him. So it doesn’t sound, from a summary description, like a really fun essay to read, but it is. There’s so much love in it. I think something that we can forget is the connection between grief and love. The way that we feel grief because we feel love and that connection is profound, in short, full of joy.

The Best American Essays 2022 (Ed.) • How to Write an Autobiographical Novel • Edinburgh • The Queen of the Night

Transcribed by Otter.ai. Condensed and edited by Hannah Karau. Photograph of Alexander Chee by M. Sharkey. 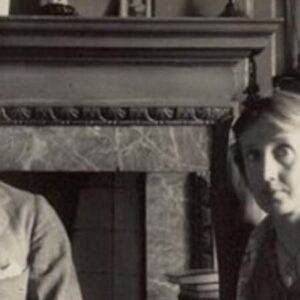 Virginia Woolf was the most distinguished of the four Englishwomen who welcomed Thomas Stearns Eliot. Her chief impetus to meet...
© LitHub
Back to top