How to Haul a Book Collection Across an Ocean

Connor Harrison is Moving to Canada

Soon, I will be leaving England for Canada. Staffordshire for Montréal. Hitchhiking on the back of my girlfriend’s two-year grant, I will be flying off the European continent for the first time, to be dropped in the deep end of real snow. Since I spent my childhood fantasizing about New York and California, Canada was left in the periphery, of somewhere surely just like America. But nowhere is just like anywhere.

Growing up, Canadians had appeared gradually for me, like ghosts finding bodies. It turned out that Jim Carrey was one, and Margaret Atwood, and Ryan Gosling. But in trying to learn more about Canada, and Montréal, the obvious happened: it became no more peripheral than America is to it. And to find myself submerged in this new culture, where the signposts are in a French I am still learning, I knew that I’d need to prepare accordingly. That I will need to maintain fixtures—to, if I can, transport some objects and totems that might identify me, in case I get lost in all that snow.

So I turned to books.

My books have the habit of outgrowing their shelves like moss. They spread up walls, over carpets, into the bed, multiplying without consideration for space. Describing this process as though it takes place independently of me sounds like a cop-out, but it really does feel like they are as fertile as rabbits—even if I’m the one buying all the rabbits. And since my girlfriend and I moved in together and merged our libraries, the problem has only been exacerbated. But transatlantic travel insists on pruning, and so we have started to cut back. Duplicate copies—mostly classics we were both assigned as undergraduates—have been carried in shopping bags to charity shops, followed by the books that I could, with some prodding, admit that I was not going to read. Then, some that I confessed silently to not wanting to read again (the burden of Walter Scott’s coma-inducing The Antiquary was, after six years, lifted). What we now have left are only those books that either we have yet to read, that we know we will re-read, and any books that might grow in the meantime. Which leaves us at around 800.

But more severe pruning is necessary, because that transatlantic travel limits us, on average, to around 25 books each. Twenty-five. A book for every year that I have lived. It suddenly seems trivial when quantifiable by novels. This is not gardening, I thought. This is swinging a machete through flower arrangements.

Which sounds dramatic. But my facility for over-attaching to objects is a mild form of hoarding, and discarding with the most useless and unsentimental of items can end up being a challenge. This insistence on retention branches out to other aspects of my life, too. Like when I realize that I have lost touch with a friend, or that I might not ever see a particular building again. The losses feel personal, and being cut off from the lives of these people, buildings, and bric-a-brac is a specific kind of melancholy. I save coins, some because they are old or foreign, others because they have been in my pocket a long time; I keep dried up pens because it feels callous to throw them away; I still have shirts from when I was 15. So leaving over 700 books behind feels like ditching hundreds of voices that are all trying to ask me a question.

“All that can be done is for each one of us to invent our own ideal library of our classics.”

It will have to be done, however, regardless of my unhealthy anthropomorphism, and while choosing feels impossible, it is also a rare opportunity to find out which books are necessary to me. But by what system do you decide?

My first thought was of the canonical. In 25 books I could, I thought, fit the complete works of the Bronte’s, Shakespeare, Austen, and Chekhov. I could arrive in Montréal with what has been deemed irreplaceable. But this was a self-defense mechanism. I haven’t believed in any true canon for years. And there are obvious drawbacks to this tactic: why take all the books you know will be in the libraries? And more importantly, how can some externally judged list of stories help to anchor me in a foreign country? It would be like asking someone else to attend your therapy session. But I could include some of these in my 25, the ones that actually mean something to me. Since Wuthering Heights was, literarily speaking, my first time, I decided to take Emily with me; given that it was the novel that said to me, quite loudly, that writing is something I can do, I added Of Mice and Men to the list. And even if it was just posterity speaking, I did want Shakespeare in my 25. But I was unable to choose one play, so I added The Complete Poetry and Plays of William Shakespeare to the list. I’d made a start.

Considering that with these books I wanted to reflect something of myself—my literary make-up, my writing mentors, my reading-for-pure-joy reading, I re-read “Why Read the Classics?” In his essay for the New York Review of Books, Italo Calvino sets out what it is that defines a “classic.” Near the end, Calvino discusses the idea of personal classics; a private canon. “All that can be done,” he writes, “is for each one of us to invent our own ideal library of our classics; and I would say that one half of it should consist of books we have read and that have meant something for us, and the other half of books which we intend to read and which we suppose might mean something to us. We should also leave a section of empty spaces for surprises and chance discoveries.”

I took a small Post-It note and at its head wrote, “My Canon.” I underlined it. I made little bullet points and wrote down the books I’d already picked out. Then I went and stood in front of our poetry books, and I added The Iliad. I had read Homer during my A-Level in Classics, and the teacher—a middle-aged man who, if interrupted, would remove his shoe and crack the heel against his desk—adored it so much that it was impossible not to fall in love, too. In a few classes he contextualized, analyzed, and made Ancient Greek poetry as contemporary as any T. S. Eliot Prize winner. I then added Leaves of Grass because two years ago, with no money, no confidence in my writing, and enough self-pity to fill a Creative Writing seminar, I read Whitman on my bedroom carpet and cried.

Later, I added the best of Vonnegut’s novels, Mother Night, about which I had written an abysmal undergraduate dissertation, and White Teeth by Zadie Smith. I remember a lecturer once explaining the theory of a literary triangle, three events in literature that define all that has followed. In her triangle, there was Shakespeare, the Bronte sisters, and the Holy Bible. For me, if Emily Bronte and John Steinbeck are two corners, then White Teeth is my third; there are novels that must be read at the right age, and Smith arrived to me exactly when I needed her. Huge, sprawling, and beautiful, that book dissolved so many of my self-doubts and preconceptions, that I wonder how different my writing would be if I hadn’t read it. I wrote it on my list. And then I waited for the list to grow.

It still hasn’t. It is still on my wall beside a postcard print of a Turner painting. I know there are others I will add; Chekhov’s later stories, and something of Carver and Sontag, Vidal and Dickinson. The likelihood is that I already know what I’ll take without writing them down. In the moment where I have to decide, I’m certain my hands will choose automatically—the ones I would save if there was a fire.

But what about those books of the second variety, those I’ve yet to read but might become significant? There are plenty on my shelves that I feel possess a resonance even before I’ve opened the cover. But what about something like Ali Smith’s Seasonal Quartet, of which I’ve read half? Do I take with me Autumn and Winter, Spring and (when it is published) Summer? Given that the first two have provided me with so much joy within a pessimistic Britain, ought I keep together read and unread? Some of these will, finally, be coming with me to Montréal, books known and unknown. Some will refuse to be what I anticipated. However excellent they might be, books can slip off like water.

But then there is the third category, what Calvino calls, “a section of empty spaces for surprises and chance discoveries.” Which, in summary, is what my Canada will be: chance discoveries, surprises, empty spaces. And no doubt over there, where the snow exceeds English reality, books will grow just as abundantly.

Connor Harrison is a writer based in the West Midlands, UK, and holds an MA in Nineteenth-Century Literature and Culture. His essays and reviews have appeared at Storgy, The Disclaimer, and in accompaniment to the 2018 'Flipside' Exhibition at the Fold Gallery, London. He has upcoming work at Anthropocene Poetry. 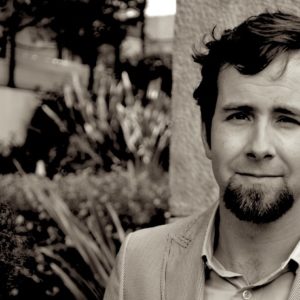 It’s late in Lisbon at this, the second Fado club of the night, and I really shouldn’t be ordering a bottle of wine but the singing...
© LitHub
Back to top