Home Book Giveaway for A Death in the Rainforest

Book Giveaway for A Death in the Rainforest 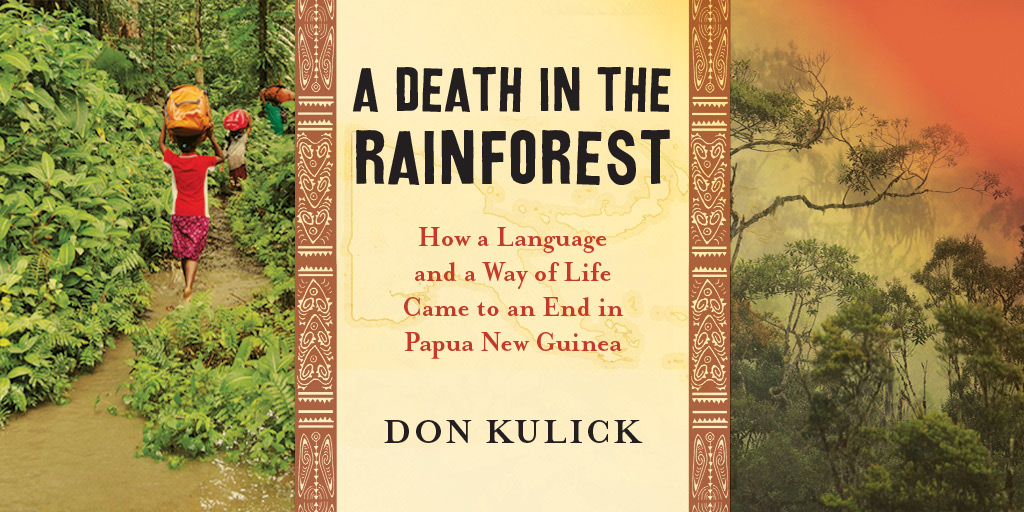 Win A Death in the Rainforest by Don Kulick

As a young anthropologist, Don Kulick went to the tiny village of Gapun in New Guinea to document the death of the native language, Tayap. He arrived knowing that you can’t study a language without understanding the daily lives of the people who speak it: how they talk to their children, how they argue, how they gossip, how they joke. Over the course of thirty years, he returned again and again to document Tayap before it disappeared entirely, and he found himself inexorably drawn into their world, and implicated in their destiny. Kulick wanted to tell the story of Gapuners—one that went beyond the particulars and uses of their language—that took full stock of their vanishing culture. This book takes us inside the village as he came to know it, revealing what it is like to live in a difficult-to-get-to village of two hundred people, carved out like a cleft in the middle of a tropical rainforest. But A Death in the Rainforest is also an illuminating look at the impact of white society on the farthest reaches of the globe—and the story of why this anthropologist realized finally that he had to give up his study of this language and this village.

An engaging, deeply perceptive, and brilliant interrogation of what it means to study a culture, A Death in the Rainforest takes readers into a world that endures in the face of massive changes, one that is on the verge of disappearing forever.