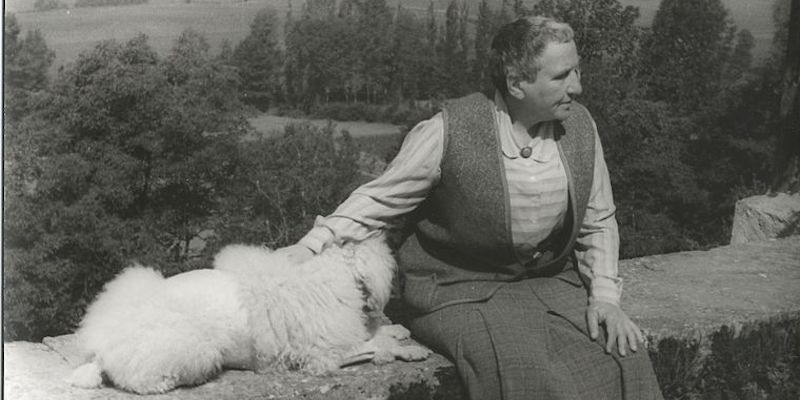 “In short he is a happy fool, and a great comfort, and some day you will meet.”

Iconic modernist novelist and poet Gertrude Stein adored dogs—so much so that she and her partner, Alice B. Toklas, owned, at various points, multiple Chihuahuas and three white poodles in succession, all named Basket. This passion was also shared by the couple’s friend, the noted critic Alexander Woollcott, and, as 1935 came to a close, she wrote to him with an update on Basket number one, a supremely pampered dog she and Toklas bought at a Paris dog show in 1929 and bathed in sulphur water each morning.

I want to tell you all about Basket, but first how touched I was by your story, it was a lovely story, and a beautiful to me finish to the war story of the Lonesome Pine, one’s biography by song is interesting, when young adolescence dreamed in A Spanish cavalier stood on his retreat and on his guitar played a tune love, and my medical school was accompanied by And the moon was shining bright upon the Wabash and the moon was shining bright upon the sea, the men used to croon that while we worked, and in the public schools it used to be come with thy lute to the fountain sing me a song of the mountain, and I have no idea who wrote any of them either words or music, but you will know, and that too is a most enormous pleasure, but I want to tell you about Basket, Basket did one thing that was lovely when we came back from the country he had no basket in which to sleep, he has one in the country and he had one here but when we left him and his basket when we were in America he was so miserable that he tore his basket all up, so when we got to Paris I put down a blanket and he slept on it not too unhappily and then after a couple of days one day while I happened to look at him he deliberately tried to fit himself into the little Mexican dog’s basket, he solemnly tried he protruded first one side and then the other never looking at me but solemnly trying to fit himself into the tiny basket, it was one of the most comical and one of the most reproachful things I have ever seen, of course I immediately took him out and bought him a basket, the matter has never again been mentioned between us, I think I told you that once when Basket was playing with his ball, by the way Basket’s vocabulary all goes with b. he has bed and basket, and beg and bone and ball, he only talks in bs well the little Mexican got Basket’s ball and sat on it and I looked up and there was Basket making the beau sitting up and begging for the ball, the little Mexican looked up at him as if he had gone mad and went on chasing the ball, for the first time in his life Basket had sat up and begged and not gotten what he asked he was disillusioned and there were tears in his eyes he has never been quite the same trusting dog since, he is a darling and I do hope someday you and he will meet, he is perhaps too friendly he errs on that side, and even when another dog bites him, he is convinced that it was an accident, he cannot accept it as intentional, he keeps his spirit pure and even when the little lambs in the village follow him because they think he is a sheep and the mother sheep butts him because she thinks he is leading off her babies to destroy them, he is just surprised.

He only barks when the little Mexican tells him to, and he also only chases chickens when the little one leads the way, in short he is a happy fool, and a great comfort, and some day you will meet, there have I written you a lovely letter about Basket, there he is all white on the rug and sends you his best, merriest of merry Christmases as you are giving every one 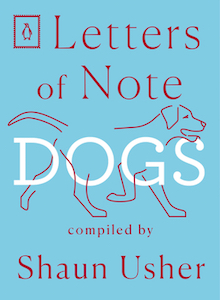