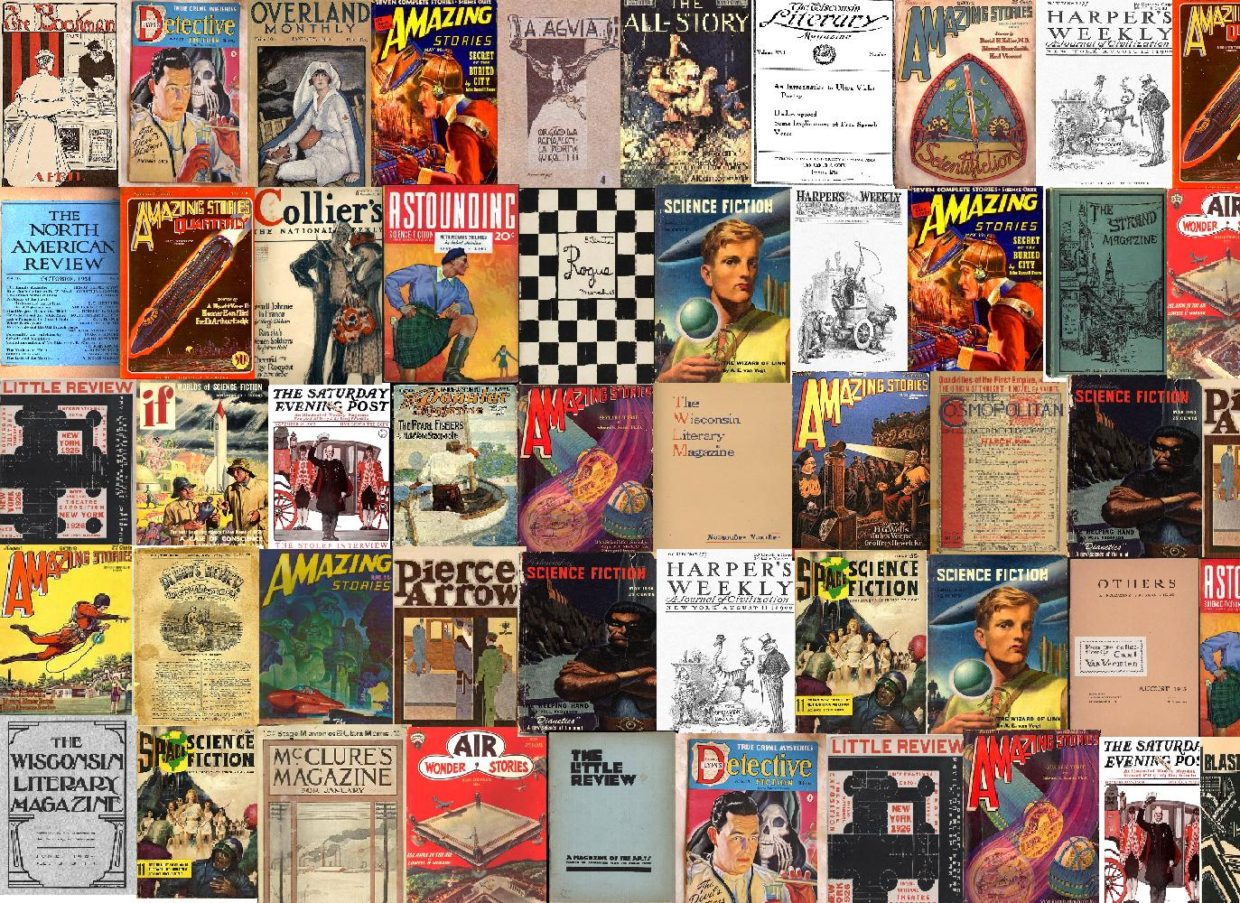 13 Questions to Ask Before Submitting to a Literary Journal

Erika Dreifus on Her Approach to Sending Out Writing

A writer friend recently asked me a brief but not-so-simple question: How do you decide where to send your work?

In other words: Faced with seemingly infinite lists, calls for submissions, classified ads, databases, and fair-and-festival tables, how do I select which journals and magazines to send my work to with the hope that, after editorial review, my pages may indeed find proverbial “homes” online and/or in print?

In some ways, it seems that I have approached this question un-systematically. After all, I began sending work out steadily more than 15 years ago. Back then, I was an MFA candidate, specializing in fiction, and virtually all of my submissions were short stories.

From today’s vantage point, the literary-journal landscape of that time seems almost tiny. Few online litmags existed; the vast majority of my submissions went (via postal mail! accompanied by self-addressed, stamped envelopes [SASEs] for responses!) to print magazines and journals. No one was sharing links or lists of favorite publications via Facebook or Twitter (yes! there was life before Facebook and Twitter). There was no Duotrope (which launched in 2005). NewPages might have been around—I’m told that its first online iteration appeared in 1999—but I hadn’t yet discovered it.

For quite some time, I learned about literary magazines—and read and analyzed them to ascertain whether I’d send in my own work for possible inclusion—entirely offline. I subscribed to some. I visited bookstores and libraries to investigate others. I exchanged sample copies with friends and classmates. I filled tote bag after tote bag at the AWP (which then stood for “Associated Writing Programs”) Bookfair. I consulted the Writer’s Digest tome. I checked the back pages of each year’s Best American Short Stories volume for new discoveries within the list of “Editorial Addresses of American and Canadian Magazines Publishing Short Stories.” And of course, I heeded the advice of my writing teachers, especially when they were generous enough to recommend a specific “match” for my work, or, even more generously, suggest that I mention in my cover letter that I’d been so referred.

When those SASEs came back, they typically held rejection notes. Sometimes, those notes included personal—often, handwritten—messages from editors, encouraging me to send other stories for them to consider. Far less frequently, the SASE held an acceptance (I can still recall, clearly, standing beside my mailbox the moment I opened what turned out to be a note from then-TriQuarterly editor Susan Firestone Hahn, informing me that the magazine would publish my story “Matrilineal Descent.”)

Fast-forward 15 years. So much has changed. For starters, these days my submissions are mostly poems, with the occasional essay mixed in; fiction-writing and I no longer have the same relationship we once did. And most acceptances or rejections arrive via email. But on a less personal level, the entire landscape is different, too.

So how do I make sense of all the possibilities that now stretch before me? How do I advance beyond discovering them to selecting the most propitious possibilities? Although I didn’t necessarily think of it quite this way before I received my friend’s question, I have realized that I ask at least 13 questions when considering a publication as a potential venue for my writing.

2. Do I like the presentation of the work that it publishes?
Is the journal visually appealing? Is it competently edited and proofread? Is it, in other words, pleasing in both style and substance?

3. Will I be proud to share work that is bylined in this publication?
Close cousin to the first two questions. There’s no point in sending my work somewhere I may not be happy to see it published. (Admittedly, judging this can be tricky with new or “fledgling” venues; in such cases, I typically wait to see at least one finished product. But if I’m unusually impressed by an initial call and/or website, I may take a risk and send something in anyway.)

4. Who is on the masthead?
No, I’m not about to say that I won’t deign to have my work evaluated by student editors who, at this point, may be young enough to be my children. Far from it. But I will tell you that if I have had a personal, professional, and/or political conflict with an editor, I won’t risk reviving unpleasant associations by sending work their way. Conversely, I tend to give extra consideration to publications that are edited by friends, colleagues, and other acquaintances whose work I already respect.

5. Does the journal pay?
Not paying isn’t necessarily a deal-breaker—especially if I’m sending work that has been rejected several times elsewhere. But I prefer strongly to be paid for my poems and prose pieces. (And when I share calls and similar opportunities with other writers via my newsletter and Practicing Writing blog, I share paying opportunities only; this, I believe—and other writers have told me—differentiates and adds value to the resources that I am trying to contribute as a good “literary citizen.”)

6. Does it accept simultaneous submissions?
Again—not always a deal-breaker. But I submit work to journals that require exclusivity infrequently, and I’m more likely to do so when a quick response is promised.

7. Does the magazine receive submissions electronically?
Also not a deal-breaker, especially since I’m sending out mostly poetry these days, and postage costs are less onerous than when I was submitting mostly (long) short stories. (Plus, I maintain an ample supply of Forever stamps.) Moreover, I can’t help suspecting that the added “work” of assembling a tangible submission packet may limit the pool of submitters and therefore boost the likelihood of an acceptance. But I appreciate the ease of electronic submissions. Greatly.

8. Will it consider previously published material?
A negative answer here is definitely not a deal-breaker (unless, of course, I’m seeking to re-publish something).

9. Does the magazine or journal charge a submission (or “reading,” or “administrative,” or “processing”) fee?
In this case, the response can be a deal-breaker for me: I will not pay a submission fee to send my work to a journal that doesn’t pay its writers. And only rarely will I pay a fee otherwise. (I know that this topic is controversial; I’ve absorbed many of the justifications and rationalizations for such fees. But here’s my view on the matter, both in terms of my own submissions and, again, in the context of the listings I share on my blog and in my newsletter.) I do try to be attentive to—and am grateful for—announcements of brief “fee-free” submission periods offered by otherwise fee-charging publications.

10. When is the magazine open for submissions?
At the most fundamental level, a publication’s own schedule helps me organize and prioritize my submissions. If Journal A’s submission window is closing soon, I will focus on it more quickly than I will on Journal B, which reads throughout the year. And if Journal C is closed to submissions at present, I will obviously delay there. (iCal notes help me keep track of this timing-related information.)

11. Is it a “niche” or otherwise themed publication for which I have work available?
To various degrees, much of my work deals with a handful of themes. So when I’m ready to send out a few new poems inspired by the Bible, for example, I’m likely to consult journals that engage explicitly with faith/religion. (Which isn’t to say that I will exclude or neglect non-themed publications.)

12. Is it a “generalist” publication currently seeking work on a theme/in a form for which I have work available?
Since I’m attentive to announcements and calls shared via newsletters, classifieds, and social media, news of an exceptional opportunity will focus my attention on a specific journal.

13. How does the journal participate in communities of readers?
Part of my purpose in seeking publication is to have my work reach readers. So if the journal is active—if it has a significant, smart, diverse readership as (possibly) suggested via circulation numbers or social-media engagement—that’s a definite plus.

Such are many factors I consider when sifting through the lists, announcements, and databases. What might you add?

Erika Dreifus is the author of Quiet Americans: Stories, which was named an ALA/Sophie Brody Medal Honor Title for outstanding achievement in Jewish literature. Stories in that collection were published, sometimes in slightly different versions, in Solander: The Magazine of the Historical Novel Society, J Journal: New Writing on Justice, TriQuarterly, Southern Indiana Review, Jewish Education News, Mississippi Review Online, and elsewhere. Erika is currently at work on a poetry manuscript tentatively titled Birthright. Since 2004, she has published The Practicing Writer, a free and popular e-newsletter for fictionists, poets, and writers of creative nonfiction. She lives in New York City, works as Media Editor for Fig Tree Books LLC, and teaches occasionally at MFA programs, writing conferences/centers, and libraries.
http://www.ErikaDreifus.com 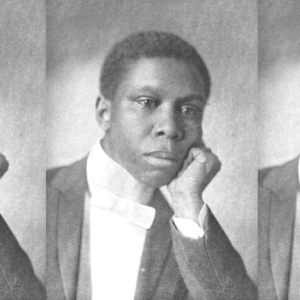 Eileen Myles on guns, gays and pride. | Literary Hub Why superheroes are bigger than their stories. | Literary...
© LitHub
Back to top